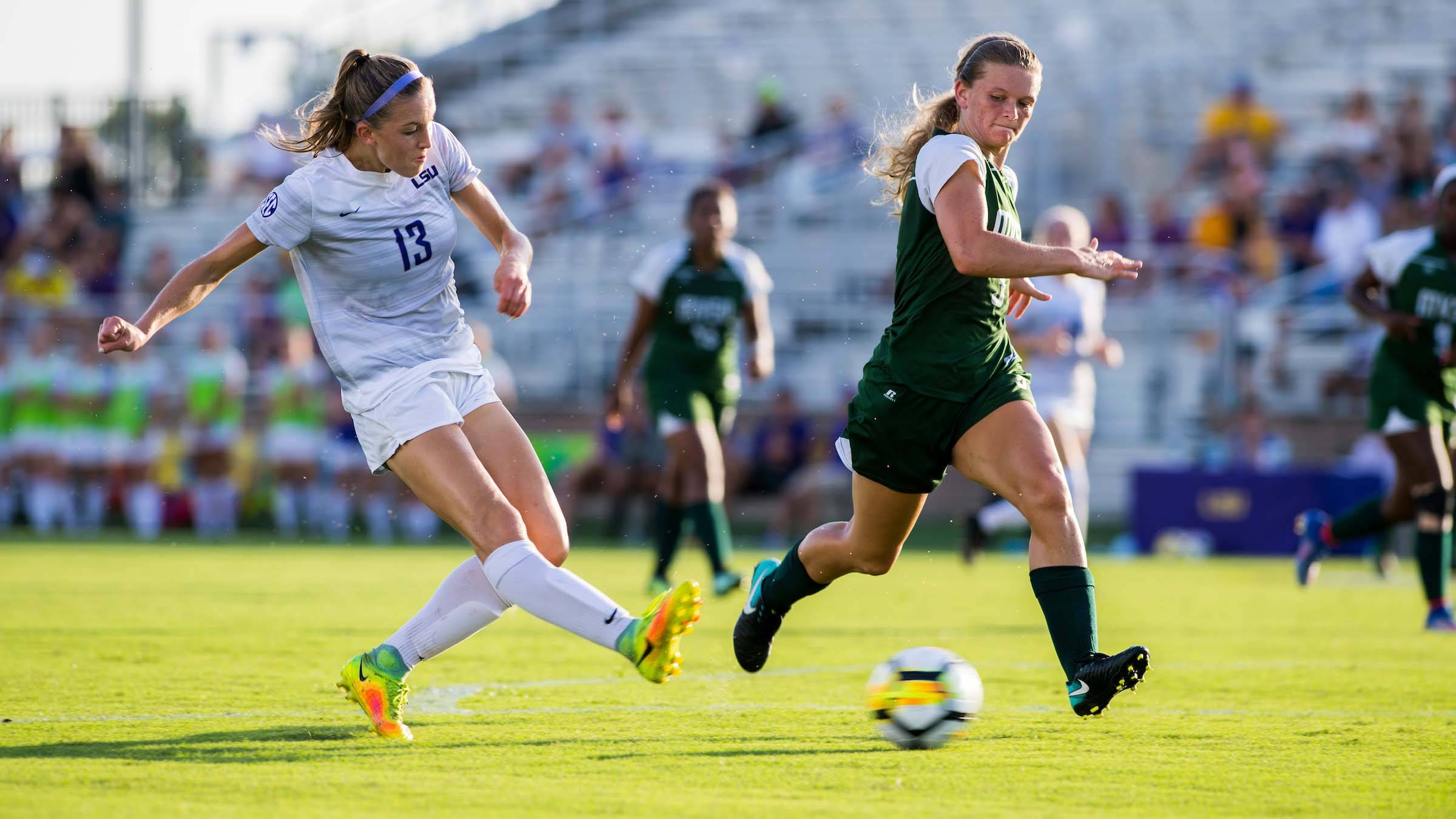 BATON ROUGE – Fresh off a 5-0 win over Mississippi Valley State in their season opener at the LSU Soccer Stadium on Friday night, the Tigers head to Hamilton, New York, for their first road test of the 2017 season as they face the Colgate Raiders on Sunday with kickoff set for 6 p.m. CT at Beyer-Small ’76 Field.

The Tigers are looking to turn the tables on Colgate after the Raiders came away as 2-1 winners in the first ever meeting between the two sides in Baton Rouge a year ago. The task will not be easy as Colgate returns an  experienced squad of eight starters and 18 letterwinners from the 2016 season, including three of All-Patriot League in senior captain Eliza Doll and sophomores Abby Sotomayor and Dom DeMarco.

Sotomayor is sure to fire the Raiders into title contention in the Patriot League this fall as the team’s top scorer a year ago with nine goals and 19 points en route to 2016 Patriot League Rookie of the Year honors.

“We’re excited to with our start to the season with a win last night, but the challenge now is playing our first competitive 90 minutes at home, traveling today and facing an excellent Colgate team on their home field in less than 48 hours,” said LSU head coach Brian Lee. “Kathy Brawn is a well-established coach in our sport, and she has her squad ready to challenge for the Patriot League title again this season.”

Freshmen fired the Tigers to their opening win against Mississippi Valley State on Friday night as England youth international Tinaya Alexander scored two goals and picked up an assist while forward Dana Reed bagged a goal and two assists of her own and midfielder Lucy Parker scored the team’s fifth en route to a 5-0 win.

Also opening her account this season against the Devilettes was senior striker Zoe Higgins as she scored the fourth goal of the match just 23 seconds ahead of Parker’s strike for the final margin in the match.

After traveling to upstate New York for their first road trip of the 2017 season, the Tigers return home next Sunday, Aug. 27, when they play host to the visiting Lamar Cardinals in a match scheduled to kick off at 6 p.m. CT at the LSU Soccer Stadium. They will head back on the road Thursday, Aug. 31, with a trip to Washington, D.C., to face George Washington at 4 p.m. CT.