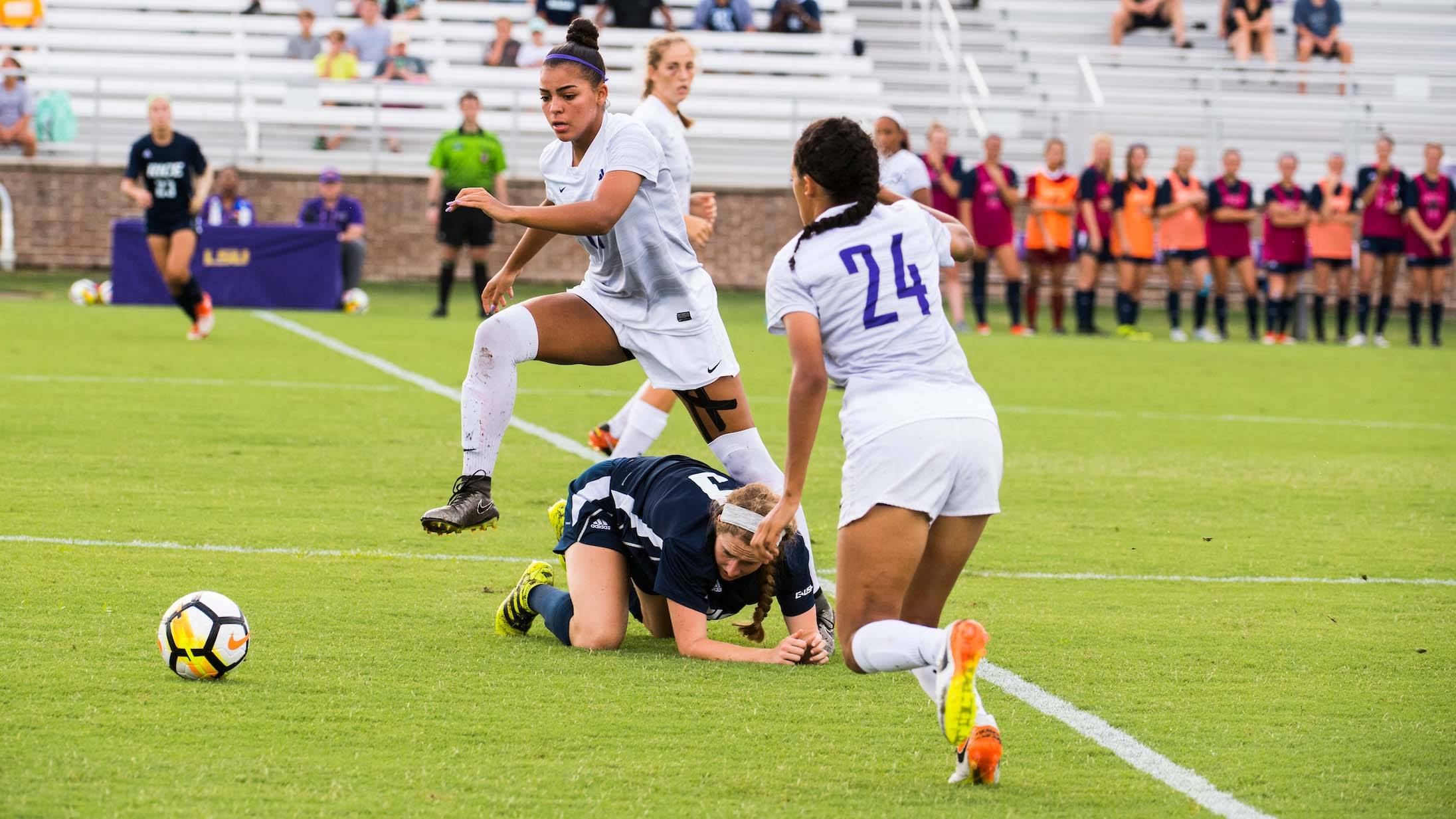 BATON ROUGE – With just over two weeks of preseason training in the books, the LSU Soccer team is ready to open up the University’s 2017-18 athletic season on Friday night when it welcomes Mississippi Valley State to the LSU Soccer Stadium in Baton Rouge for a match that is set to kick off at 6 p.m. CT.

Fans can “Geaux Free!” to each of LSU’s 10 home matches during the 2017 regular season as admission is absolutely free at the LSU Soccer Stadium once again this fall, compliments of The Advocate.

Those unable to attend LSU’s season opener Friday night are invited to follow the action on social media as live results are available by following @LSUSoccer on Twitter at http://twitter.com/lsusoccer and Instagram at http://instagram.com/lsusoccer and by liking the LSU Soccer page on Facebook at http://facebook.com/lsusoccer.

Mississippi Valley State poses a dangerous threat to the Tigers right out of the gate as the Devilettes return the NCAA’s third-leading goal scorer from the 2016 season when senior Laadi Issaka bagged 19 goals in her 16 starts last fall. Seventeen of Issaka’s 19 goals were scored while leading MVSU to a 5-3-2 mark in Southwestern Athletic Conference play in 2016.

Issaka trailed only the 21 goals scored by Connecticut’s Stephanie Ribeiro and Dayton’s Alexis Kiehl on the NCAA’s goal-scoring list, while her 41 points also tied for the No. 8 spot nationally for the 2016 season.

The Devilettes arrive in Baton Rouge on the back of a 1-1 draw in their preseason friendly at Louisiana-Lafayette on Sunday night where Issaka was again on the mark with a well-taken opener in the first half. ULL came back into the match with a leveler near full-time to rescue a draw in the closing stages.

Mississippi Valley State is led by second-year head coach Sean Mapson, who joined the program ahead of last season following a five-year stint as an assistant coach at the University of Southern Mississippi. MVSU is a favorite for the SWAC title in 2017 while just two years removed from its last conference championship during the 2015 season.

“Sean (Mapson) is one of the best young coaches in the country, and we expect their team to compete for the SWAC championship this season,” said LSU head coach Brian Lee. “With the firepower they’ve got up top, it’s going to be a tough test for our team to open the season as we look to get off on the right foot.”

After opening up their 2017 season with a home game against Mississippi Valley State on Friday night, the Tigers travel to Hamilton, New York, for their first road trip of the season as they square off against the Colgate Raiders on Sunday night at 6 p.m. CT at Beyer-Small ’76 Field. They then return home Sunday, Aug. 27, for a match against Lamar that is set to kick off at 6 p.m. CT at the LSU Soccer Stadium.