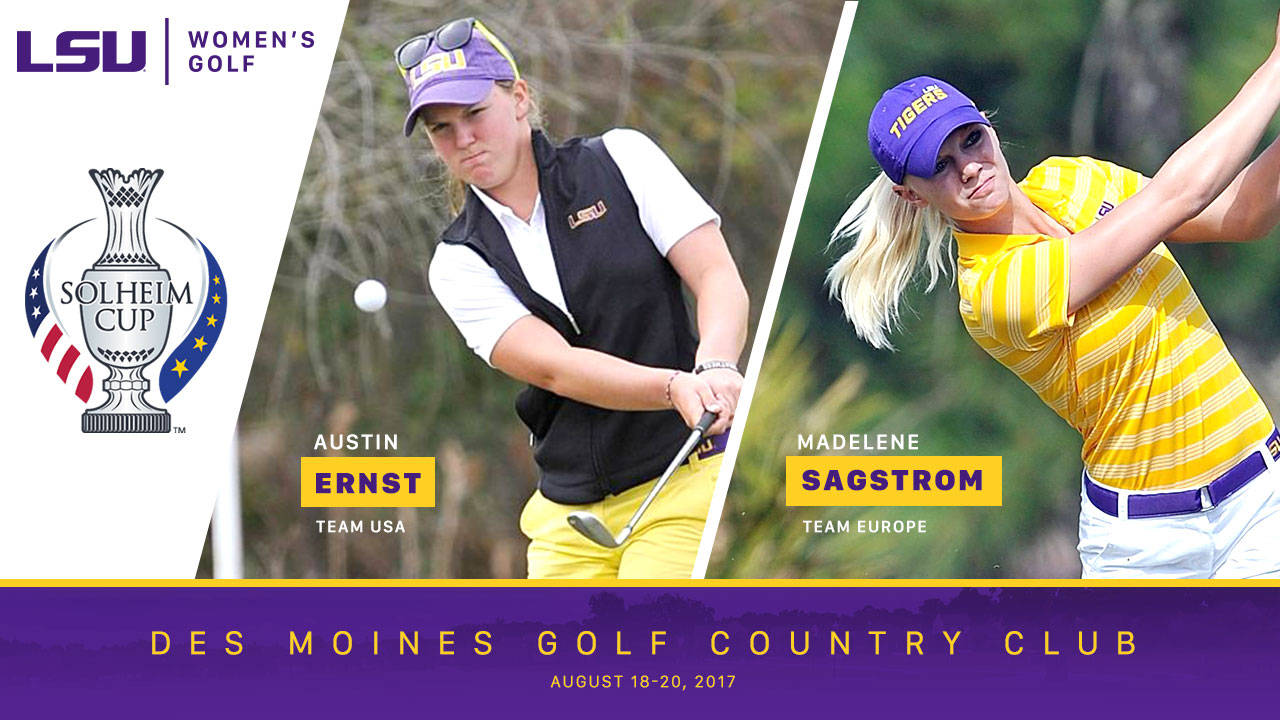 DES MOINES, Iowa – When the Solheim Cup women’s golf event begins between the United States and Europe on Friday, the dream of two former LSU women’s golf stars will be realized in completely different ways.

For Austin Ernst, the 2011 NCAA Individual Champion as a freshman who helped LSU to back-to-back team third place NCAA finishes in 2011 and 2012, her first U.S. Solheim appearance probably comes two years later than she thought it would.

Ernst was hoping she would be a captain’s pick in 2015 and for much of 2017 it looked like she would play her way in on points rather than being a captains pick,

“I think when you look at the end of your career, you look at, okay how did I play? What tournaments did I win? How many Solheim Cups did I get to play on? How many did we win? I think its right up there in that category of majors and wins,” Ernst said.

Sagstrom was given the suggestion by Solheim officials and Captain Annika Sorenstam that even with her LPGA membership from her Symetra success she should attempt to qualify for the Ladies European Tour. She not only qualified, but she won. While Ernst has five years on the LPGA Tour, this rookie with success this year will step on the tee sometime this weekend with a partisan American crowd looking on.

“It’s a very natural and just fun environment to be around,” Sagstrom said at her press conference. “It’s been building up all week, so it’s kind of starting off slow and then you are building it up day-to-day. So I’m taking it slowly, but I think it’s starting to hit me soon. I’ll be excited when the matches start on Friday.

Both Coach Karen Bahnsen and assistant Alexis Rather are on the grounds at the Des Moines Golf & Country Club to take in this first-ever appearance by LSU players in this international event.