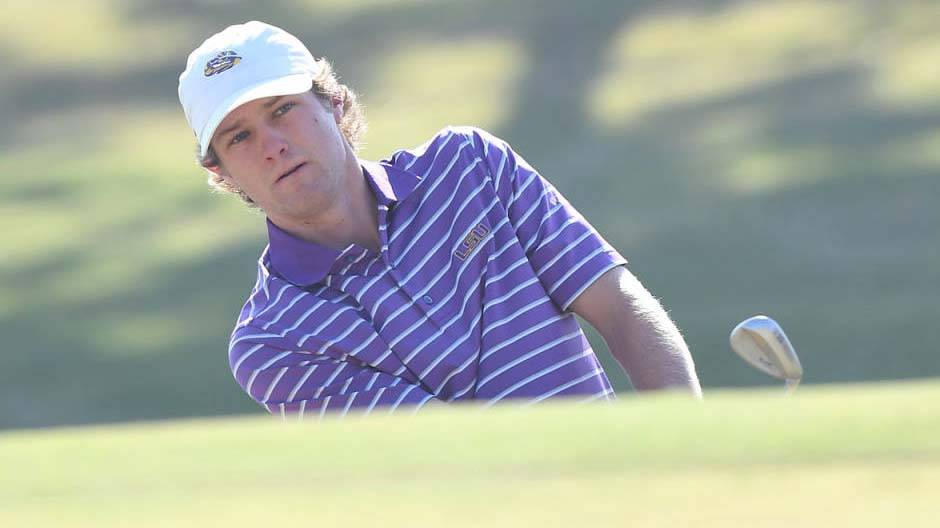 LOS ANGELES – Three LSU Tigers saw their run at the 117th United States Amateur Championship come to an end in the first round of match play as NCAA Division I Jack Nicklaus National Player of the Year Sam Burns, junior Nathan Jeansonne and sophomore Philip Barbaree each fell in the Round of 64.

Barbaree, the No. 11 seed after tying for eighth place in stroke-play qualifying on Tuesday, came closest to advancing to the second round at Riviera Country Club as Wake Forest’s No. 54 seed Will Zalatoris earned a 1-up win in a back-and-forth match that went all the way to the 18th hole.

Barbaree took a 1-up lead on four separate occasions in the match while winning the par-four first, par-four third, par-three sixth and par-four ninth holes, but Zalatoris squared the match each time and even took a 1-up lead himself three times on the back nine. The Demon Deacon standout closed out the match with a birdie at the par-four 18th hole to advance to the Round of 32 on Thursday.

Jeansonne, seeded No. 40 in match play, went down 3-and-2 to Charleston Southern’s Arthur Griffin in a match that was all square through 13 holes. Jeansonne actually faced a 2-down deficit through five holes on the front side before squaring the match at the turn with pars at Nos. 6 and 7 and a birdie at the par-four ninth hole. After dropping the par-four 10th and par-five 11th holes heading to the back nine, he came back from a 2-down deficit again with wins at Nos. 12 and 13. But Griffin reeled off three-straight wins to close out the match 3-and-2.

Australian Shae Wools-Cobb took a 1-up lead over Burns on the very first hole of their match and never looked back as he advanced to the Round of 32 over the Tiger All-American by a 2-and-1 scoreline. Cobb led by as much as 4-up with four holes to play. While Burns closed the gap to two holes with pars at Nos. 15 and 16, both players birdied the par-five 17th hole to give Cobb the 2-and-1 victory.