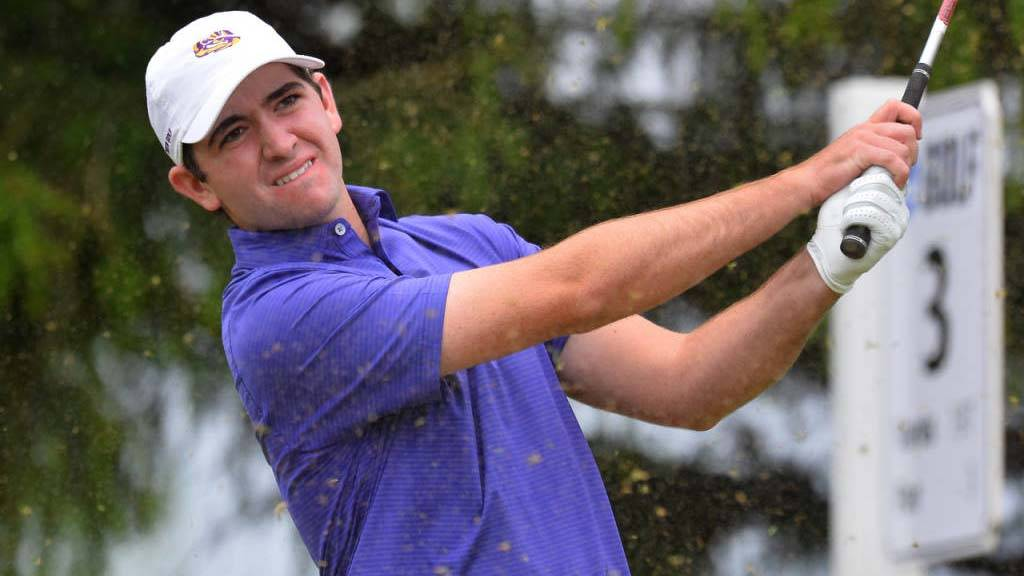 LOS ANGELES – LSU’s rising sophomore Philip Barbaree broke par in Monday’s opener at the 117th United States Amateur Championship as he posted a 1-under par 69 at Bel-Air Country Club to finish the day tied for 15th place among the 312 players in the field and set the pace among the five Tigers in the first round.

Riviera Country Club and Bel-Air Country Club are playing host to 36 holes of stroke play qualifying before the field is cut to 64 players competing in match play back at Riviera beginning Wednesday.

Barbaree eagled his very first hole of the first round at the par-five first hole and dropped as low at 3-under par for his round with a birdie at the par-three fifth hole before making the turn at 2-under par overall. After falling back to even-par through 16 holes, Barbaree ended the day in red figures when he birdied the par-four 18th for a final 1-under 69.

The Shreveport native heads into Tuesday’s second round in a tie for 15th place on the leaderboard and three shots clear of the projected cutline as he will next play Riviera Country Club beginning at 4:10 p.m. CT.

Sophomore Sam Burns, the 2017 NCAA Division I Jack Nicklaus National Player of the Year, and Class of 2017 signee and incoming freshman Jacob Bergeron of Slidell, Louisiana, tied one another for 61st place in the field as Burns opened the championship with a 2-over 72 at Riviera Country Club and Bergeron added a 2-over 72 of his own at Bel-Air Country Club to finish the day on the cutline.