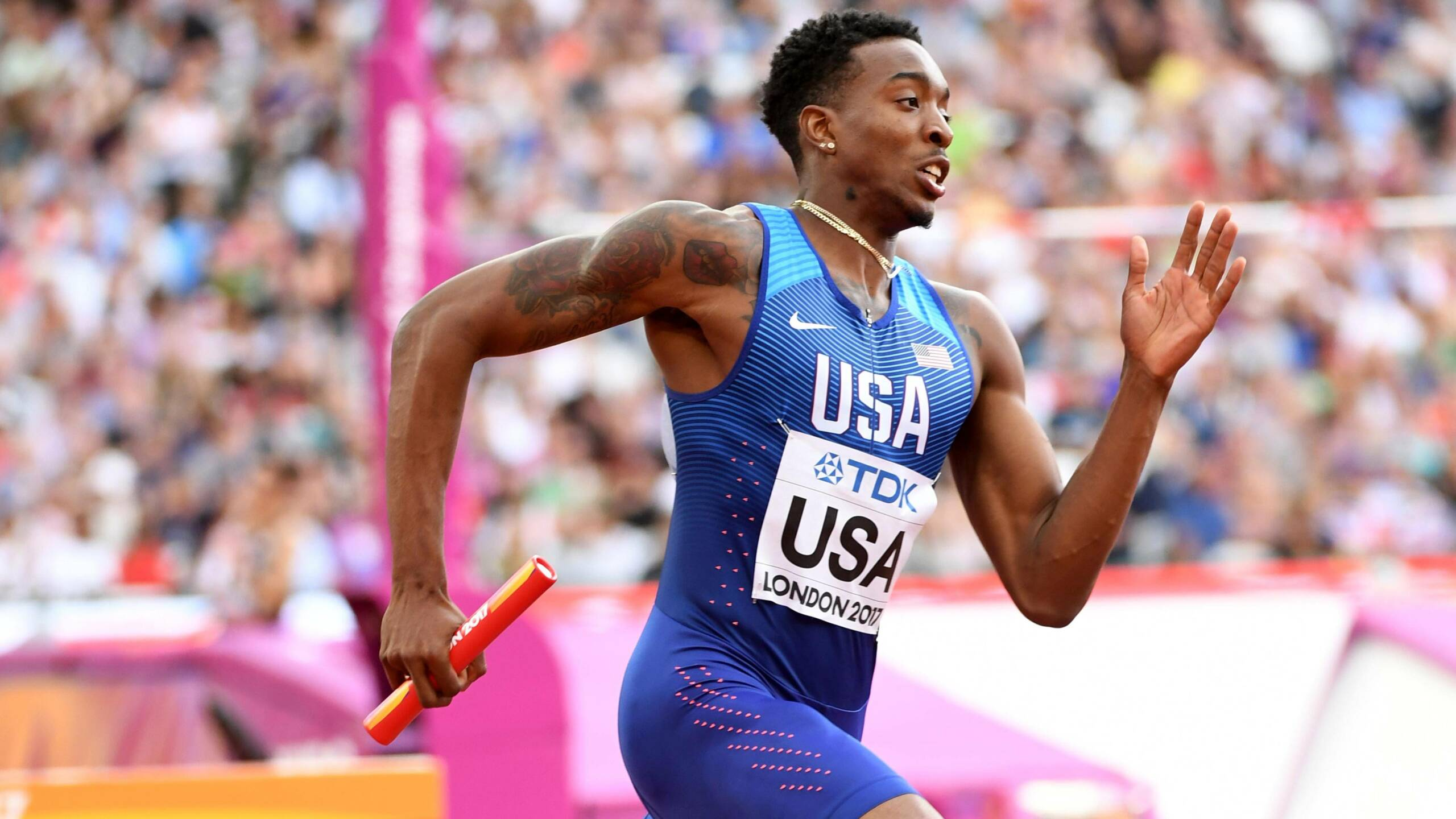 LONDON – Senior Michael Cherry became the second LSU Tiger in as many days to climb the medal podium at the London Stadium when he won silver as a member of the United States’ 4×400-meter relay team that helped close the curtain on the 2017 IAAF World Championships in Athletics on Sunday night.

Cherry split 45.10 seconds on the third leg of the team that posted the second-fastest time in the world this season at 2 minutes, 58.61 seconds as the United States finished runner-up to Trinidad & Tobago.

Teaming with the likes of Wil London III (44.80), Gil Roberts (44.00) and Fred Kerley (44.71) in the final event of the meet, Cherry helped Team USA establish a new national record with its 30th medal at this year’s World Championships to nearly triple Kenya’s 11 medals won in the last 10 days of competition. Trinidad & Tobago won the World title in the event with a winning 2:58.12 with Great Britain winning bronze in 2:59.00.

The Americans were poised to win yet another gold medal in the 4×400-meter relay before Lalonde Gordon overtook Kerley near the finish line to deliver the World title to Trinidad & Tobago for the first time.

Also closing out this year’s IAAF World Championships in Athletics in Sunday’s finals was former Lady Tiger All-American Charlene Lipsey, who placed seventh in her first World final in the women’s 800 meters running a time of 1:58.73. South Africa’s Caster Semenya struck gold in 1:55.16 while Burundi’s Francine Niyonsaba scored the silver in 1:55.92 and USA’s Ajee Wilson won the bronze medal in 1:56.65.

Lipsey closed the book on a breakout 2017 season that saw her emerge as one of the World’s best 800-meter runners with a lifetime best of 1:57.38 to rank No. 7 in the updated World rankings following the meet.

LSU’s alumni were impressive throughout this year’s IAAF World Championships in Athletics as seven of the program’s 10 total athletes in the championship advanced to finals in nine different events since the first day of the meet on Aug. 4.