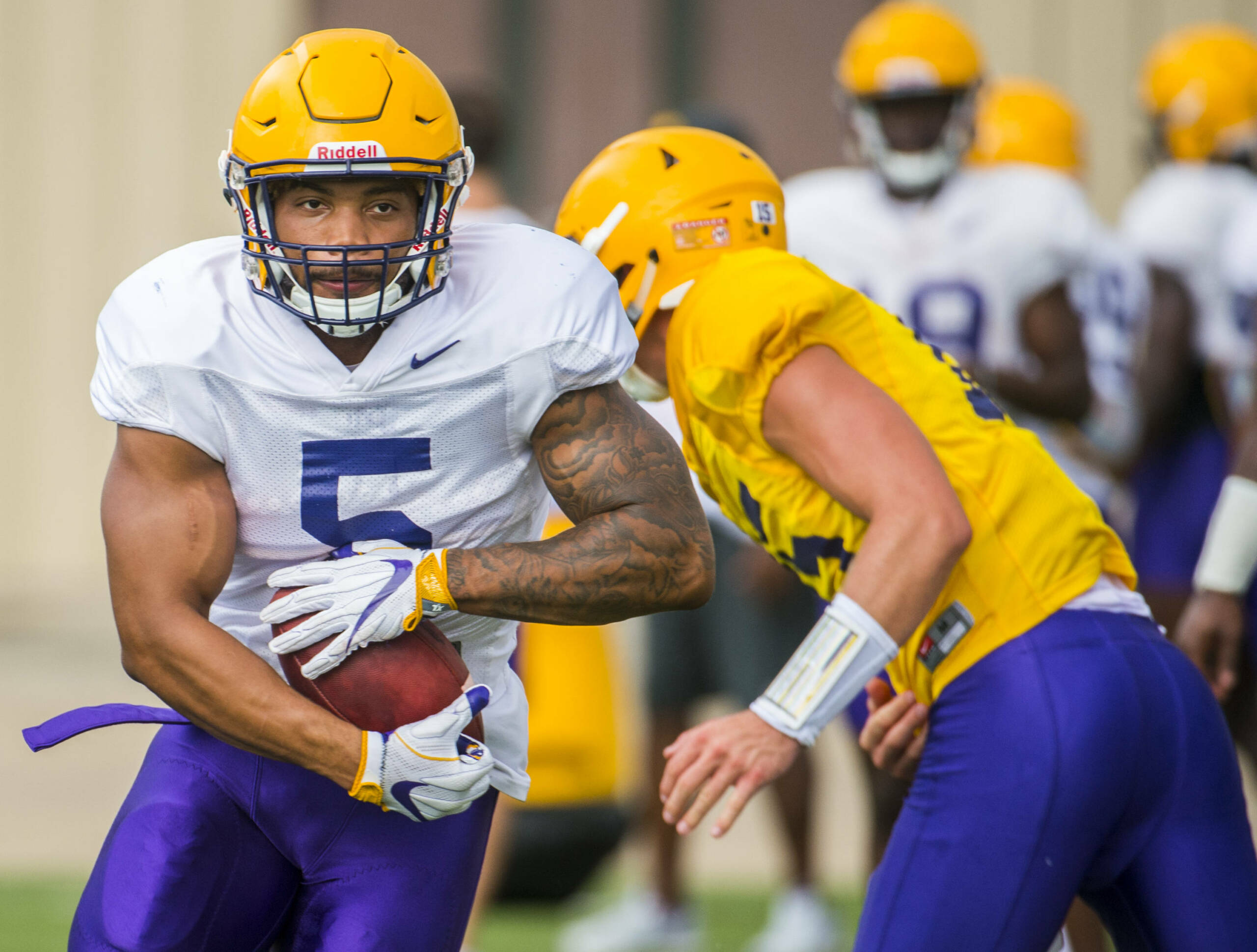 BATON ROUGE – Ed Orgeron will put LSU through its second scrimmage of training camp on Saturday as the Tigers are scheduled for a 100-play workout in Tiger Stadium.

Saturday’s scrimmage will wrap up the second week of preseason practice for the Tigers. LSU’s four scrimmages are being treated as preseason games by Orgeron and the coaching staff as the Tigers continue to work towards their season-opener against BYU on September 2 in Houston.

Special teams will be one area the Tigers will focus on during Saturday’s preseason game.

“It’s one-third of the game and that’s why we brought in Coach (Greg) McMahon,” Orgeron said. “Obviously, he’s (McMahon) coaching the coaches. Everybody is into it. The assistant coaches are into it. I’m into it. I’m helping in every phase that I possibly can. We have great athletes. We are more aggressive. We are coaching more details.

“We are treating special teams period just like we treat offense and defense. We expect the guys to give the same effort and the same technique. Hopefully, we will see a big difference.”

LSU’s second preseason game will feature the 1s vs. 1s and 2s against the 2s and will also include the two-minute drill.