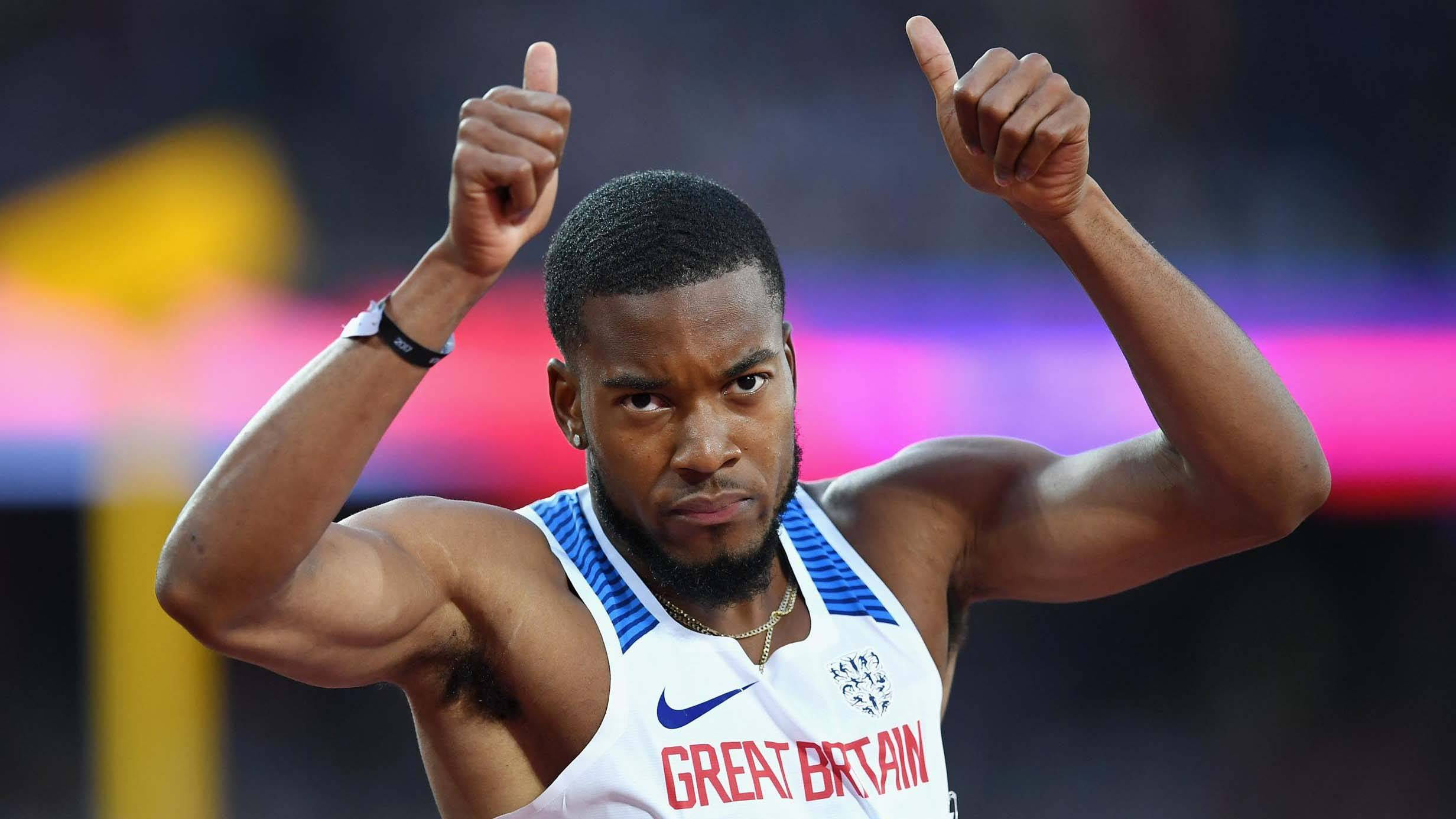 LONDON – LSU graduate Nethaneel Mitchell-Blake of Great Britain came up just one place shy of the medal podium in Thursday’s finale at the IAAF World Championships as he got the home crowd on its feet with a surge down the homestretch before finishing fourth in the final of the men’s 200-meter dash.

Mitchell-Blake, who took his mark in Lane 2 after qualifying third in his semifinal heat on Wednesday, crossed the finish line in 20.24 seconds to finish just 13 one-hundredths of a second off the podium.

With all the talk of 400-meter Olympic Champion, World Champion and World-record holder Wayde Van Niekerk of South Africa becoming the first since Michael Johnson in 1995 to complete the 200/400 double at the World Championships, it was Turkey’s Ramil Guliyev stealing the show with a winning 20.09 (-0.1) in the final to take home the title of 200-meter champion. Van Niekerk scored the silver medal in 20.11.

Trinidad & Tobago’s Jereem Richards matched Van Niekerk with a time of 20.11 for the bronze medal, while Mitchell-Blake edged American Ameer Webb (20.26) for fourth place in his World Championship debut.

“I knew it would be a tough one. No excuses at all,” Mitchell-Blake shared with Athletics Weekly. “Lane 2 is never an ideal lane, but I put myself in that position. I tried to be really aggressive from the start. I had a great tracker with Wayde (Van Niekerk) in front of me, but it wasn’t enough today. I need to learn from it, build on it and come back stronger.”

Mitchell-Blake’s medal hopes are still alive in London as he prepares to run for Great Britain in the men’s 4×100-meter relay on Friday with the qualifying round scheduled for 4:55 a.m. CT followed by the championship final at 3:50 p.m. He will  look to lead the host nation into medal contention along with the likes of 100-meter finalist Reece Prescod and semifinalists Chijindu Ujah and James Dasaolu.

Mitchell-Blake wasn’t the only LSU athlete to line up in Thursday’s finals at the London Stadium as 2015 World Bronze Medalist Cassandra Tate finished seventh in the women’s 400-meter hurdles in 55.43.

Americans Kori Carter and Dalilah Muhammad swept the gold and silver medals in the event as Carter crossed the finish line first with a winning 53.07 followed by Muhammad in second with her run of 53.50. Jamaica’s Ristananna Tracey rounded out the medalists as she climbed the podium with a personal best of 53.74 for the bronze.

Czech Republic’s two-time defending World Champion Zuzana Hejnova was dethroned as she placed fourth in the field with a season’s best of 54.20. Rounding out the finalists were Switzerland’s Lea Sprunger with an effort of 54.59 for fifth, Canadian Sage Watson with a time of 54.92 for sixth and Great Britain’s home favorite Eilidh Doyle with a run of 55.71 for eighth.

Thursday’s events also produced LSU’s sixth finalist of the 2017 IAAF World Championships in Athletics as former NCAA Champion and U.S. Champion Kimberlyn Duncan qualified for her first World final in the women’s 200-meter dash. She clocked 22.73 (-0.2) for the runner-up spot in the second semifinal heat as Bahamian Shaunae Miller-Uibo took the tape in a comfortable 22.49.

Duncan, who is competing in her second World Championships with Team USA after making her debut in Moscow in 2013, will line up in Lane 9 in the final that is scheduled to run Friday at 3:50 p.m. CT.

Also advancing from the qualifying heats early Thursday evening was former Lady Tiger All-American and 2017 U.S. Outdoor Silver Medalist Charlene Lipsey as she won the sixth prelim heat of the women’s 800 meters. Lipsey won the race in 2 minutes, 2.74 seconds to advance to Friday’s semifinal running at 1:35 p.m. CT. 2013 NCAA Champion Natoya Goule of Jamaica finished 22nd overall in qualifying with a time of 2:01.77 in the third heat.