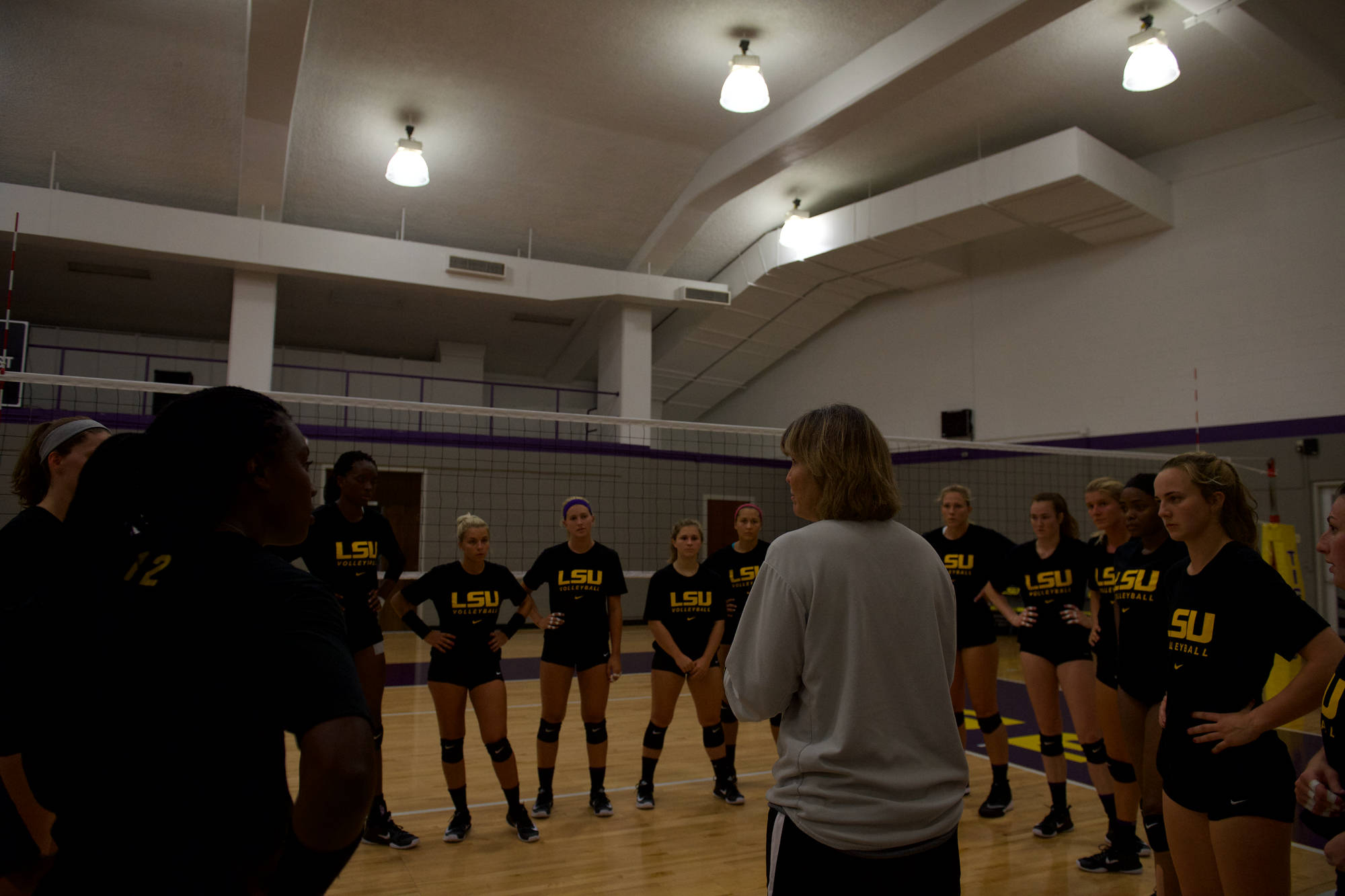 The morning practice marked the first of 18 over the next two weeks in preparation for the season and the squad’s first match on Friday, August 25 against Arkansas Pine Bluff at the USF Invitational.

“We are excited to be in the gym,” Flory said. “This team has worked really hard this summer. We had our entire team here for the summer, including our three freshmen. In the first couple of practices, it’s evident that they did some really good work, and that will bode well for how we succeed this season. I think the returners are doing a great job of increasing and maintaining the culture. I think you are going to see a very different LSU team on the floor this year.”

Preseason camp officially began Tuesday with the first meeting where the team received their equipment for the season. Camp begins a two-week stretch of two-a-days and other team activities.

The Tigers will close out camp prior to the start of the school year with the Purple & Gold Scrimmage and a kid’s clinic on Saturday, August 19. The next day, the team will host its third annual Bump Up the Jam, a student volleyball tournament on the LSU Parade Ground.