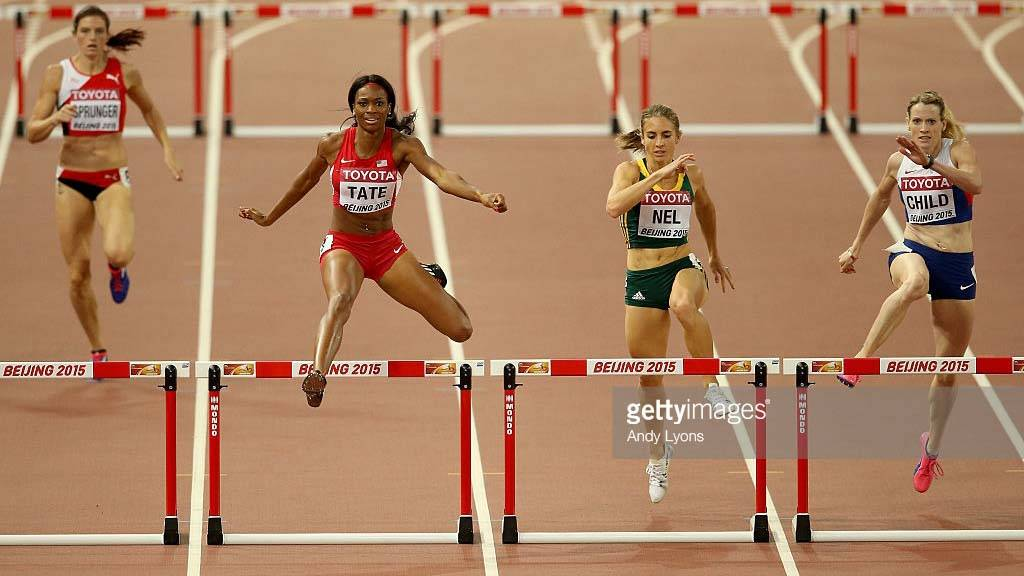 LONDON – Former LSU national champion Cassandra Tate arrived at the IAAF World Championships in Athletics this week as the reigning bronze medalist in the women’s 400-meter hurdles, and she took a step closer to the podium once again while returning to the final during Tuesday’s action at the London Stadium.

Tate advanced as the seventh-fastest qualifier of the day as she ran in 55.31 seconds for third place in the second semifinal behind Jamaica’s Ristananna Tracey (54.79) and Switzerland’s Lea Sprunger (54.82).

The 2012 NCAA Champion became the third former LSU athlete to earn a spot in the finals at this year’s World Championships after Damar Forbes of Jamaica finished 12th overall in the men’s long jump on Saturday and Kelly-Ann Baptiste of Trinidad & Tobago placed eighth among the finalists in the women’s 100-meter dash on Sunday.

Hejnova is the reigning World Champion in the event from her victory in Beijing two years ago, while Tate is the only other medalist to return to the final. American Shamier Little, who won the silver medal in 2015, was unable to advance from Tuesday’s semifinal round.

2017 U.S. Outdoor Silver Medalist Kimberlyn Duncan qualified for the semifinals of the women’s 200-meter dash as a heat winner Tuesday as she took the tape in the second section with the fifth-fastest time at 22.74. Duncan returned to the 200-meter semis at the World Championships for the second time in her career after first advancing in her debut appearance in Moscow in 2013.

Like Tate, Duncan will return to the track at the London Stadium on Thursday as she lines up in Lane 4 in the second semifinal heat at 3:14 p.m. CT. The women’s 200-meter final follows on Friday at 3:50 p.m. CT.

British 200-meter champion Nethaneel Mitchell-Blake is the only LSU alum competing Wednesday as he steps onto the track in front of his home fans in the first semifinal heat of the men’s 200-meter dash at 2:55 p.m. CT. The top two finishers in each of the three semifinal heats plus the athletes with the next two fastest times will qualify for the final to follow on Thursday at 3:52 p.m. CT.