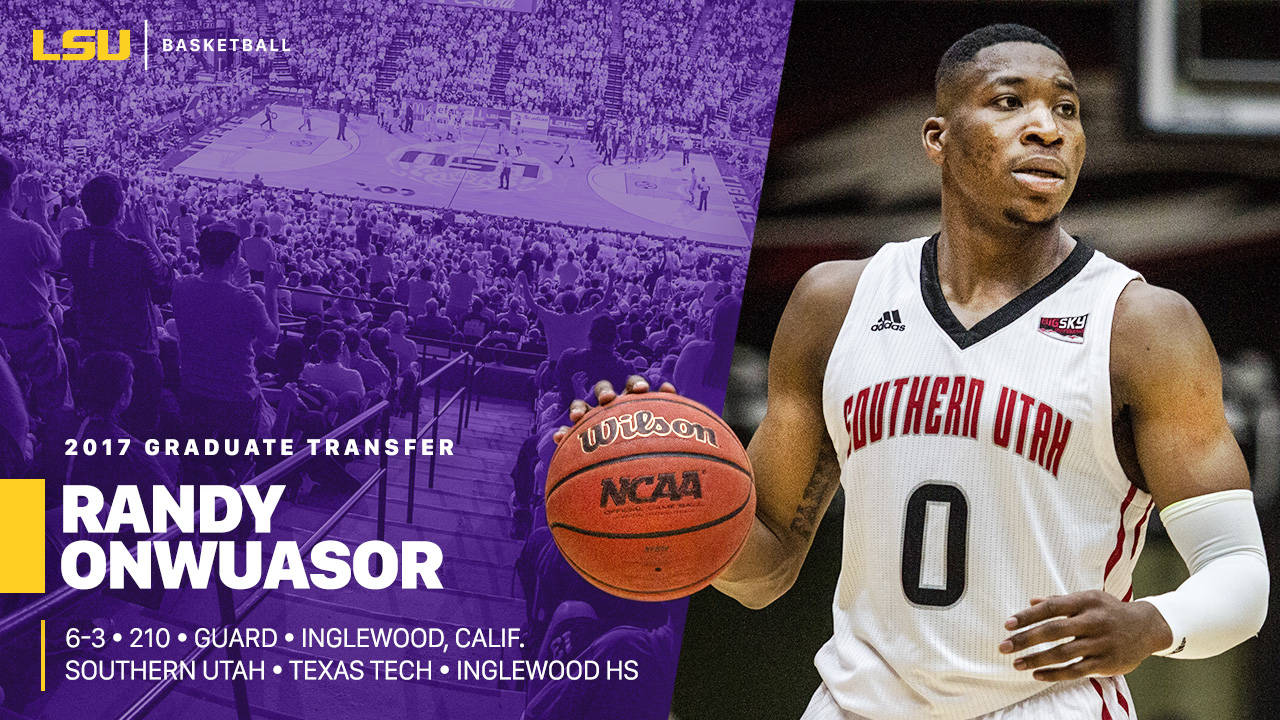 Onwuasor will join the team when the fall semester starts for his final year of college eligibility.

Onwuasor, a 6-3, 210-pound guard from Inglewood, California, ranked fifth in Division I scoring and led the Big Sky conference in 2017 at 23.6 points per game. He also averaged a team high 6.6 rebounds, 3.2 assists and 1.5 steals for Southern Utah. He scored over 20 points in 22 games last season.

He played two seasons at Texas Tech before transferring to Southern Utah where he sat out the 2015-16 season. He was named the Big Sky Conference Newcomer of the Year in 2017.

“We are excited to have Randy Onwuasor joining our program at LSU,” said Coach Wade. “His experience and his ability to score the basketball will be an important addition that will be a positive for our team this coming season.”

Onwuasor was a second team District 6 choice by the National Association of Basketball Coaches.

Onwuasor is the seventh addition to the Tigers roster for the 2017-18 season. He joins guard Brandon Rachal of Natchitoches-Central and forward Jalen Alexander of Lafayette Christian Academy, who both signed in the November 2016 signing period.

So far in the spring, Coach Wade and the Tigers have also added another graduate transfer, Jeremy Combs of North Texas; a junior college transfer in Daryl Edwards from Northwest Florida State; and high school freshmen Mayan Kiir of Bradenton, Florida; and, Tremont Waters of New Haven, Connecticut.