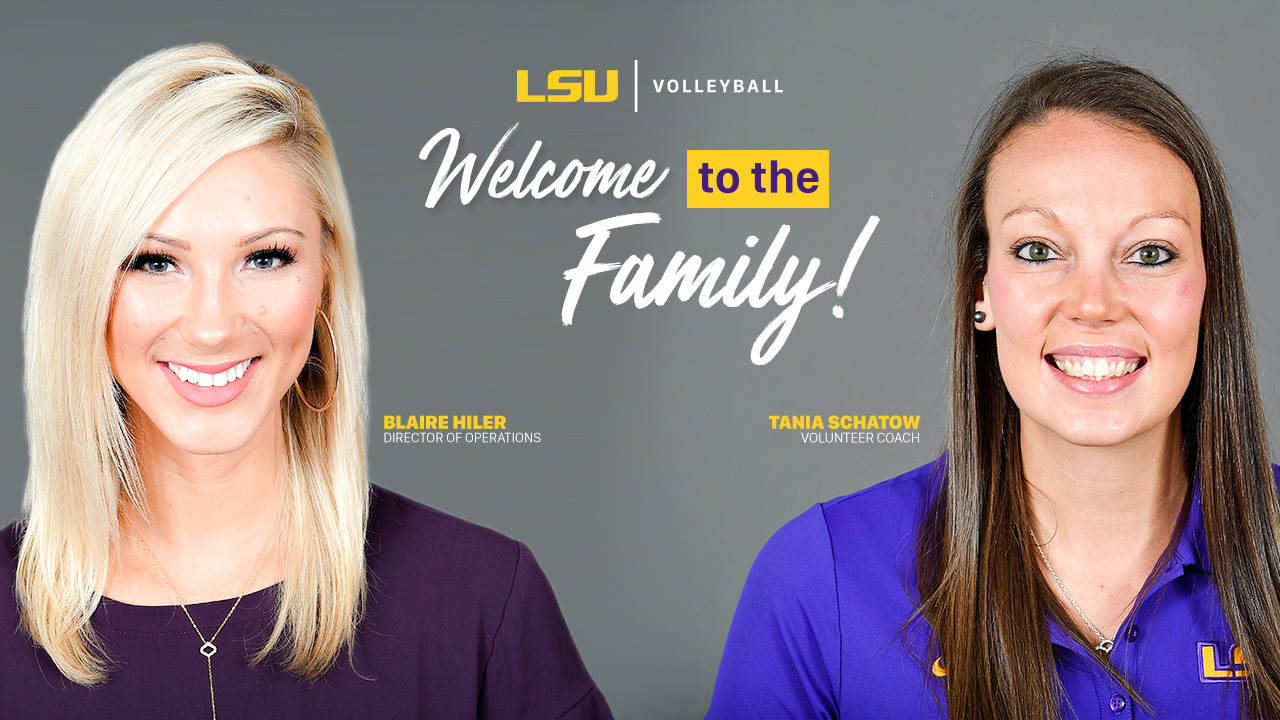 Tania Schatow makes her return to the Tigers’ volleyball team as the volunteer assistant coach after her four-year playing career at LSU from 2007-11.

Schatow made an impact on the Tigers’ 2011 squad with 27 starts and action in all 30 matches, playing in 106 of 107 sets during that season. She recorded 90 blocks, the second-highest on the team, along with 103 kills. Throughout her career, she played in 72 total matches tallying more than 220 kills and 160 blocks. In her time with the Tigers, Schatow was an exemplary leader on the court and in the classroom. She was named to the SEC Academic Honor Roll in 2009 and 2010.

“It is always a wonderful experience to have one of our own return to campus to join our staff,” head coach Fran Flory said. “We are excited to welcome Tania back into our program, after a very successful professional playing career. Tania knows, first hand, what it takes to win in the SEC. Her experience as a professional athlete will be an incredible asset to our program. She will have an immediate impact as she brings great knowledge of our culture and of our system. We look forward to having her in the gym with us again.”

After her playing days at LSU finished, Schatow played professional volleyball in Europe at the highest level, spending five total years in Belgium. After her first season in Belgium, she played in France and was one of the top blockers in the Lige A division in France for one season before making her four-year return to Belgium. Schatow went on to be named the best blocker in the league during the 2015-16 season.

While in Europe, Schatow also began her coaching career in conjunction with her playing career. While she was there she coached two teams to championships.

A native of Fraser, Michigan, Schatow graduated from LSU with her bachelor’s degree in kinesiology in 2011.

Hiler, a former Kentucky volleyball player joins the staff as the director of operations and will be involved in all facets of the indoor and beach volleyball programs. Her responsibilities include team travel, team budget, equipment and camps. She will also serve as the program’s liaison in the athletics department.

The New Washington, Ohio, native comes to LSU after previously serving as a project manager for Sam’s Club Corporate. She also spent three seasons as the director of volleyball operations at the University of Arkansas.

“The opportunity to add Blaire to our staff was something we are beyond excited about,” Flory said. “Her knowledge and experience in this position will be a great asset. She knows what it takes to be successful in the SEC both as a student-athlete and as a staff member. She is an outstanding young professional and she will be an outstanding role model for our student-athletes.”

A four-year starter at the University of Kentucky from 2007-10, Hiler played for Craig Skinner and established career highs during her senior campaign with 18 kills, seven blocks and 14 digs. During her playing career with the Wildcats, Hiler helped Kentucky to four NCAA Tournament appearances and was a major key in its run to the NCAA Regional Semifinal in 2009. She finished her college career with four all-tournament selections.

Shortly after she finished her playing career, Hiler became a Junior Olympic Volleyball Coach with Ozark Juniors in in Fayetteville, Arkansas. She coached there for five seasons in conjunction with her roles at the University of Arkansas and Sam’s Club Corporate.

Hiler graduated with a bachelor of science in family sciences in August 2011 from the University of Kentucky.