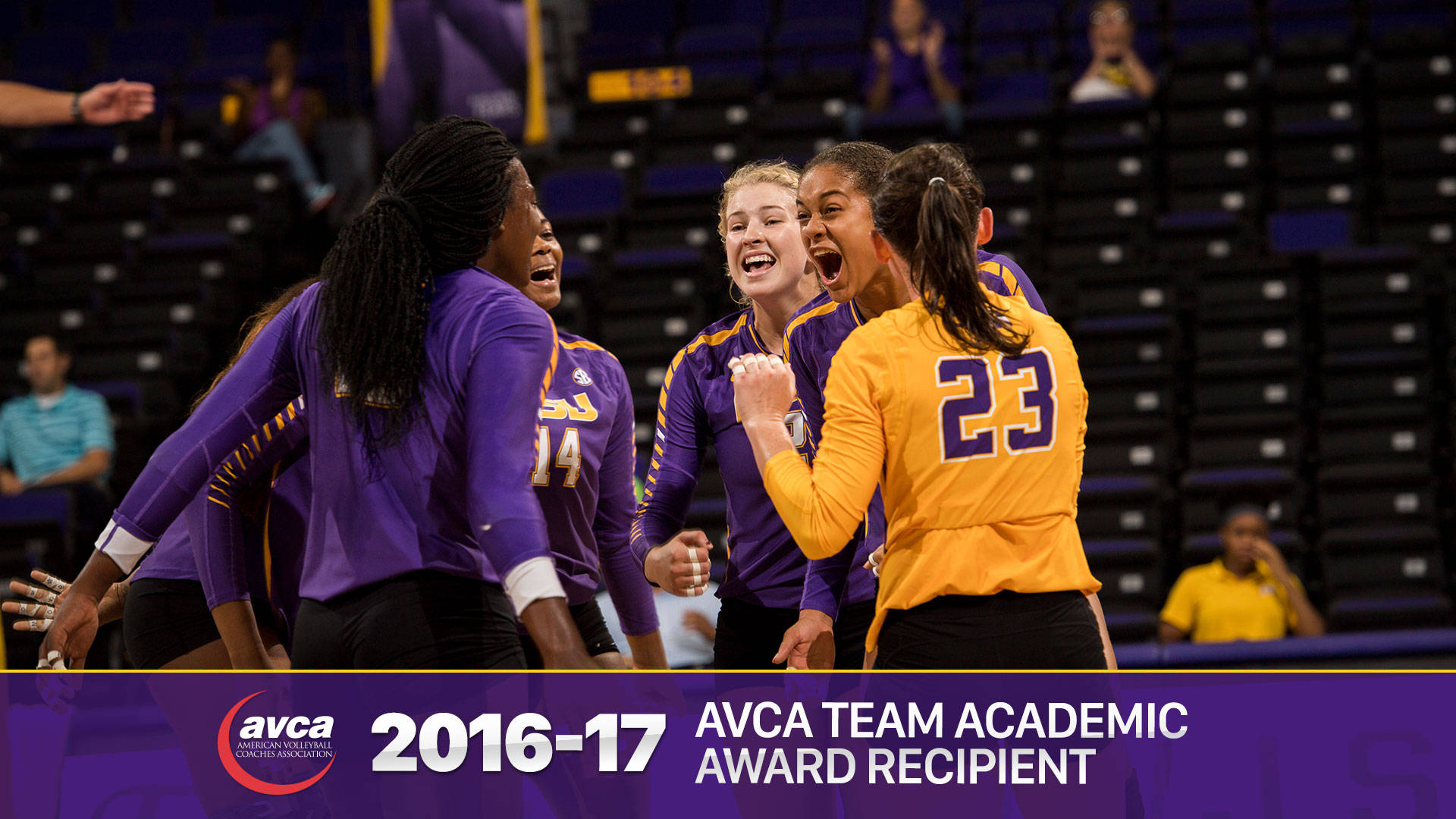 BATON ROUGE – The LSU volleyball team was recognized for its effort in the classroom by earning the AVCA Team Academic Award, the American Volleyball Coaches Association announced.

The award recognizes collegiate and high school volleyball teams that displayed excellence in the classroom during the school year by maintaining at least a 3.30 cumulative team grade-point average on a 4.0 scale or a 4.10 cumulative team GPA on a 5.0 scale.

The AVCA Team Academic Award, celebrating its 25th year, is the single largest award offered by quantity of schools, players, and coaches honored. This season, 822 teams earned the award to break the previous year’s total of 764, setting an all-time high.

“I’m extremely proud of the commitment and effort displayed by these student-athletes this past year and earning the AVCA Team Academic Award is a culmination of their hard work,” associate director of Academic Affairs Adriana Mason said. “The expectations and support of their coaching staff, Fran, Ethan and Sarah, along with their learning specialist, Dedrick Ford, led to the academic success of the team this year.”