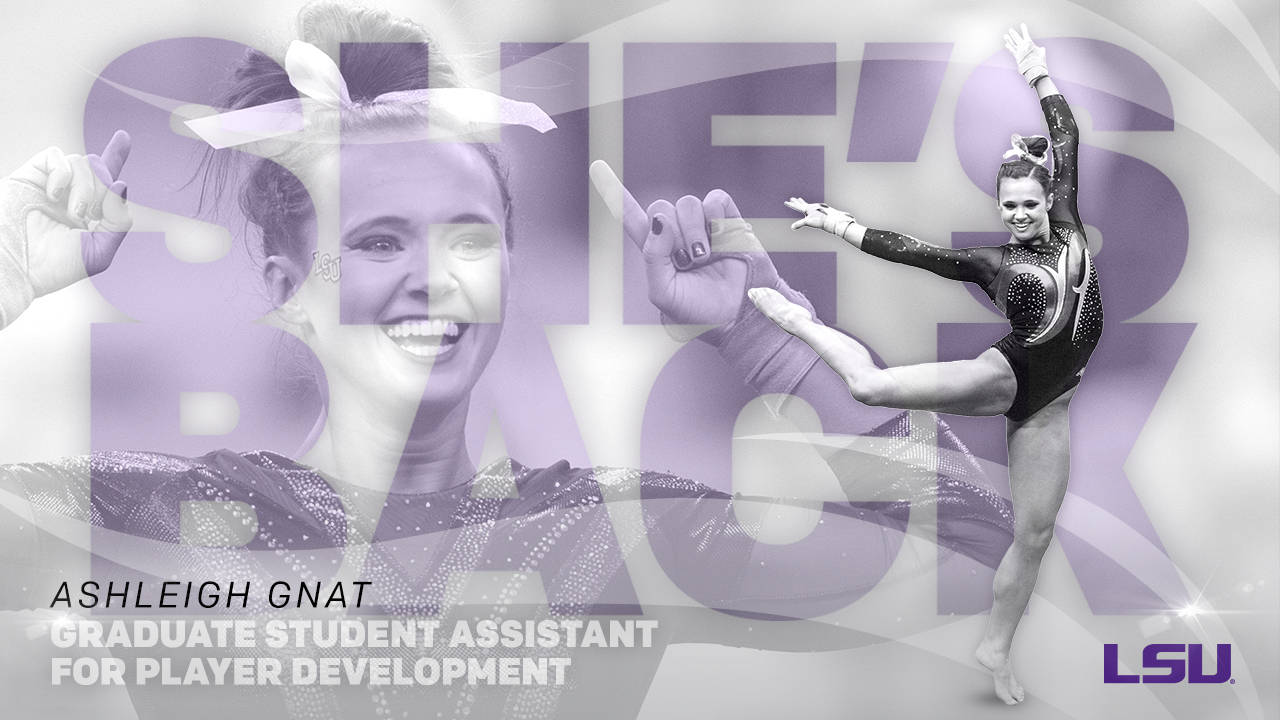 Gnat will work with the coaching staff on all aspects of the program. The 2017 AAI Award winner will attend all staff meeting and practices in learning every aspect of coaching.

“Ashleigh has competed at the highest level and represented LSU with such pride and passion,” Breaux said. “She has earned so many accolades and her experience will bring so much to the table for the current team. I’m looking forward to her transition from a student-athlete to a student coach. We are excited to have her on staff.”

“I am so thankful and excited to be able to remain a part of this incredible program,” Gnat said. It is a tremendous blessing to be able to continue my education and remain a part of the LSU gymnastics family. D-D, Jay, Bob and Ashleigh have been so successful and they have helped me grow athletically and personally. They are the best staff in the country, and I am so excited to make the transition.”

A May 2017 graduate of LSU, Gnat will bring a wealth of experience as one of the best gymnasts in school history. Gnat led the Tigers inside and outside of the gym as LSU’s nominee for the NCAA Woman of the Year Award and a finalist for the Honda Award.

Gnat set multiple records during her career in Baton Rouge, including the most floor titles in a single season. She also tied for the most conference event titles with three in 2017 when she won vault, floor and beam.

Gnat was a part of the most successful stretch in the history of the program. The Tigers set the three highest finishes in school history during Gnat’s time, won the second SEC meet title in school history and won the inaugural SEC regular season title.