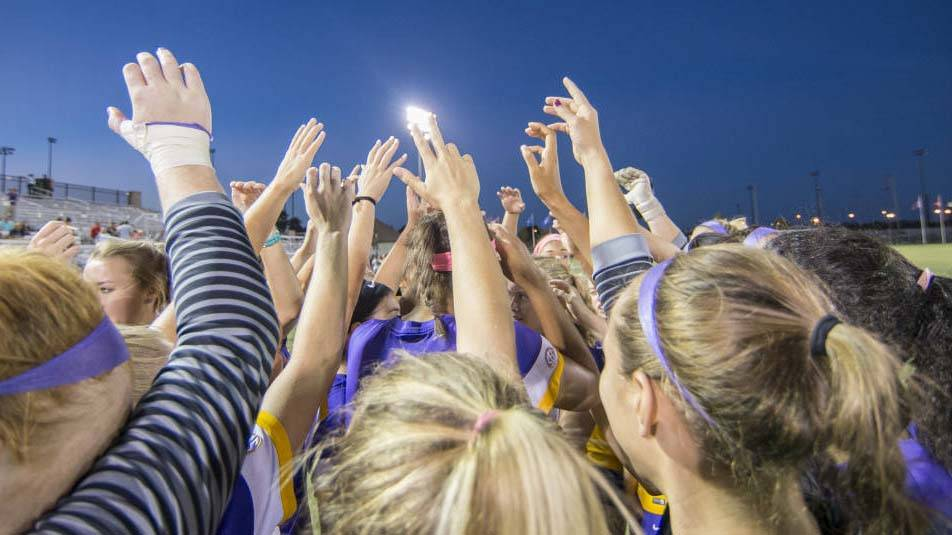 BATON ROUGE – With the start of the 2017 season just 17 days away, members of the LSU Soccer program reported to campus Tuesday for the start of preseason camp as student-athletes, coaches and support staff will take part in their first training session Wednesday morning at the LSU Soccer Stadium.

The Tigers will prepare for two preseason exhibitions against South Alabama in Orange Beach on Aug. 7 and Rice at home in Baton Rouge on Aug. 11 before playing host to Mississippi Valley State in their season opener on Friday, Aug. 18, with kickoff set for 6 p.m. CT.

Following their arrival in Baton Rouge on Tuesday morning, the Tigers met with advisors from the Cox Communications Academic Center for Student-Athletes and compliance office while also undergoing drug-testing education to officially begin their preparations for the 2016 season. They also joined together for their first team dinner of preseason hosted by Jordane Carvery to wrap up their first day of preseason.

LSU will take to the training fields for the first time this preseason on Wednesday morning with a technical session before returning to the LSU Soccer Stadium for a second practice on Wednesday afternoon.

After opening preseason training with their first two-a-day of camp, the Tigers will conclude their first week of training with a single session on Thursday at 4:30 p.m. before returning Friday with their second two-a-day of the week with sessions scheduled for 7 a.m. and 4:30 p.m. LSU will hold 16 team practices during preseason as they prepare to face Mississippi Valley State in their season opener on Aug. 18.