Lowe Column: It All Ends For LSU Baseball 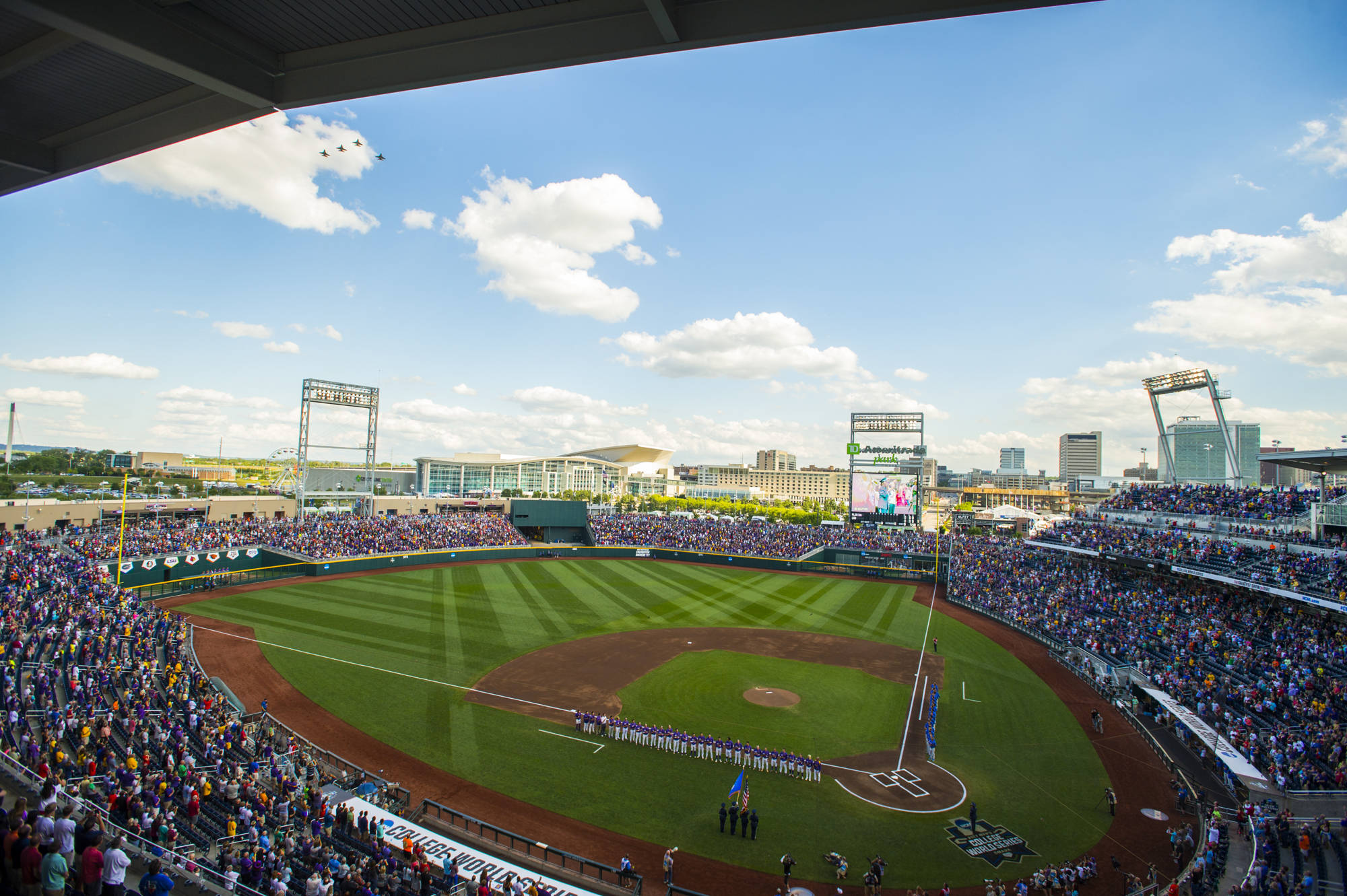 But it just seemed inevitable so early, didn’t it, when the first play was an error (although not until a while later when the scoring was changed). Florida would have two unearned runs by the end of the second inning. Good grief it seemed like it could have been five or six runs. That unfortunately would come later.

And frankly if you keep score you circle plays and moments that may define the game and you have to look at the seventh inning when reflex, judgement, mistake whatever you want to call it happened for LSU. A slide to the outfield side of second resulted in an automatic double play and no run scoring when a straight slide into second would have been a routine double play and LSU would have tied the game with the park going nuts.

Second base hasn’t been LSU’s friend during this CWS. And you can whine about it all you want (and hopefully those people throwing things in right field will just lay off the beer for the rest of the night).

Skip Bertman taught me many things in his years here and this is one I’ve always remembered. Baseball is baseball and the baseball rules are supposed to be applied in Baton Rouge, Jonesboro, Springhill and Omaha. Granted this group of six umpires haven’t been great many times over the last number of days. But they are the ones that are going to make calls they think they see on the big stage.

And also what a bad time for TD Ameritrade Park to become the spot where fly balls go to die again. After a record number of homers were making giving the Park a Rosenblatt quality, the wind started blowing hard in and hard hits were can of corn outs.

Jared Poche’ deserved a better fate, but it just seemed LSU was a touch out-of-sync at the plate and in the field. Dropped balls getting it out of the glove and throws to first that caused LSU’s first baseman to do things you just shouldn’t have to do.

But how lucky we have been to watch Poche’ pitch this one more year. 39 wins. The most ever and the tying and record breaking wins came on the mound in Omaha where he will always be remembered. And let me say, the last pitch that Poche’ threw for a called third strike was just a fabulous way to walk off the field. No win, but a memorable final pitch that may have just been damn perfect in speed, break and location.

Jared, it’s been our pleasure. I’m sorry Alex Lange we won’t see you pitch on Wednesday. Thanks for these memories and I really hope there is a lot of years of great play for both of you and all those making the move now to the minors and majors.

Florida put all their chips on the table as far as their pitching making it a must win for the Gators and they cashed in big time. You can say they had a little help, but they did what they needed to do.

Look it hurts to see it end this way. But the proverbial line about how many teams would love to even be in the finals is true, but no one really gives a flip about remembering that line right now. Two unearned runs. The seventh and eighth innings unable to get the game even (before Florida broke it open) will be dissected and replayed and rehashed from now until opening night in February 2018.

For many baseball teams a day or two, a few days and people will move on to other things. Not here. It will be shown time after time. The first time next year it’s not called in an LSU game, the talk will start about, hey what about last year in the CWS when it got called. It is what it is folks.

It is over. It is done. One hell of a finish to a college baseball season for my favorite college team. Congrats to all the LSU Tigers who gave all they could. For some the effort didn’t result in a title. For others, chances remain in their college careers.

Look, this is a very difficult event to win these days. Everything has to fall into place just right. The days of the 1990s domination are over. Florida pushed all the right buttons, pushed the chips in at the right time and drew the winning cards to win the title.

LSU was there at the end. Admit it. At mid-season you didn’t think it was possible. This was an awfully impressive Tiger team when push came to shove in the final week of the regular season and the post-season. That’s what we should remember at the end of this night.