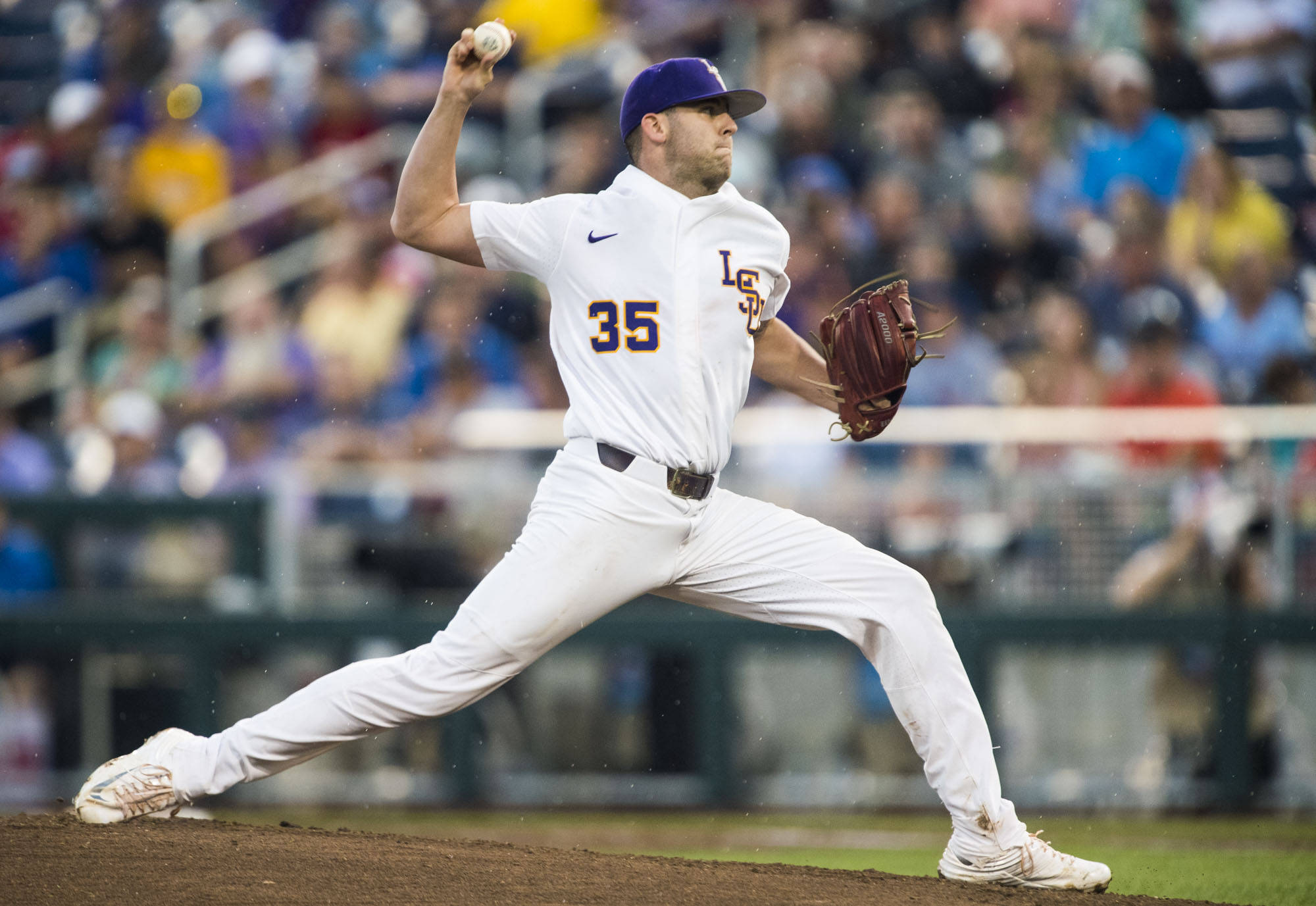 LSU must defeat Oregon State on Friday and again on Saturday in order to advance to the CWS Finals. If Oregon State wins Friday’s game, LSU is eliminated from the CWS, and the Beavers advance to play in the final beginning on Monday against either Florida, TCU or Louisville.

Friday’s LSU-Oregon State game will be carried on the LSU Sports Radio Network (WDGL 98.1 FM in Baton Rouge), and the radio broadcast may be heard free at www.LSUsports.net/live.

Friday’s game will be televised on ESPN, and it may also be viewed online at www.WatchESPN.com and the Watch ESPN app.

“Oregon State is a very formidable opponent,” said LSU coach Paul Mainieri. “Obviously, things didn’t go very well for us the other night, but I don’t think they’re 12 runs better than us; I think things just got out of hand. We’re glad to have another chance. We’re among the last four teams standing, and we’re aware of the challenge that is in front of us.”

Mainieri said that junior right-hander Alex Lange would start Friday’s game on the mound for the Tigers. Lange (9-5) has a 29-9 career mark and is No. 2 on the LSU all-time strikeouts list with 398 Ks.

The LSU career strikeouts record is currently held by Scott Schultz, who recorded 409 Ks from 1992-95.

LSU is hitting .292 as a team this season with 64 homers and 76 steals in 103 attempts. Sophomore leftfielder Antoine Duplantis is batting a team-high .323 with 14 doubles and 59 RBI. Senior second baseman Cole Freeman is hitting .320 with 41 RBI and 54 runs scored.

Junior rightfielder Greg Deichmann is batting .313 and leads the Tigers in homers (19) and RBI (73), while freshman centerfielder Zach Watson is hitting .317 with nine doubles, three triples, nine homers and 37 RBI. Watson has homered five times in NCAA Tournament games this season, including a solo blast versus Oregon State on Monday night.

Infielder Nick Madrigal is batting .388 for OSU with 20 doubles, four homers and 40 RBI, while outfielder Steven Kwan is hitting .342 with six doubles, one homer and 18 RBI.

LSU IN THE NCAA TOURNAMENT
LSU has the highest winning percentage in NCAA Tournament history with a 150-59 (.718) record; the Tigers are competing in the tournament for the 30th time … LSU is the No. 4 NCAA Tournament National Seed, marking the sixth straight year in which the Tigers have been named a National Seed by the NCAA Baseball Committee … LSU and Stanford (1999-04) are the only schools in NCAA history to earn six straight National Seeds … the Tigers are making their 18th College World Series appearance (all since 1986) … LSU and Cal State Fullerton are tied for seventh place in all-time CWS berths … LSU has won six College World Series titles (1991, 1993, 1996, 1997, 2000, 2009) and the Tigers are tied with Texas for the second-most CWS championships; first-place Southern California has 12 CWS titles … LSU is 38-25 (.603) all-time in College World Series games.

SERIES RECORD VS. OREGON STATE
LSU has a 2-1 all-time mark against Oregon State, including a 13-1 loss to the Beavers on Monday night. Prior to the 2017 CWS, the only two meetings between the teams came at the 2012 NCAA Baton Rouge Regional, where the Tigers posted wins over the Beavers by scores of 7-1 in the regional semifinal and 6-5 (10 innings) in the regional final. LSU is 5-5 against Pac-12 teams in College World Series games – the Tigers are 3-1 vs. Stanford, 2-2 vs. Southern California, 0-1 vs. UCLA and 0-1 vs. Oregon State.