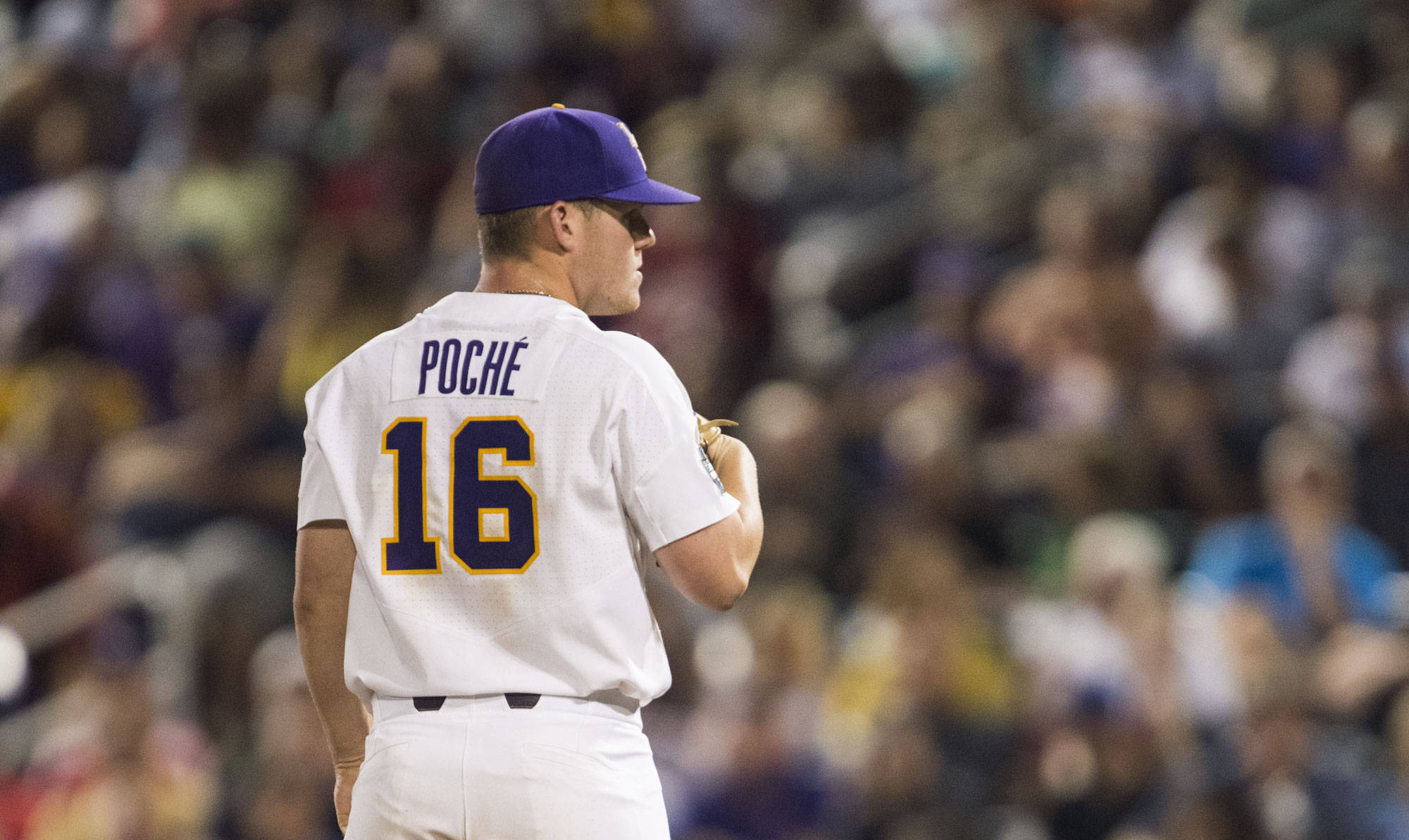 The loser of the LSU-FSU game is eliminated from the CWS, and the winner advances to play Oregon State at 2 p.m. CT Friday. The winner of Wednesday’s game would have to defeat Oregon State on both Friday and Saturday in order to advance to the CWS Championship Finals.

The LSU-Florida State game will be carried on the LSU Sports Radio Network (WDGL 98.1 FM in Baton Rouge), and the radio broadcast may be heard at www.LSUsports.net/live,

Wednesday’s game will be televised on ESPN, and it may also be viewed online at WatchESPN.com and the Watch ESPN app.

“We’re going to have to play great baseball for three straight days in order to get through this bracket,” said  LSU coach Paul Mainieri. “But, I believe we can do it. Our guys are not going to press; they’re confident, they’re calm, and they know there’s a tremendous challenge in front of us. It’s an unbelievable opportunity for our players to show the world what they’re made of. Florida State is one of the elite programs in college baseball, and our kids are going to go out there Wednesday night and leave it all on the field.”

Florida State is in the College World Series for the 23rd time, and for the 16th time under coach Mike Martin’s leadership. The Tigers are 3-1 all-time vs. Florida State in CWS games, including a 5-4 series-opening victory over the Seminoles on Saturday night

Mainieri said that senior left-hander Jared Poche’ would start Wednesday’s game on the mound for the Tigers. Poche’ (11-3) has a 38-12 career mark and is tied with Scott Schultz (1992-95) for the most pitching victories in LSU history.

Poche’ earned a relief win in Saturday’s victory over Florida State, working 2.2 scoreless innings with no walks and two strikeouts.

“When our backs are against the wall, I can’t imagine any pitcher I’d want to run out there other than Jared Poche’,” Mainieri said. “He’s a big-game pitcher, and he pitched great the other night.”

LSU is hitting .292 as a team this season with 63 homers and 74 steals in 101 attempts. Sophomore leftfielder Antoine Duplantis is batting a team-high .322 with 14 doubles and 58 RBI. Senior second baseman Cole Freeman is hitting .321 with 41 RBI and 54 runs scored.

Junior rightfielder Greg Deichmann is batting .316 and leads the Tigers in homers (19) and RBI (73), while senior shortstop Kramer Robertson is hitting .310 with 18 doubles, eight homers, 43 RBI and a nation’s best 83 runs scored.

Florida State is hitting .271 as a team with 74 home runs, and the Seminoles lead the nation in walks with 393.

Sophomore outfielder Jackson Lueck is batting .319 for FSU with nine homers and 54 RBI, while junior infielder Dylan Busby is hitting .316 with 21 doubles, 65 RBI and a team-best 15 home runs. Senior designated hitter Quincy Nieporte is batting .300 with 20 doubles, 10 homers and a team-high 80 RBI.

LSU IN THE NCAA TOURNAMENT
LSU has the highest winning percentage in NCAA Tournament history with a 149-59 (.716) record; the Tigers are competing in the tournament for the 30th time … LSU is the No. 4 NCAA Tournament National Seed, marking the sixth straight year in which the Tigers have been named a National Seed by the NCAA Baseball Committee … LSU and Stanford (1999-04) are the only schools in NCAA history to earn six straight National Seeds … the Tigers are making their 18th College World Series appearance (all since 1986) … LSU and Cal State Fullerton are tied for seventh place in all-time CWS berths … LSU has won six College World Series titles (1991, 1993, 1996, 1997, 2000, 2009) and the Tigers are tied with Texas for the second-most CWS championships; first-place Southern California has 12  CWS titles … LSU is 37-25 (.597) all-time in College World Series games.

SERIES RECORD VS. FLORIDA STATE
Wednesday’s game marks the second meeting between LSU and Florida State in the 2017 CWS; the Tigers defeated the Seminoles, 5-4, on Saturday night … Saturday’s game was the first meeting between LSU and Florida State since the semifinal round of the 2000 CWS, when LSU posted a 6-3 win over Seminoles and went on to defeat Stanford in the CWS championship game … the Tigers are 3-1 all-time vs. Florida State in CWS games; along with the aforementioned 2017 and 2000 matchups, LSU defeated FSU, 6-2, in the 1987 CWS, and the Seminoles posted a 6-3 win over the Tigers in the 1994 CWS … Florida State leads the overall series with LSU, 9-8, and the squads first met in 1955.