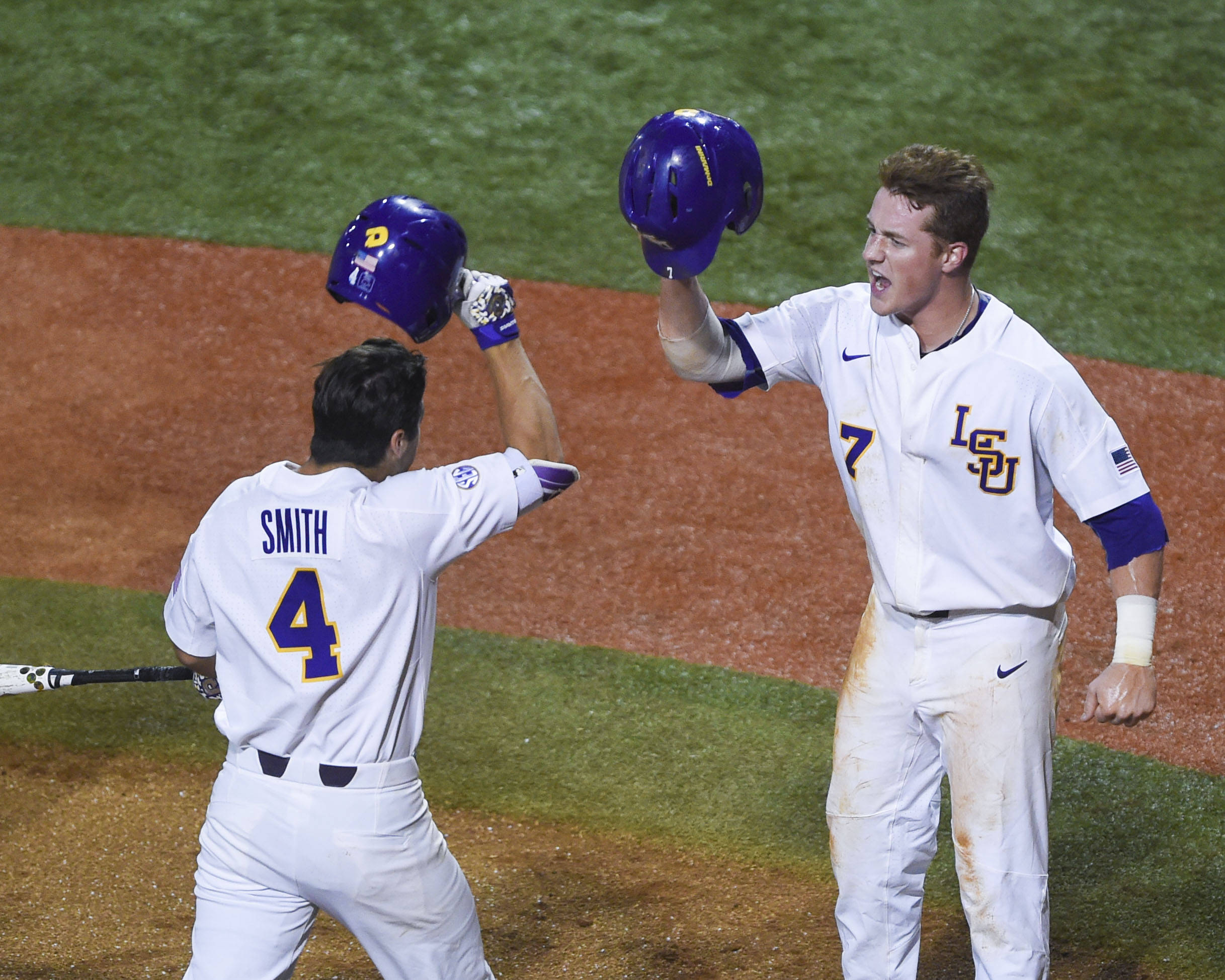 OMAHA, Neb. – LSU players have received numerous All-America accolades this week from  a variety of publications as the Tigers prepare for the College World Series opener Saturday night versus Florida State.

Junior pitcher Alex Lange has been voted a second-team All-American by the ABCA, the NCBWA and D1 Baseball.com, and senior shortstop  Kramer Robertson has received honorable mention All-America recognition from Perfect Game/Rawlings.

Deichmann was chosen in the second round of the MLB Draft Monday by the Oakland Athletics.

Lange, a second-team All-American and first-team All-SEC selection, was chosen in the first round of the MLB Draft Monday by the Chicago Cubs.

Robertson, a product of McGregor, Texas, is hitting .319 this season with 18 doubles,  three triples, eight homers, 43 RBI and a nation’s-best 83 runs scored.

Robertson was selected in the fourth round of the MLB Draft Tuesday by the St. Louis Cardinals.