Poche', Papierski Selected in Ninth Round of MLB Draft 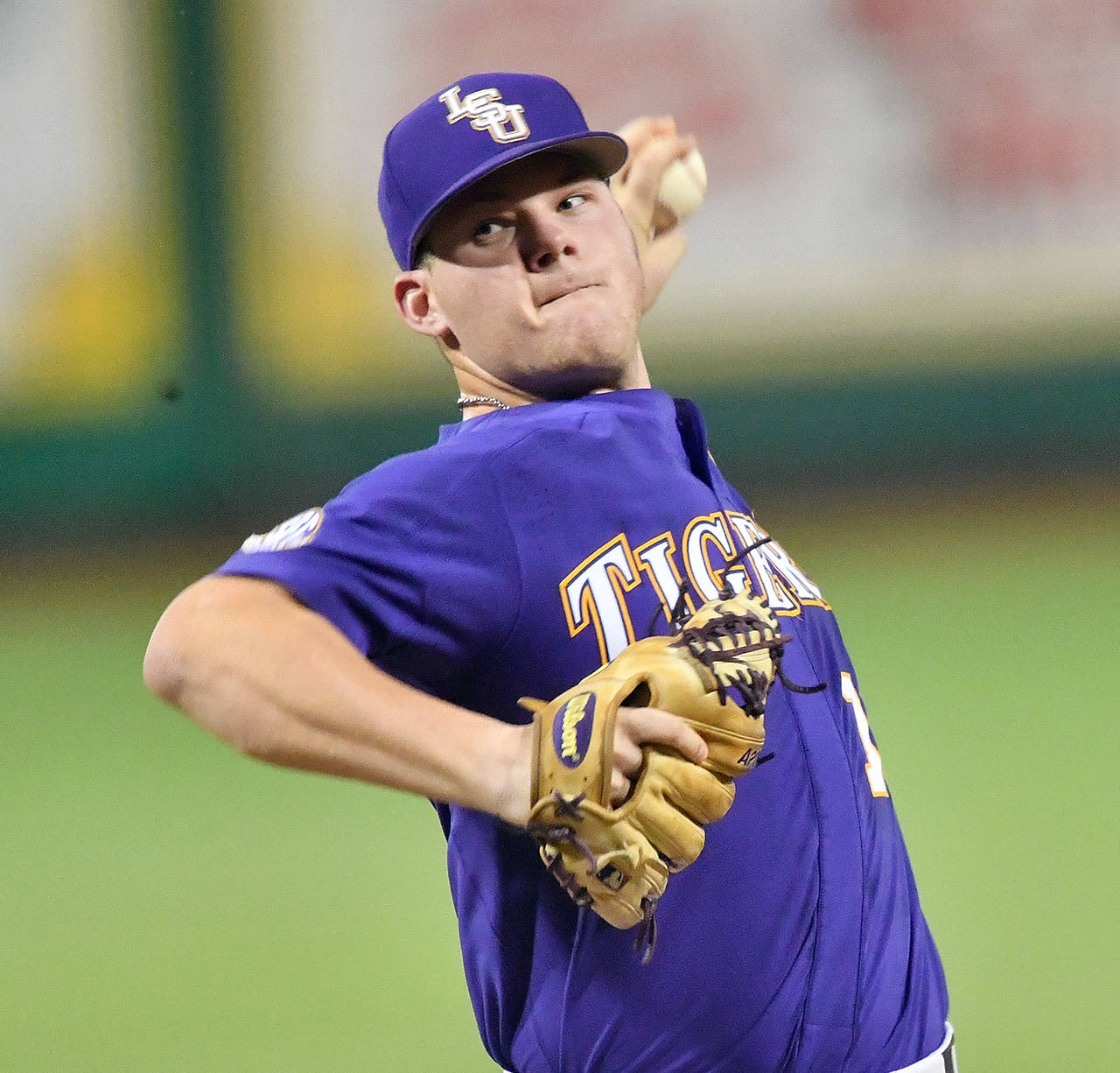 Day 2 of the draft continues Tuesday through Round 10, and the draft will conclude with Rounds 11-40 on Wednesday.

Poche’, who graduated from LSU last month with a degree in kinesiology, is tied with Lane Mestepey (2001-05) for the most starts school history with 68.
Poche’ has worked 400.1 innings during his four-year career, recording a 3.08 ERA and 278 strikeouts.

Poche’s streak included a seven-inning no-hitter against Army on February 18, the first no-hitter recorded by an LSU pitcher since 1979.

Papierski, a product of Lemont, Ill., is batting .260 this season with six doubles, eight homers and 34 RBI, and he’s thrown out 22 base runners attempting to steal this season.

Papierski had the game-winning RBI in both of LSU’s NCAA Super Regional wins last weekend over Mississippi State. He lifted a sacrifice fly in the eighth inning of Game 1 to break a 3-3 tie, and his two-run double in the fifth inning of Game 2 erased a 4-3 MSU lead.