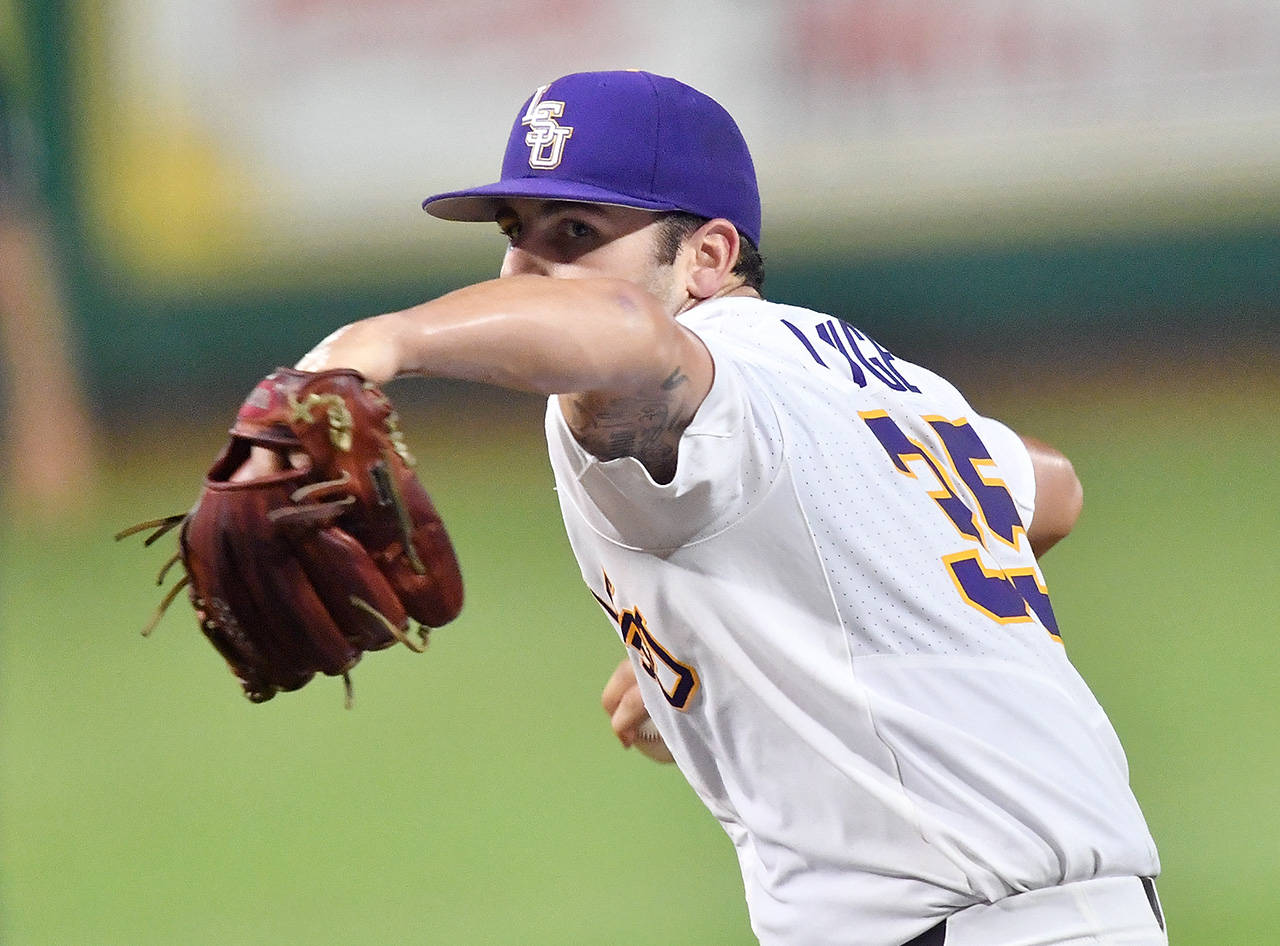 The winner of the best-of-three series will advance to next week’s CWS in Omaha, Neb. Game 1 of the Super Regional is set for 8 p.m. CT Saturday, first pitch for Game 2 is scheduled for 8 p.m. CT Sunday, and the start time for Monday’s “if necessary” game has not yet been determined.

The LSU-Mississippi State games will be carried on the LSU Sports Radio Network (WDGL 98.1 FM in Baton Rouge), and the radio broadcast may be heard at www.LSUsports.net/live,

LSU, the 2017 SEC regular-season and tournament champion, has won 14 games in a row and 19 of their past 21 contests The Tigers won three straight games in last weekend’s NCAA Baton Rouge Regional to advance to the Super Regional.

“We have a very confident group, and we’ve won some big games,” said LSU coach Paul Mainieri. “I like the experience that our guys have had, but once again, it doesn’t carry into this weekend. The team that’s going to win the game is the team that’s going to go out there and play better — pitch better, make the plays, get on base, get the big hits.”

Junior right-hander Alex Lange will start Saturday’s series opener on the mound for LSU. Lange is 4-0 in his last four starts with a 1.86 ERA, and he has limited opponents to six earned runs on 25 hits in 29 innings with six walks and 33 strikeouts. He is in second place on LSU’s career strikeouts list with 380, trailing only Scott Schultz (409 Ks, 1992-05).

LSU hit .303 (30-for-99) in the NCAA Regional, as the Tigers outscored their opponents, 31-13, and collected five doubles, one triples and six home runs in their three victories. Freshman third baseman Josh Smith batted .556 (5-for-9) in the regional with three doubles, one homer and four RBI.

Senior shortstop Kramer Robertson batted .385 (5-for-13) in the regional with one double, two RBI and three runs scored. Senior second baseman Cole Freeman batted .364 (4-for-11) with one double, one triple, two RBI and four runs, and freshman centerfielder Zach Watson hit .357 (5-for-14) with four homers, seven RBI and five runs. Watson became the first LSU player to hit four homers in an NCAA Regional since Zeph Zinsman in 2001.

LSU is hitting .308 as a team during its current 14-game win streak with 22 doubles, four triples, 19 homers and 118 runs scored. LSU has outscored its opponents, 118-38 during the win streak and has limited opponents to a .205 batting average in that span.

LSU’s pitching staff has a 2.07 ERA during the current 14-game win streak, as the Tigers have allowed only 28 earned runs in their last 122 innings with 123 strikeouts.

Mississippi State is led at the plate by first baseman Brent Rooker, the 2017 SEC Player of the Year, who is batting .395 with 30 doubles, three triples, 23 homers and 82 RBI.

Shortstop Ryan Gridley is batting . 331 for the Bulldogs with 15 doubles, one triple, six homers and 39 RBI, while outfielder Cody Brown is second on the club behind Rooker with nine homers and 40 RBI.

LSU IN THE NCAA TOURNAMENT
LSU has the highest all-time winning percentage in NCAA Tournament history with a 146-58 (.716) record; the Tigers are competing in the tournament for the 29th time … LSU is the No. 4 NCAA Tournament National Seed, marking the sixth straight year in which the Tigers have been named a National Seed by the NCAA Baseball Committee … LSU and Stanford (1999-04) are the only schools in NCAA history to earn six straight National Seeds … the Tigers are making their 13th Super Regional appearance since the current tournament format began in 1999 … LSU and Cal State Fullerton are tied for second place for most Super Regional appearances; Florida State leads with 16 appearances … LSU is serving as a Super Regional host site for the 10th time overall and for the seventh time in the last 10 seasons … LSU has a 16-12 all-time Super Regional record with seven titles; LSU is 15-7 in Super Regional games at home and all seven titles have been won in Alex Box Stadium

SERIES RECORD VS. MISSISSIPPI STATE
Mississippi State leads the overall series with LSU, 203-182-1, and the first meeting between the teams occurred in 1905. This weekend’s Super Regional marks the second meeting between LSU and MSU ni an NCAA Tournament game – the only other meeting occured in the 1998 College World Series, when the Tigers posted a 10-8 win over the Buldogs. LSU swept Mississippi State in a three-game series in Starkville on the final weekend of the 2017 regular season. LSU has won 10 of the last 11 SEC series with the Bulldogs – last season’s MSU series win in Baton Rouge broke a string of nine straight series wins for LSU over Mississippi State from 2007-15. LSU coach Paul Mainieri has a 28-13 career mark against Mississippi State.