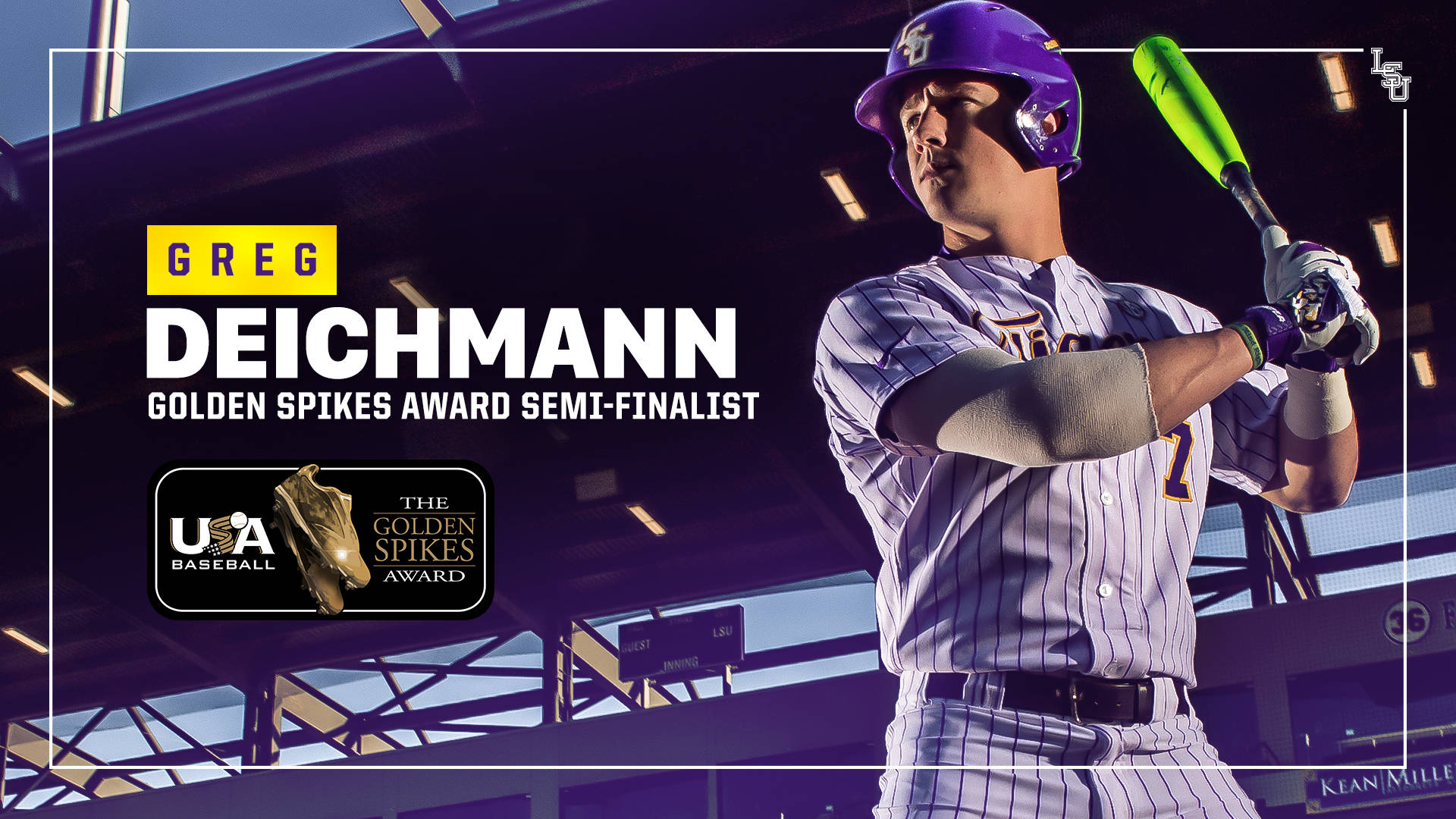 BATON ROUGE, La. – LSU junior outfielder Greg Deichmann was named Wednesday by USA Baseball as one of 25 semifinalists for the 2017 Golden Spikes Award.

The Golden Spikes Award is given to the top amateur baseball player in the United States and is presented in partnership with the Rod Dedeaux Foundation.

Deichmann was named to the 2017 SEC All-Tournament team after hitting .467 (7-for-15) in four games with one double, two homers, four RBI and three runs. He was 3-for-4 versus South Carolina in the SEC Tournament semifinal last Saturday with two homers, three RBI and two runs scored.

USA Baseball officials will announce the finalists for the 2017 Golden Spikes Award on Wednesday, June 14. To select the finalists, the list of semifinalists is sent to a voting body consisting of past Golden Spikes Award winners, past USA Baseball National Team coaches and press officers, members of the media that closely follow the amateur game, select professional baseball personnel, and select current USA Baseball staff, representing a group of more than 200 voters in total.

As part of the selection process, all voters will be asked to choose three players from the list of semifinalists.  Voting will be open until Friday, June 9.

Fan voting will once again be part of the Golden Spikes Award in 2017.  This announcement officially marks the opening of voting for amateur baseball fans from across the country on GoldenSpikesAward.com – the online home of the award, powered by MLB Advanced Media (MLBAM).

The live presentation of the 2017 Golden Spikes Award will be announced exclusively on ESPN’s flagship program, SportsCenter, on Thursday, June 29. The announcement will take place in ESPN’s Los Angeles Production Center at L.A. Live.

The finalists and their families will be also honored at the Rod Dedeaux Foundation Awards Dinner that evening at the Jonathan Club Los Angeles.

The remaining timeline for the 2017 Golden Spikes Award announcement is as follows:

The complete 2017 Golden Spikes Award semifinalist list is as follows: