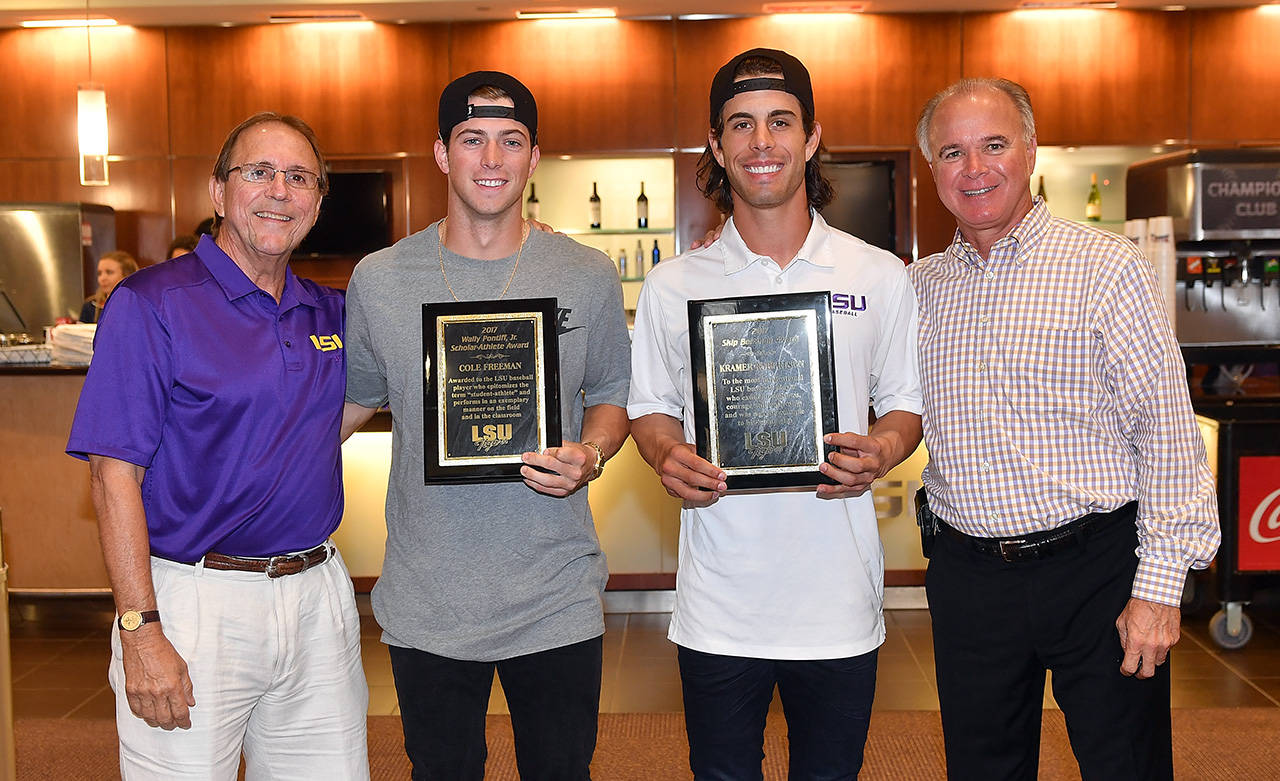 The team met to watch the NCAA Tournament bracket announcement on ESPN2.

“Cole and Kramer are tremendous leaders for our team, and they embody what it means to be an LSU Baseball player,” Mainieri said. “I’m very proud to say I’ve been their coach, because they are outstanding young men of both character and talent.”

Just before the tournament field was revealed, Freeman received the Wally Pontiff Jr. Scholar Athlete Award. Pontiff was an all-SEC third baseman at LSU who played for the Tigers from 2000-02 and died tragically in 2002 due to a heart abnormality. The award was presented to Freeman by Pontiff’s father, Wally Pontiff Sr.

Freeman, a native of Mandeville, La., graduated from LSU earlier this month with a degree in interdisciplinary studies, and he is hitting a team-high .332 with 11 doubles, one triple, two homers, 37 RBI, 46 runs, 17 steals and a .434 on-base percentage.

Mainieri then presented Robertson with the Skip Bertman Award, which goes to the player who best exemplifies the spirit of the LSU Baseball program. Bertman directed LSU to five national championships during his coaching tenure (1984-2001), and he served a highly successful seven-year term as athletics director.

Robertson, a native of McGregor, Texas, is a  2017 second-team All-SEC selection, and he is hitting .314 this season with 16 doubles, three triples, eight homers, 39 RBI, 76 runs and seven stolen bases. Robertson has helped lead LSU to 16 wins in its last 18 games, and he is batting .377 during the span with four doubles, two triples, four homers, 15 RBI and 29 runs.

Robertson was voted second-team all-American and first-team all-SEC in 2016, when he was selected in the MLB Draft by the Cleveland Indians.