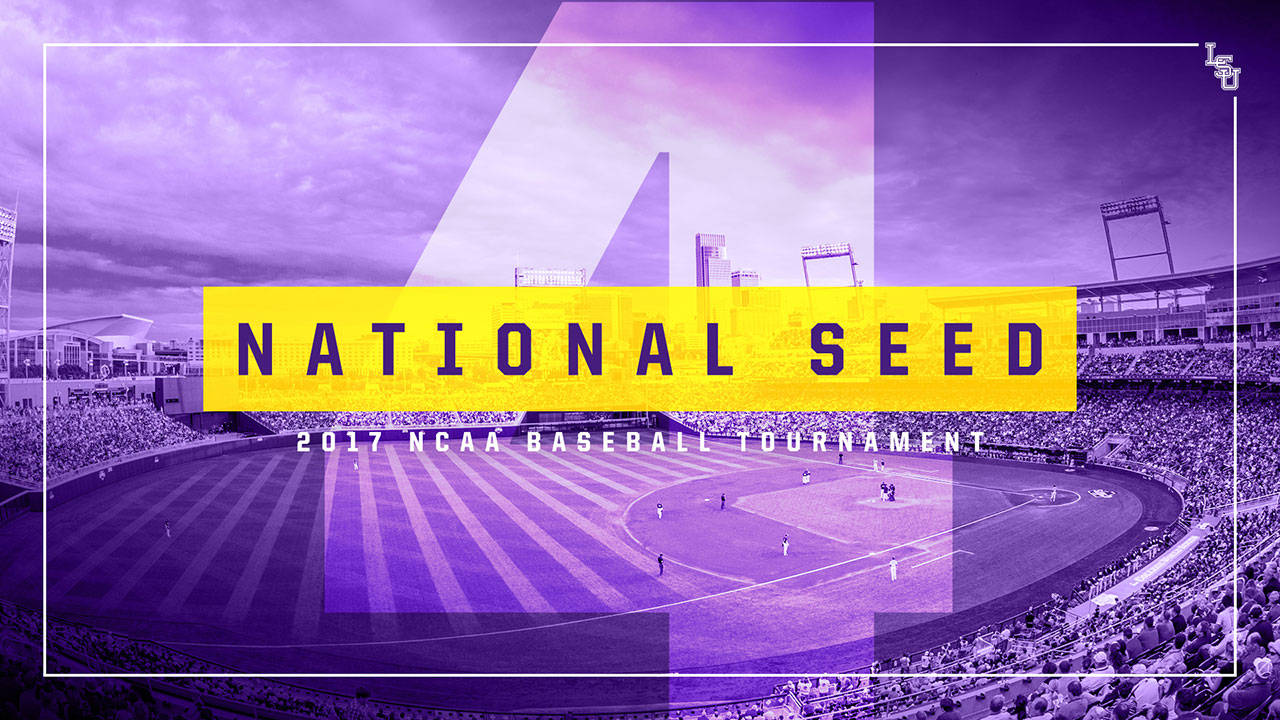 No. 3 seed Rice will face No. 2 seed Southeastern Louisiana at 7 p.m. CT Friday in the second game of the four-team regional.

The regional continues Saturday and Sunday and, if necessary, will finish on Monday. The winner of the Baton Rouge Regional will face the winner of the Hattiesburg Regional, hosted by Southern Mississippi, in an NCAA Super Regional next weekend.

LSU is playing host to a regional for the 25th time in school history. The Tigers are just the second team in NCAA history to earn a National Seed in six straight seasons. Stanford accomplished the feat from 1999-2004.

The LSU-Texas Southern game will be televised by the SEC Network and it may be viewed on ESPN3, accessible at WatchESPN.com and the Watch ESPN app. All other NCAA Baton Rouge regional games will be carried online only on ESPN3.

On being a national seed…
“I’ve never place much emphasis on the seeding. Maybe I should, I don’t know. I know that the number one overall seed has not won since 1999. I can’t even remember what we were seeded in 2009. I’m just glad to be a national seed because it allows you to stay at home, and if you’re fortunate enough to win the regional, then you’re also at home for the super regional. Obviously, your chances of advancing are greater when you get to play in your ballpark with your fans rooting for you. You don’t have to worry about traveling. I think probably about five or six weeks ago it was probably a far-fetched idea that we would even be a national seed. Our guys have played great over the last month, and I think we’ve earned it. One thing we’ve learned is that it doesn’t matter what the name on the chest for the other team is. It might be a traditional power, and it might be a team you’ve never heard of, but every team is in the tournament because they’ve earned their way in either by winning a championship or playing well throughout the season. We have to respect all of our opponents and be more concerned with how we play than who we play.”

On the teams in the Baton Rouge Regional…
“We haven’t played Texas Southern in several years.  We played Southeastern earlier this year. And Rice, it seems like we can’t get away from them. Since I’ve been at LSU we’ve played them in Omaha, in the Super Regionals, and in Regionals. I’m not sure Wayne (Graham) will be all that happy about coming to Baton Rouge. Nobody thought Rice was going to be in the tournament this year, but they’ve made a miraculous run to win their conference tournament. They’ve earned their way here. They’ll be a real confident team. Wayne has been in the game an awful long time, so he will have his team prepared. I’m not even worried about Rice or Southeastern, right now. We have to get through Texas Southern first.”

On having a ‘complete team’…
“They weren’t saying that five or six weeks ago. This is a very humbling sport. I’m proud of the way the guys are playing. We’ve figured out the guys to count on and in what roles. We’ve got a confident group. They’ve practiced hard. They genuinely care for each other, and I see a great unselfishness about them. I also see guys that pick up each other. When one guy doesn’t get it done, it seems like another guy is ready to get it done. Greg Deichmann dropped a fly ball yesterday during the game, and Eric Walker pitched out of it. Greg came into the dugout and they hugged each other in the middle of the game. Greg knew he should’ve made the play. If it weren’t for Eric rising up and pitching out of the jam, it could have ended badly for us. That’s just an example of how unselfish our guys are. They work for each other. When I think of a complete team that’s what I think of. I don’t necessarily think we have a perfect team. There are certainly areas that I wish we were a little stronger in, but I’ll take this team and we’ll see what we can do.”

On the teams they’ll be playing in their Regional…
“We’ll get a good scouting report on each team we play, starting with Texas Southern. We’ll go in there and try to take care of business against them before we look to Rice and Southeastern.”

On looking forward to potential Super Regional matchups…
“It’s important not to look ahead, because you don’t even know who you’re going to play later in your own regional. You have to play your games and take care of your own business. You have to beat teams to even get to a Super Regional. It’s dangerous to look ahead. You have to take it one game at a time, and right now we’re focused on Texas Southern.”

Thoughts on the regional matchup…
“It seems like Rice and Southeastern are in our regional every year, it’s crazy. Those aren’t our opponents the first game. We have to deal with Texas Southern first. We’ll come up with our plan throughout the week and get after it on Friday.”

On the completeness of the team…
“We’ve been able to get amazing starting pitching performances for our pitching staff. (Caleb) Gilbert stepped up big on the first day of the SEC Tournament. We’ve had some amazing bullpen performances. And we were able to hit throughout the week. We’re playing complete ball right now and that’s what we want to see moving forward. That’s what we’ve been able to display the past 15 games or so.”

On being the No. 4 National Seed…
“Like Coach Mainieri says, ‘you get what you earn.’ I think our resume’ over the past month put us in this spot. To get a top four National Seed is huge, it’s a great honor. We’re happy to be here and we’re ready to get going.”

A limited number of parking passes in the Golf Course Lot or Tennis Lot will be available to the public beginning at 8 a.m. on Thursday. Passes are $10 each day.

All Times Central and subject to change