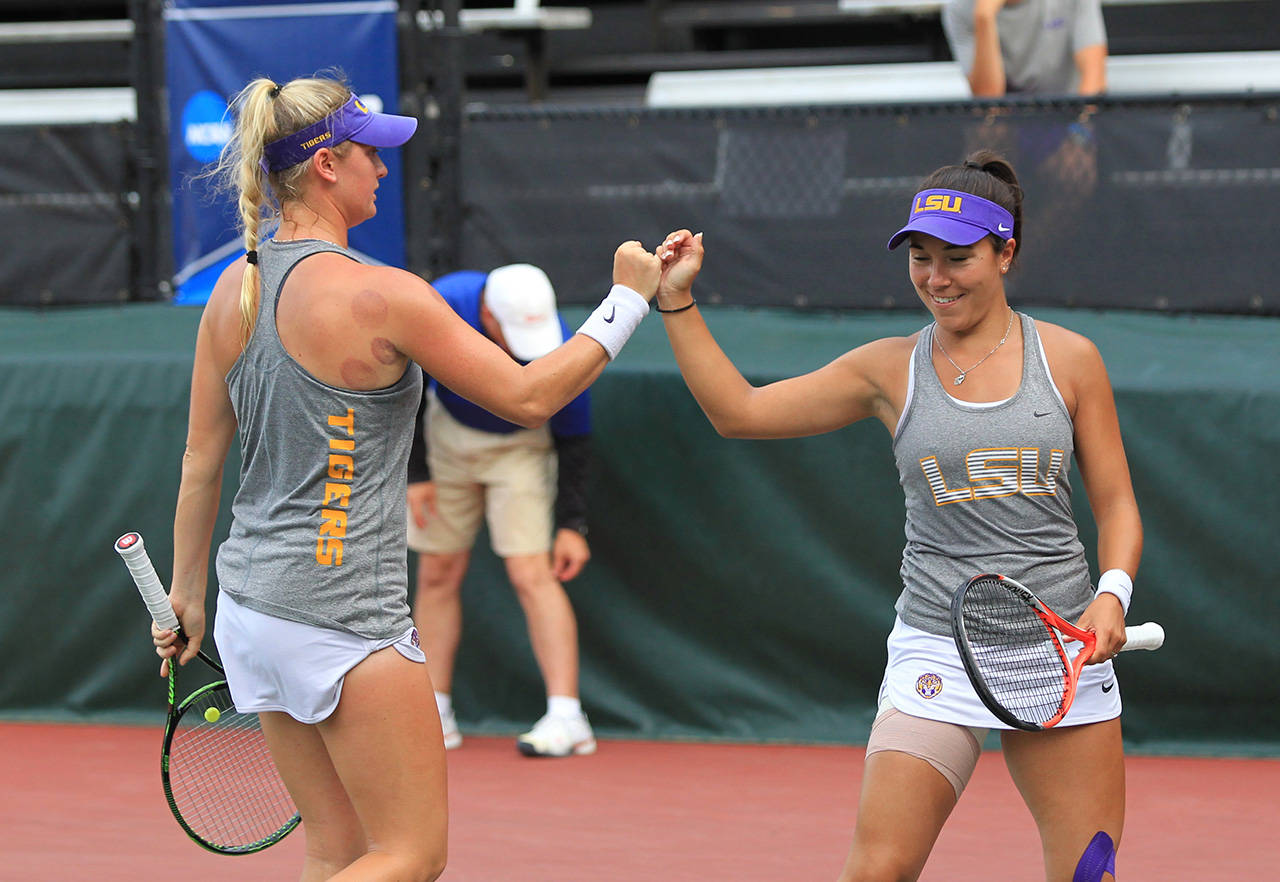 ATHENS, Ga. — Senior Joana Valle Costa‘s storied LSU career came to an end as she and partner Ryann Foster fell in the semifinal round of the NCAA Division I Women’s Doubles Championships at the Dan Magill Tennis Complex Sunday.

The No. 16-ranked duo of Valle Costa and Foster faced off against Alabama’s Erin Routliffe and Maddie Pothoff, the No. 5 doubles pairing in the country, and dropped the match by a score of 6-1, 6-1.

“This was my senior year, so I’m really happy we finished this way,” Valle Costa said. “I have never made it this far in my four years, so even though it wasn’t the outcome we wanted, I am beyond proud of our effort and out team play overall.”

The LSU duo’s program-best run through the NCAA tournament came to a close as the Routliffe and Pothoff avenged their loss to Valle Costa and Foster from earlier in the season, advancing to the NCAA Women’s Doubles Championship match on Monday.

Valle Costa and Foster finished the season with a 15-11 doubles record, including two top-ten wins on court one in the dual season and another top-ten win in the postseason.

Foster finished the season as the team leader in both overall singles and doubles victories with 27 and 19, respectively.

Valle Costa’s distinguished career in the Purple and Gold has seen her accumulate a team-leading 80 career singles wins and 55 career doubles wins.

The Lisbon, Portugal native was named to the All-SEC team each of the past three seasons and earned SEC All-Freshman and ITA Rookie of the Year honors in her freshman season.

The two-time ITA Scholar Athlete excelled off the court as well as a standout in both the classroom and in the community, and was named to the 2017 SEC Community Service team.

“I could not be more proud to say good-bye this way,” Valle Costa said. “It’s always a pleasure playing for LSU and having success for this team.”