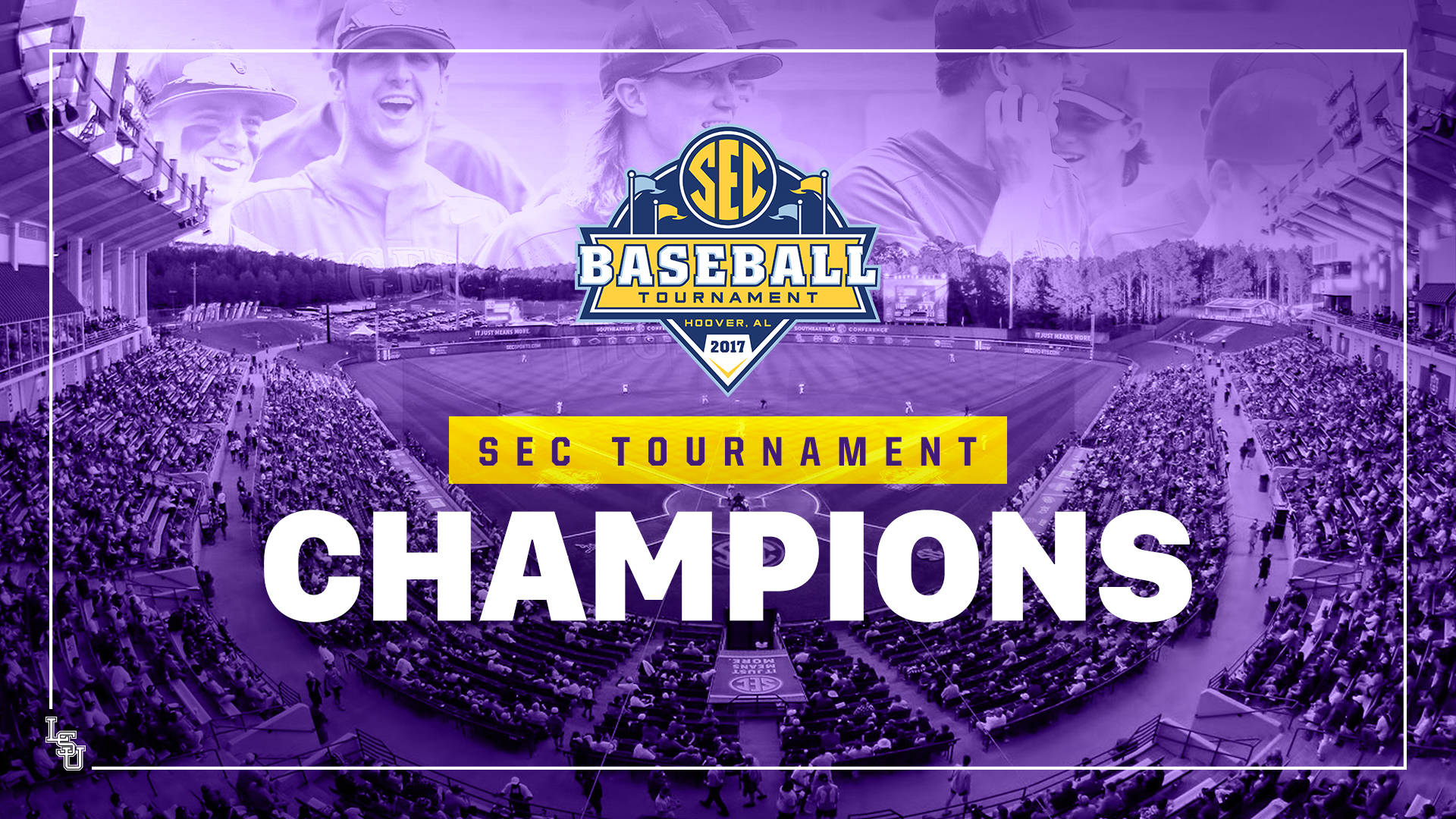 HOOVER, Ala. – LSU freshman right-hander Eric Walker limited Arkansas to one run through 7.2 innings Sunday to lead the third-ranked Tigers to a 4-2 victory in  the championship game of the 2017 SEC Tournament.

The SEC Tournament title is LSU’s 12th, a league-high, and the Tigers have won six conference tournament championships in the past 10 seasons.

Both teams are expected to host NCAA Regionals beginning on Friday. The 16 Regional host sites will  be announced later Sunday night, and the entire 64-team field, including the eight National Seeds, will be revealed during the NCAA Selection Show at 11 a.m. CT Monday on ESPN2.

“We’re obviously thrilled to win the SEC Tournament championship,” said LSU coach Paul Mainieri, who is now 31-6 in SEC Tournament games, including 6-0 in championship contests. “The competition is amazing, and it brings out the best in our kids. I think it’s really great that our players get the experience of playing for championships.”

Walker (7-1) allowed just one run on five hits in 7.2 innings with one walk and a career-best eight strikeouts. Arkansas starter Kevin  Kopps (3-1) was charged with the loss, as he surrendered three runs – one earned – on three hits in three innings with no walks and one strikeout.

LSU reliever Hunter Newman earned his 10th save of the season, allowing a run in the ninth, but forcing Arkansas designated hitter Luke Bonfield to ground into a game-ending fielder’s choice with the bases loaded.

“I think it was just a mixture of all three pitches,” Walker said about his command on the mound. “I was able to locate on both sides with my fastball. I kept them kind of off balance, but that’s a very good lineup.”

Rightfielder Eric Cole led off the bottom of the third inning with a solo homer, his fifth dinger of the year, to give Arkansas a 1-0 lead.

The Tigers increased the advantage to 4-1 in the sixth when leftfielder Antoine Duplantis led off with a triple and later scored on a sacrifice fly by Coomes.

“When you play against the best competition you could possibly play against, all in one week and in one place, that’s pretty cool,” Duplantis said. “We know that all of us can play at the highest level, and we need to carry that over into next week.”