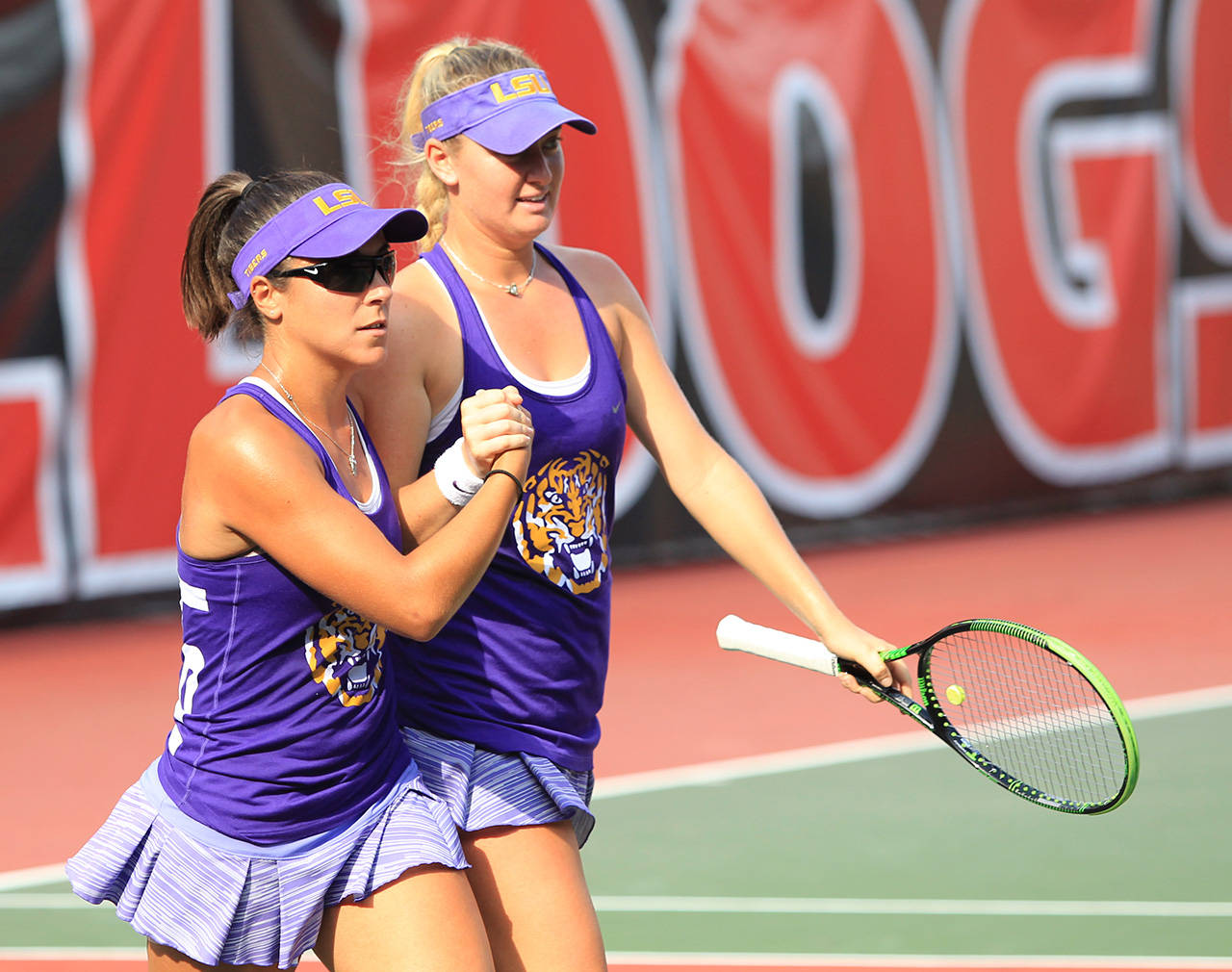 Valle Costa and Foster’s trip to the final four represents the furthest run a women’s doubles team from LSU has ever made in the NCAA Championships, and is tied with Megan Falcon’s singles semifinals appearnace in 2007 as the furthest run of any kind in the postseason.

Valle Costa and Foster will return to the courts Sunday at 3:30 p.m. CT to further their run against Alabama’s No. 5 pairing of Erin Routliffe and Maddie Pothoff.

Valle Costa and Foster competed against Routliffe and Pothoff on March 17, defeating the Alabama duo 6-2 to help the Tigers defeat the Crimson Tide, 4-3.

The No. 16-ranked pairing of Valle Costa and Foster dropped the first set to Georgia’s No. 38 duo of Elena Christofi and Kennedy Shaffer before launching an improbable comeback to continue their historic run through the NCAA doubles tournament.

Valle Costa and Foster cruised through the second set against the Bulldogs’ pairing, winning it by a score of 6-2 and setting the stage for a winner-take-all tie break in the third.

The Tigers found themselves down 4-1 early in the tie break, but refused to quit and closed the gap to 4-3. Georgia claimed two unanswered points to make the score 6-3, but once again the Tigers put forth another relentless effort on the court and turned the tables on the Georgia tandem.

With the score 9-8 in favor of LSU, Georgia tied it up momentarily before Valle Costa and Foster rattled off the final two unanswered points, sealing the match with a 11-9 victory in the third set tie break, sending the pair to the semifinal round.

The Tigers have advance to the SEMI FINALS!!! The historic run continues for Ryann and Joana, defeating UGA 11-9 in the TB! pic.twitter.com/5s3m5Q28Rv