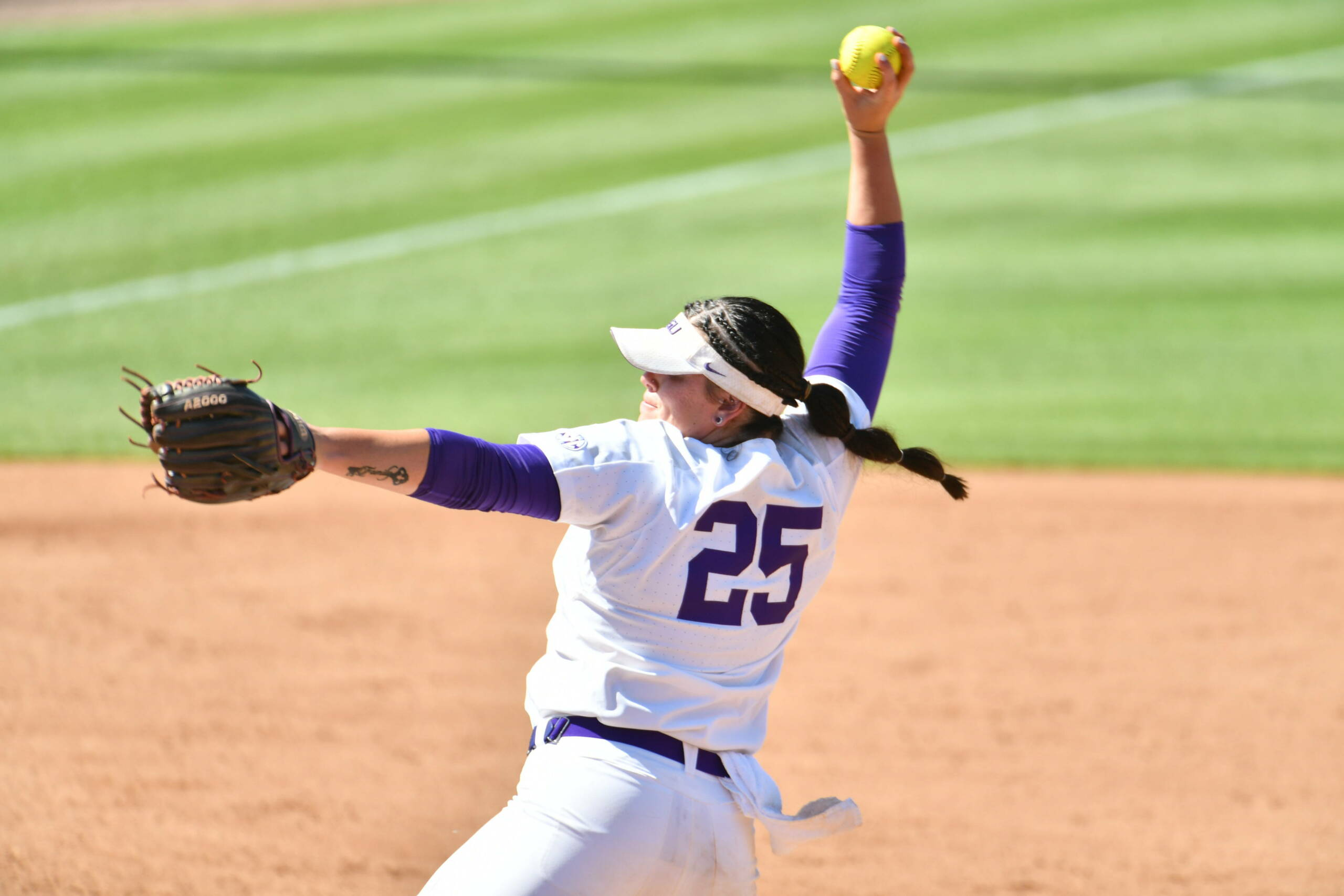 With the victory, LSU improved to 46-20 on the year, while Florida State dropped to 55-7-1. The win for the Tigers broke a 36-game win streak by the Seminoles at JoAnne Graf Field dating back to 2016.

“It was unbelievable, “head coach Beth Torina said. “She (Walljasper) is our rock and so consistent. She gives us her all and keeps us in ball games. We tried not to respond and go backward. We put all of our efforts into the next pitch.”

“We have to continue to take a fearless mentality when we play tomorrow,” Torina added. “We play best when we play big and go out and feel like we are the hunter.”

The two squads return for the deciding game to advance to Oklahoma City at noon CT on ESPN (previously scheduled for ESPNU). The Tigers are in search of their sixth WCWS appearance the fourth under head coach Torina.

Walljasper allowed just one hit and two walks in seven innings of work to improve to 17-5 on the season. After allowing two runners on in the first inning with a hit by pitch and walk, Walljasper bunkered down and retired 20 of the next 22 Seminoles.

Walljasper threw 13 balls in the first inning but regained her control as she only had 20 for the rest of the game. The California native matched Ashley Lewis in 2001 as the only pitchers in LSU NCAA history to allow one hit in a game. Walljasper limited the potent FSU lineup to its fewest hits all season.

“I was trying to keep my balance out there and remain consistent,” Walljasper said. “My defense played so well and really kept me in it. I was thinking about one pitch at a time and getting the next out to get the win for my team.”

The Tiger offense ended the game with three hits off of Meghan King who moved to 27-3 with the loss. In the bottom of the third inning, LSU put runners in scoring position after a leadoff walk by Sydney Springfield and fielder’s choice from Amber Serrett. The lone run of the game crossed the plate on an RBI single from left fielder Aliyah Andrews.