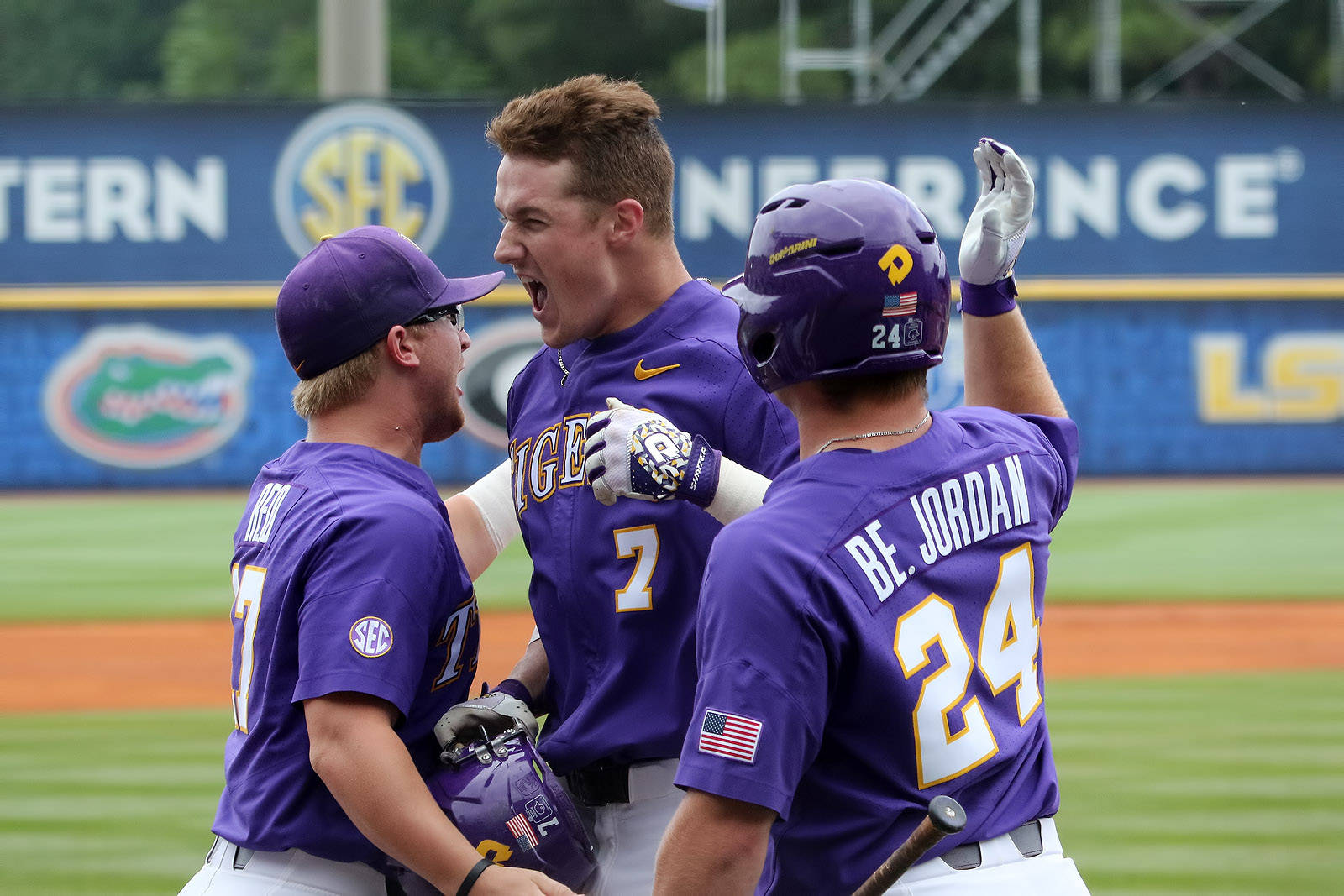 LSU (42-17), which extended its winning streak to 10 games, will play either Florida or Arkansas in the SEC Tournament championship game at 2 p.m. CT on Sunday. LSU will attempt to win its 12th SEC Tournament title and its sixth in the past 10 seasons.

The Tigers exploded on Saturday for 11 runs on 12  hits in the first three innings to subdue the Gamecocks. Junior rightfielder Greg Deichmann was 3-for-4 at the plate with two homers, three RBI and two runs scored. Senior shortstop Kramer Robertson was 3-for-5 with one triple, one homer, two RBI  and three runs scored.

LSU has scored in double figures in five straight games for the first time since 2009, when the Tigers accomplished the feat in six consecutive contests. LSU has won 15 of its past 17 games, beginning with an 8-2 win at Alabama on April 27.

“Big win for the Tigers today,” said LSU coach Paul Mainieri, who is now 30-6 in SEC Tournament games. “It gets us to the championship game, which we’re excited and fired up about. I think the game went as well as we had hoped for. South Carolina was playing their fifth game in five days, but I still credit our hitters; they went out there and did the job.”

Poche’, who now has a 10-3 record this season, worked six innings in Saturday’s game, which was shortened to seven innings due to the tournament’s 10-run mercy rule after seven frames. Poche’ limited South Carolina to no runs on two hits with two walks and one strikeout, firing 70 pitches.

“The story of today’s game was offense,” Poche’ said. “I definitely love runs, and the way our offense is playing makes it a lot easier on a pitcher.”

South Carolina starter Colby Lee (2-1) was charged with the loss, as he surrrendered four runs on four hits in 1.1 innings with one walk and no strikeouts.

LSU grabbed a 3-0 lead in the top of the first inning against South Carolina Colby Lee, as shortstop Kramer Robertson, the Tigers’ lead-off hitter, launched a solo homer, and rightfielder Greg Deichmann unloaded a two-run blast.

Robertson’s homer was his second of the tournament and his eighth of the season; Deichmann’s dinger was his 18th  of the year.

“I think the biggest thing for us has been putting an emphasis on scoring first in a game,” Deichmann said. “We try to do that every game, and it’s something that’s motivated our offense.”

LSU is now 29-3 on the year when scoring first in a game.

LSU increased the lead to 5-0 in the second innng as second baseman Cole Freeman lined a run-scoring single and later scored from third on a wild pitch by South Carolina reliever John Parke.

The Tigers erupted for six runs on six hits in the third to widen the margin to 11-0. Catcher Michael Papierski delivered an RBI single and centerfielder Zach Watson ripped a two-run triple to ignite the rally. Robertson followed Watson with an RBI triple of his own before leftfielder Antoine Duplantis lifted a sacrifice fly.

The outburst was capped by Deichmann’s second homer of the game, a solo blas beyond the 405′ sign in center field. The effort marked the first multi-homer game of Deichmann’s LSU career.