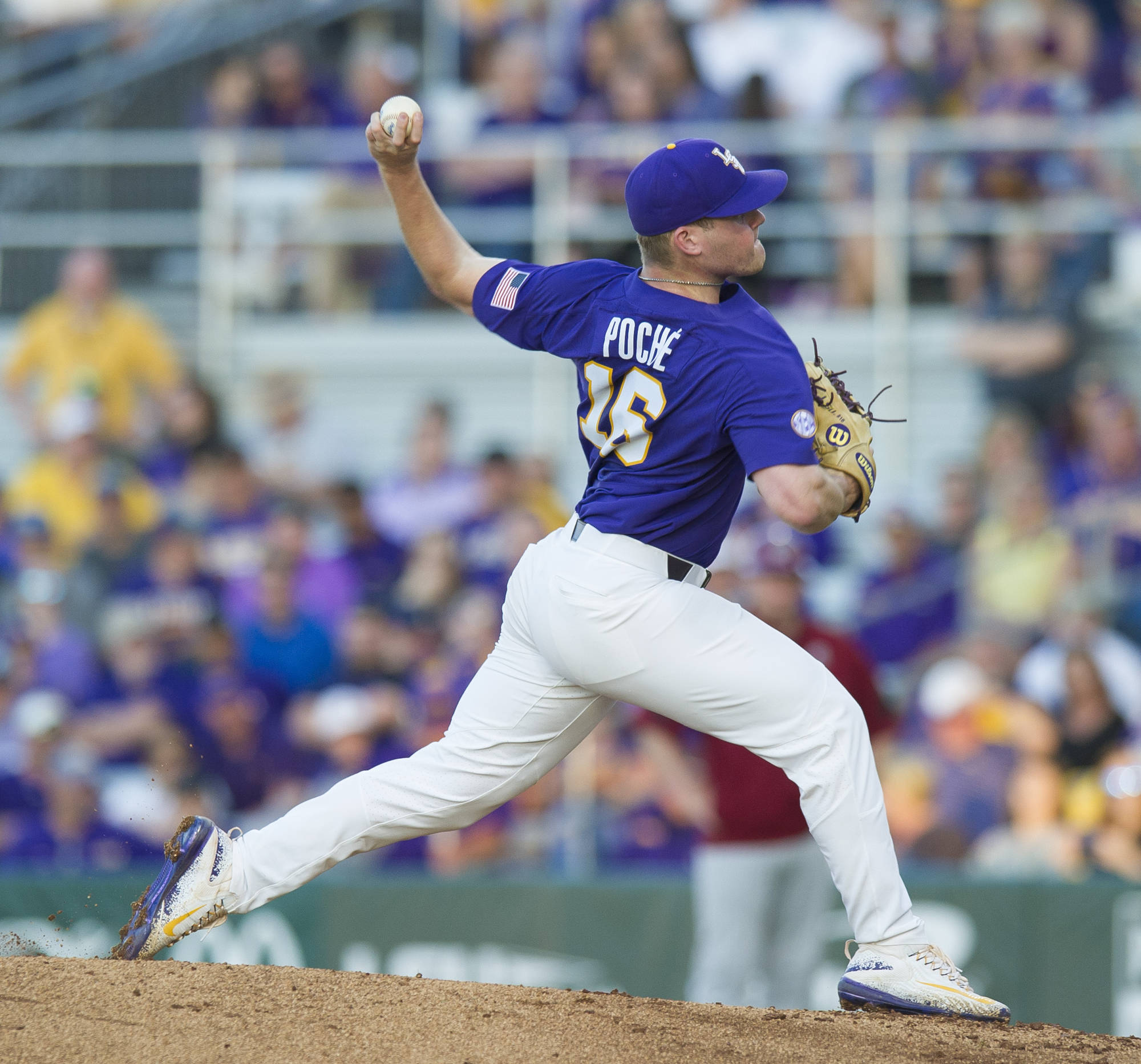 The LSU-South Carolina  game will be carried on the LSU Sports Radio Network (WDGL 98.1 FM in Baton Rouge), and the radio broadcast may be heard at www.LSUsports.net/live,

Saturday’s game will be televised by the SEC Network, and it is accessible online at WatchESPN.com and the Watch ESPN app.

The winner of the LSU-South Carolina matchup will advance to the tournament championship game at 2 p.m. CT Sunday against Florida, Arkansas or Mississippi State.

The Tigers enter Saturday’s contest on a nine-game win streak and have won 14 of their past 16 games. LSU has won 13 of its last 14 games against SEC teams, including tournament wins this week over Missouri and Kentucky. The Tiger defeated Missouri, 10-3, on Wednesday and posted a 10-0 win over Kentucky on Thursday.

South Carolina, which has a 3-1 mark in the tournament, advanced to the semifinal round with a 3-1 elimination-game win over Kentucky on Friday afternoon.

“We’re proud of what we’ve accomplished so far, but there’s still a lot more to do,” Mainieri said. “All of the goals that we set at the beginning of the season have been met to this point, but we don’t want to be satisfied with stopping now. We’ve won our first two games here and made it to the semifinal, so why not try to win a championship?

“We’re taking it one step at time, and there is a strong bond being created within our team. Our players have worked very hard and done everything we’ve asked of them, and now they’re beginning to taste the fruits of that labor.”

LSU is hitting .359 (23-for-64) in the SEC Tournament, as the Tigers have scored 20 runs with six doubles and two home runs in their two victories.

South Carolina is hitting .261 as a team this season, but he Gamecocks have launched 58 home runs. Sophomore utility player Jacob Olson is batting a team-high .298, and he has 10 doubles, one triple, six homers and 27 RBI. Freshman leftfielder Carlos Cortes is batting .291, and he leads the Gamecocks with 12 homers and 41 RBI.

Junior outfielder/DH Alex Destino also has 41 RBI for the Gamecocks to go along with 10 home runs and eight doubles.

LSU IN THE SEC TOURNAMENT
LSU has a league-best 79-40 (.664) all-time record in the SEC Tournament, and the Tigers own a conference-high 11 tournament titles. Alabama and Mississippi State are second behind LSU with seven tournament titles, and Ole Miss is third with five championships. LSU has won five of the past nine  SEC Tournament crowns, claiming the title in 2008, 2009, 2010, 2013 and 2014. LSU has reached the semifinal round in five consecutive seasons (2013-17) and the Tigers are 29-6 under 11th-year coach Paul Mainieri in SEC Tournament games.