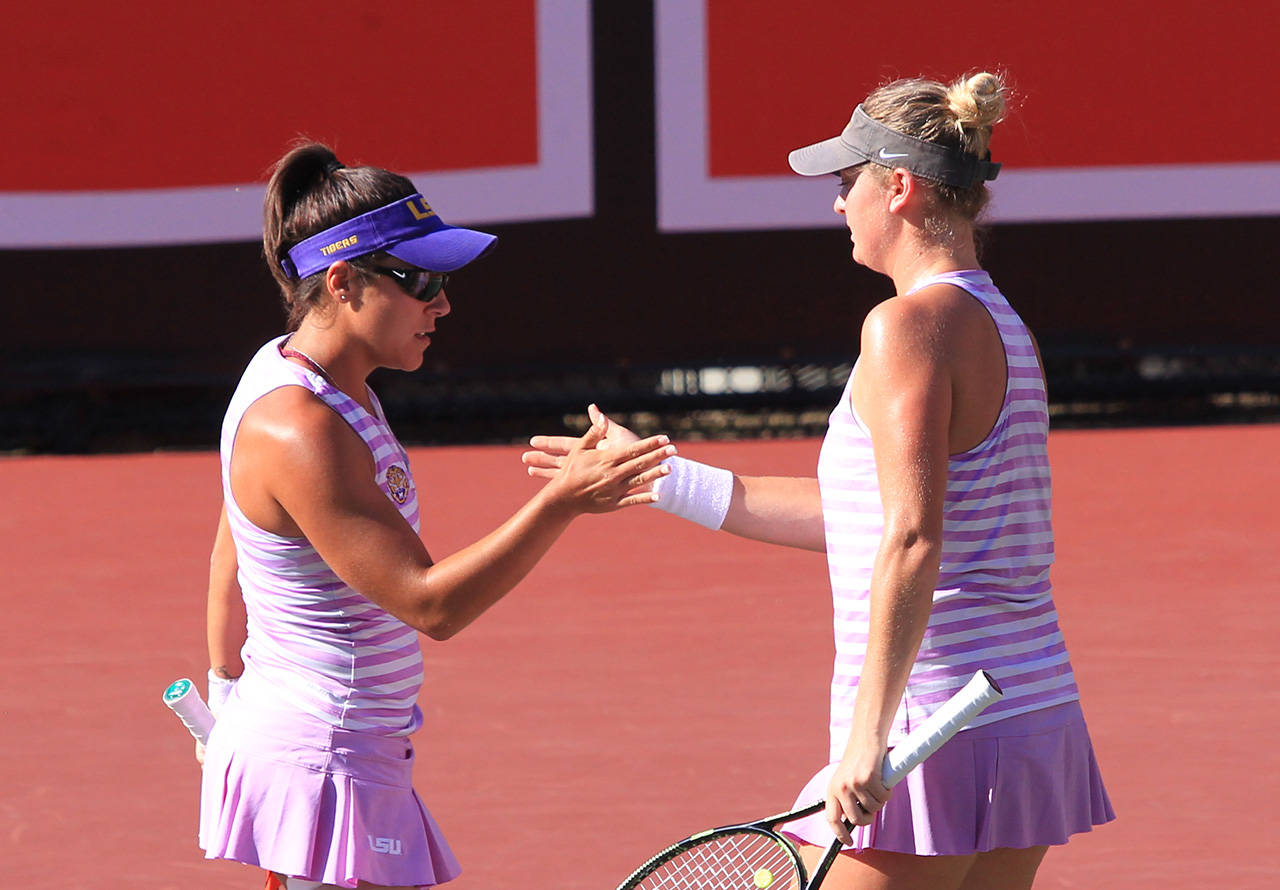 The No. 16-ranked pairing of Valle Costa and Foster defeated the No. 7 pairing of Rutuja Bhosale and Rachel Pierson of Texas A&M, their second victory over the Aggie tandem this season.

Valle Costa and Foster took the first set 6-4 before dropping the second set 6-3 to force a third-set tie breaker. The Tigers ultimately claimed the third set 10-6, clinching their spot as one of the final eight doubles teams in the NCAA tournament.

In singles play, the No. 46-ranked Valle Costa fell to Florida’s No. 6 Belinda Woolcock in straight sets, 6-3, 6-1, finishing the season with an impressive 17-7 record, including six wins over ranked opponents.

Valle Costa ends her singles tenure in the Purple and Gold with a team-leading 80 career singles victories.