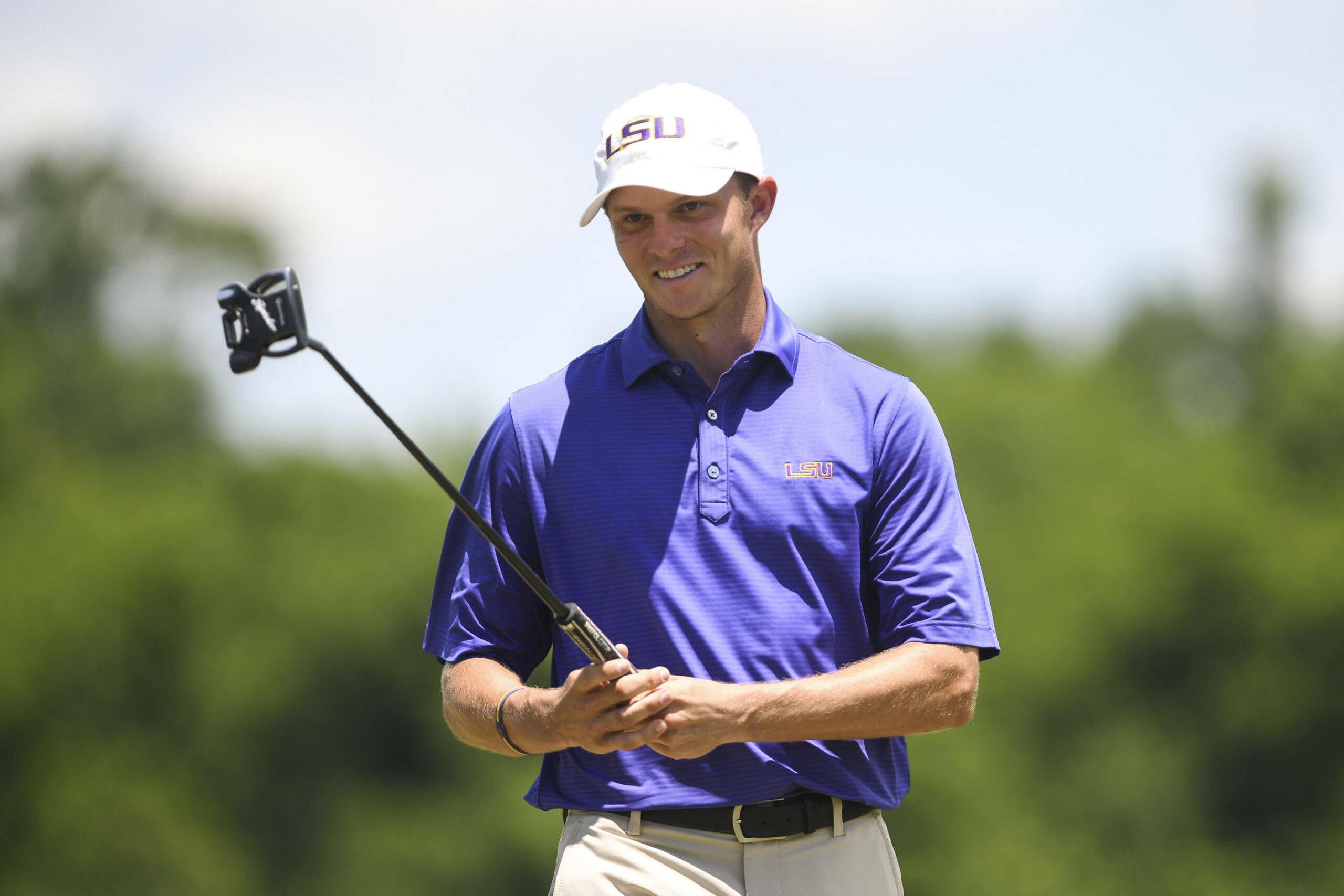 SUGAR GROVE, Ill. – After Friday’s first round was delayed twice by inclement weather in the afternoon, the opening day of stroke play at the 2017 NCAA Division I Men’s Golf Championships was postponed due to darkness at Rich Harvest Farms Golf Club as No. 6-seeded LSU sat tied for fifth place at 3-under par.

The Tigers were called off the course playing holes Nos. 15-17 on the back nine with sophomore Sam Burns leading the way at 4-under par and senior Brandon Pierce following at 2-under par on the day.

Vanderbilt holds the early lead in stroke play at 8-under par with play still to be completed, while Auburn is the top team to finish its first round with a score of 6-under 282 in the morning waves to finish the day second in the team standings. Returning Saturday to complete their opening round will be Oklahoma State in third place at 5-under, Southern California in fourth place at 4-under and Baylor, Illinois and UNLV all on 3-under par with LSU in a four-way tie for fifth place.

Alabama and Ole Miss both closed out play in the morning with matching team scores of 1-under par 287 to finish Friday’s action seven shots off Vanderbilt’s pace in a tie for ninth place in the field of 30 teams.

Burns is without a bogey in his opening round as he has written four birdies on his scorecard at the par-five second, par-three fifth, par-four 10th and par-five 11th holes to get to 4-under par for the day. That has the All-American and Jack Nicklaus NCAA Division I National Player of the Year Award finalist in a tie for third place individually and two shots behind the 6-under 66 fired by Ole Miss’ Braden Thornberry.

Auburn’s Jacob Solomon posted a 5-under 67 in the morning to follow in second place, while Burns finished the day tied for third with Vanderbilt’s Matthias Schwab, USC’s Justin Suh and Illinois’ Michael Feagles.

It has certainly been a tale of two nines for Pierce as he is positioned well in a tie for 13th place on the leaderboard at 2-under par through 16 holes. After making three bogeys in his first five holes to sit 3-over par on his front nine, Pierce turned at 2-over par thanks to a birdie at the par-four eighth. He then reeled off four-straight birdies at Nos. 11-14 to battle back to 2-under par for the day.

Freshman Philip Barbaree has carded three birdies and four bogeys through 16 holes to sit in a tie for 62nd place at 1-over par, while senior Eric Ricard and sophomore Luis Gagne both finished play tied with one another for 89th place at 2-over par after 16 holes and 15 holes, respectively.

The continuation of the first round is scheduled for Saturday at 6:30 a.m. CDT with the second round of stroke play immediately following at 7:15 a.m. The Tigers will tee off with Baylor and Stanford in the second round beginning at 7:37 a.m. from the back nine. Golfstat will provide the live scoring of the tournament as fans can follow along at http://www.golfstat.com.