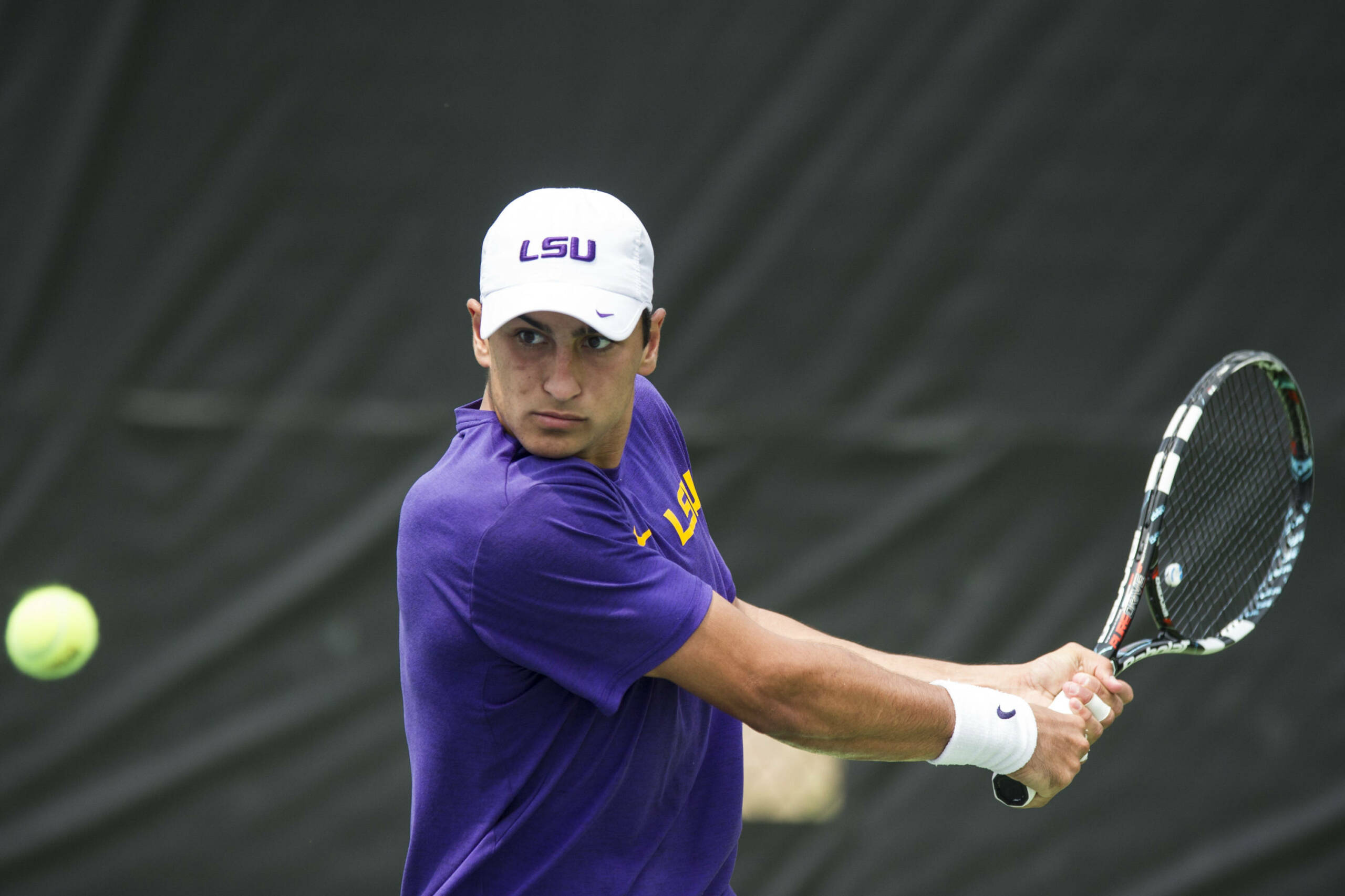 ATHENS, Ga. – LSU men’s tennis tandem Jordan Daigle and Justin Butsch concluded their careers after falling to No. 12 William Blumberg and Robert Kelly of North Carolina, 7-6(4), 7-5 in the NCAA Doubles Championships Round of 32 Thursday at the Dan Magill Tennis Center.

With the loss, Daigle and Butsch finish the season with a 15-12 record on the doubles court.

Daigle notched 45 career wins on the doubles court, and with partner Boris Arias he became a part of the first doubles duo to earn All-America honors in consecutive seasons after earning 30 wins in two seasons, including three wins against the No.1 pair in the nation.

The Lafayette, Louisiana native compiled a 38-32 record on the singles courts with the majority on court one. He was a member of the All-SEC First team in 2015 and was named to the All-SEC Second Team in 2016 and 2017. A 2016 SEC Academic Honor Roll recipient, Daigle graduated in May with a degree in sport administration.

Butsch wraps his doubles career up with a 76-54 record, spending time on all three courts throughout his four-year career. With 90 career wins on the singles courts, Butsch has placed himself at No. 11 among the LSU all-time singles wins leaders.