Valle Costa on to Round of 16 in Singles, Doubles 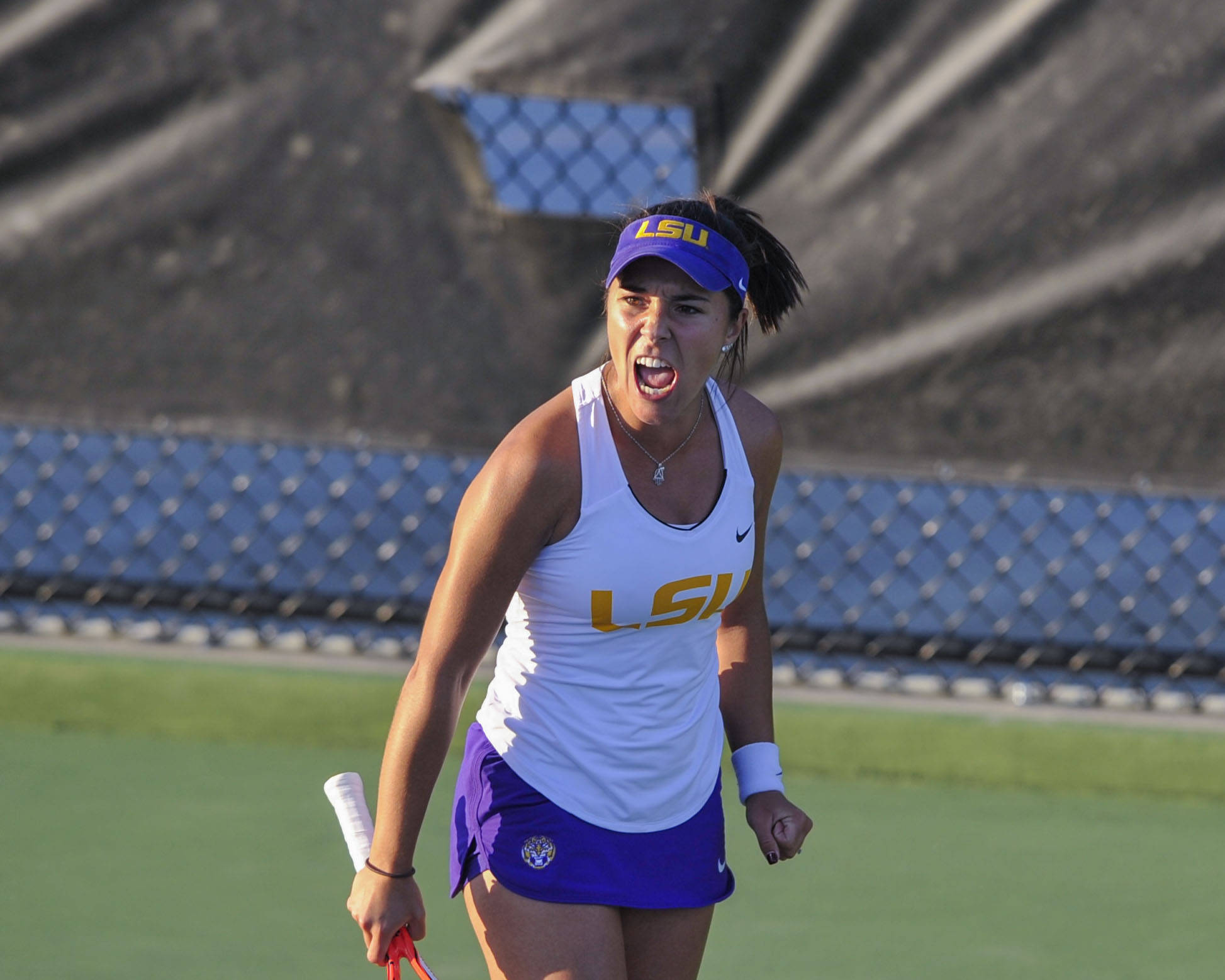 ATHENS, Ga. — Senior Joana Valle Costa became the first LSU women’s tennis player since 2009 to advance to the round of 16 of the NCAA Division I Women’s Singles Championships by defeating Petra Melounova in the second round at the Dan Magill Tennis Complex Thursday.

The No. 46-ranked Valle Costa defeated the University of Hawaii’s 70th-ranked Melounova in straight sets, 6-3, 6-2, solidifying her place in tomorrow’s round of 16, where she will face off against Florida’s Belinda Woolcock, the sixth-ranked player in the country.

Valle Costa returned to the court later in the day along with partner Ryann Foster to defeat the No. 51 pairing of Melissa Baker and Palina Dubavets 6-2, 7-5, becoming the first LSU doubles tandem to advance to the round of 16 since 2000.

Freshman Jade Lewis‘s standout debut season came to an end in the round of 32 as the Hilton Head, S.C. native fell to Pepperdine’s No. 19-ranked Ashley Lahey.

Lewis battled in the first set to force a tiebreaker that ultimately went in favor of Lahey, but Lewis stormed back to claim the second set and tie the match.

Lewis got out to a 5-4 lead in the third set, but a resilient Lahey rattled off three straight games to take the final set and the match.