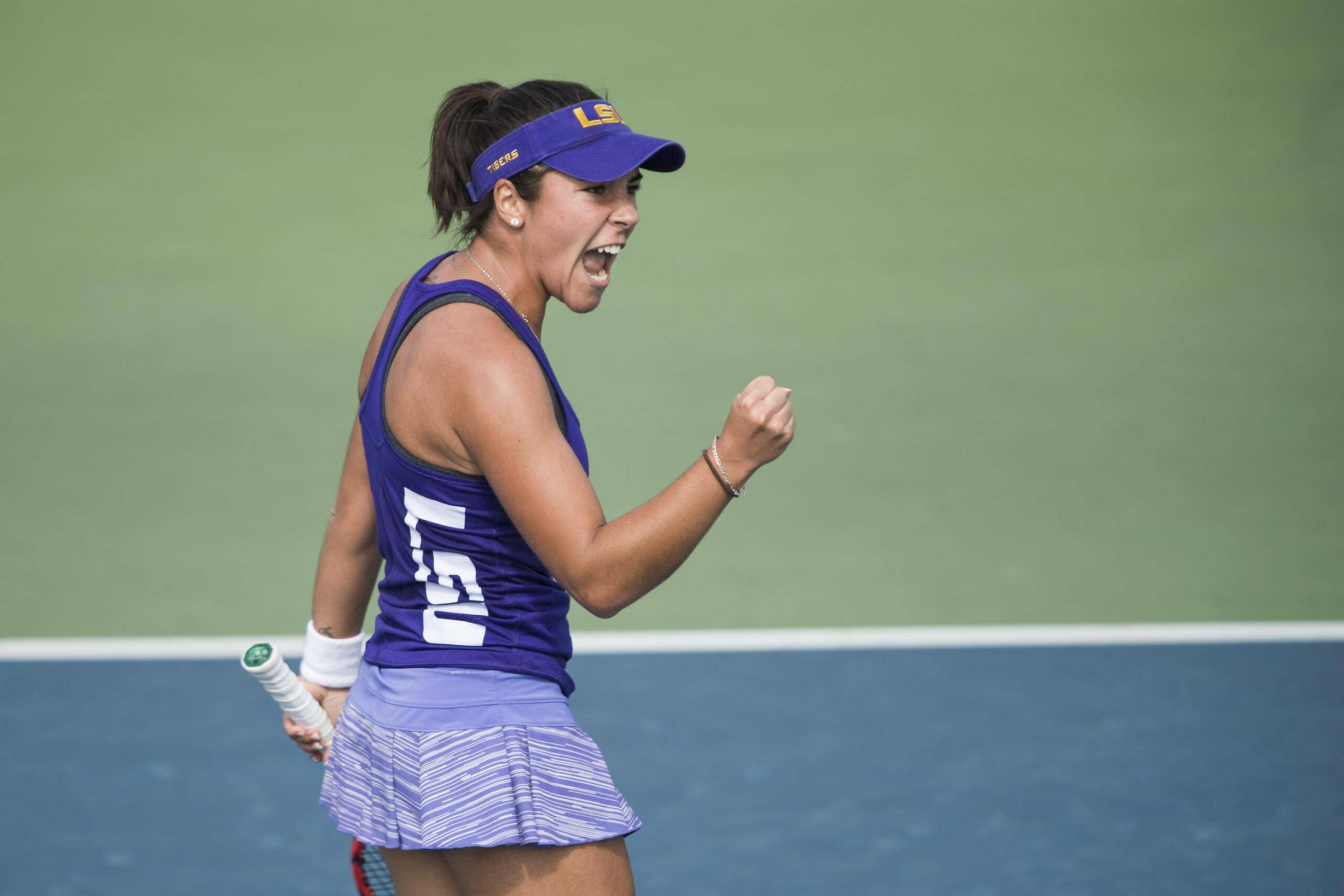 ATHENS, Ga. — Freshman Jade Lewis and senior Joana Valle Costa made history for the LSU women’s tennis team at the NCAA Division I Singles Championships, becoming the first pair of teammates to advance to the singles second round by winning their respective first-round matches at the Dan Magill Tennis Complex Wednesday.

The No. 46-ranked Valle Costa was first on the court for the Tigers in Wednesday’s opening round and shrugged off several rain delays throughout the day to handily defeat Oklahoma’s No. 32-ranked Lily Miyazaki in straight sets, 6-3, 6-2.

The win over Miyazaki was Valle Costa’s highest-ranked victory of the season and her  fifth overall victory against a ranked opponent this season.

After dealing with a few rain delays of her own, the 11th-ranked Lewis’s match was moved indoors where she defeated Duke’s No. 55-ranked Chalena Scholl 6-4, 2-6, 6-4.

The SEC Co-Freshman of the Year earned her 11th ranked win of the season with Wednesday’s victory over Scholl and improved to 17-6 in her freshman campaign.

The NCAA Division I Women’s Doubles Championships also begin tomorrow, with the No. 16-ranked pairing of Valle Costa and Ryann Foster set to face off against the No. 51-ranked duo of Melissa Baker and Palina Dubavets of UC Santa Barbara in the opening round at 3 p.m. CT.