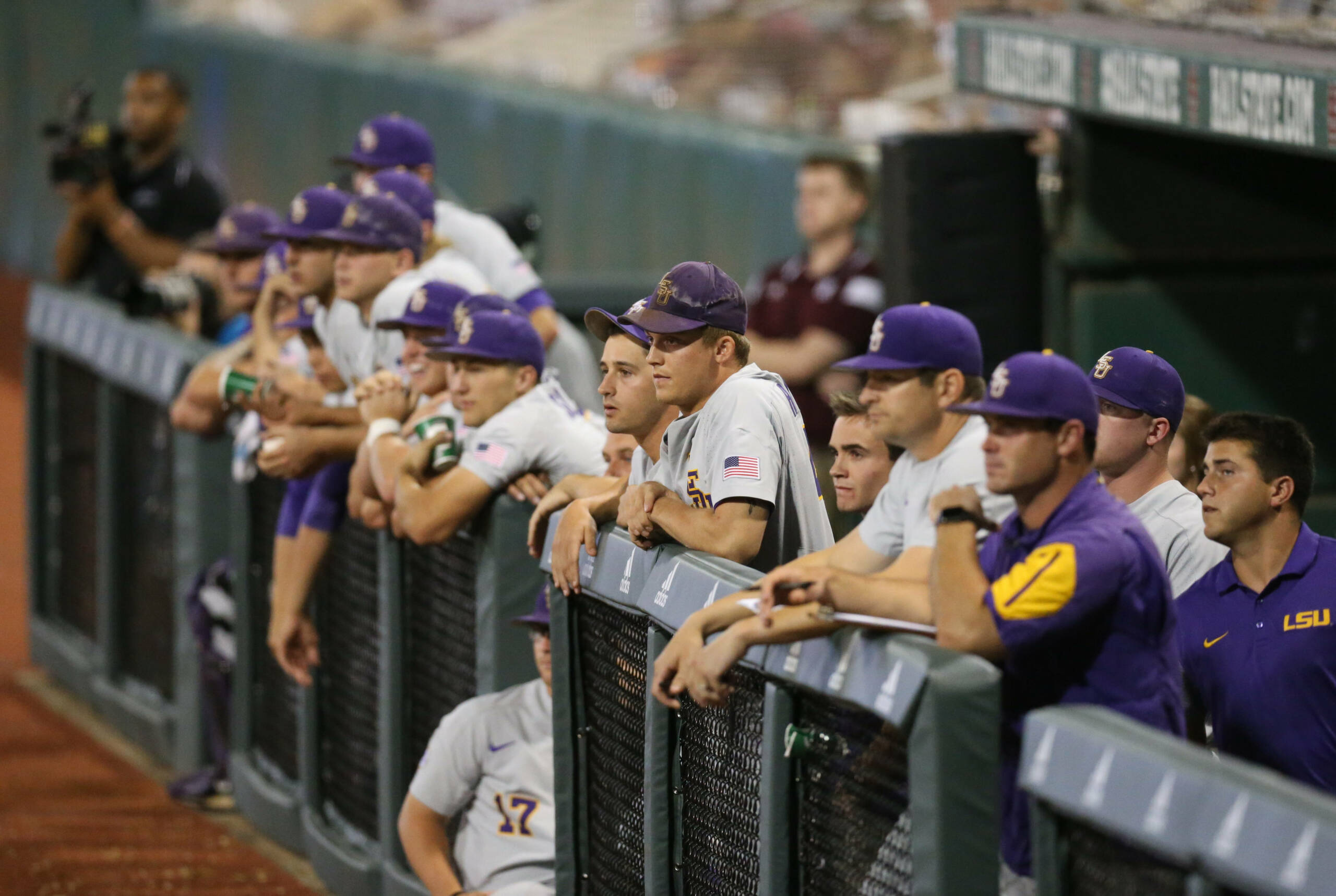 HOOVER, Ala. — Following a four-hour game 1 and a 1:46 rain delay during game 2 on Tuesday, the Southeastern Conference was forced to adjust the LSU Baseball team’s opening game Wednesday against Missouri.

LSU (39-17), which shared the regular-season title at 21-9 in league play, will face No. 10-seed Missouri in the third game of Wednesday’s action, estimated to be at 4:30 p.m. CT.  The game was originally scheduled to be the second game of the day.

Missouri defeated Texas A&M, 12-7, to advance through the single-elimination first round.

The LSU-Missouri game will be carried on the LSU Sports Radio Network (WDGL 98.1 FM in Baton Rouge), and the radio broadcast may be heard at www.LSUsports.net/live,

Wednesday’s game will be televised by the SEC Network, and it is accessible online at WatchESPN.com and the Watch ESPN app.

LSU won its 17th Southeastern Conference championship Saturday night with an 11-7 victory over Mississippi State at Dudy Noble Field. LSU, which claimed the SEC Western Division championship on Friday night with a win over MSU, shares the overall title with SEC Eastern Division champion Florida. The SEC title is the fourth for LSU in the past nine seasons under coach Paul Mainieri.

The Tigers, who posted victories in 11 of their final 12 SEC games, won 21 league contests, marking LSU’s 11th 20-win season in SEC games, the most 20-win seasons in league history.

“We know that our season won’t end in Hoover, so knowing that we’re still going to be playing next week in the NCAA Tournament allows us to go to Hoover, have some fun and play some great competition. It’s a wonderful venue with big crowds, our kids love going there, and they play very loose, very aggressive and very confident.”

Mainieri said that sophomore right-hander Caleb Gilbert, a Hoover, Ala., native, will start Wednesday’s game on the mound in place of freshman right-hander Todd Peterson, who is suspended for the LSU-Missouri game due to a violation of team rules.

Gilbert pitched brilliantly in a relief win at Mississippi State on Saturday to clinch a share of the SEC regular-season title. He worked 1.2 scoreless innings against the Bulldogs with no hits, no walks and four strikeouts

LSU is No.2 in the SEC in team batting average, hitting .291 on the year, and the Tiger hitters have the fewest strikeouts in the league (327). LSU will face a Missouri pitching staff that entered the tournament second in the league with a 3.45 ERA.

The Tigers’ offense is led by first-team All-SEC rightfielder Greg Deichmann, who is hitting. 320 this season, and he is No. 2 in the SEC in home runs with 17. Deichmann is also third in the league in RBI (63), second in walks (43), fourth in slugging percentage (.617) and fifth in total bases (127).

LSU shortstop Kramer Robertson, a second-team All-SEC selection, has been instrumental in LSU’s late-season surge, batting a team-best .367 (22-for-60) in the Tigers’ last 14 games (12 wins) with three doubles,  one triple, two homers, eight RBI, 20 runs and a .435 on-base percentage.

The LSU staff will face a Missouri club that entered the tournament 10th in the SEC in batting average (.264), and Mizzou collected 46 home runs and a league-high 72 stolen bases during the regular season.

DATE/TIME
Wednesday, May 24 – 4:30 p.m. CT (time approximate based upon lengths of the two games prior to LSU-Missouri game)

LSU IN THE SEC TOURNAMENT
LSU has a league-best 77-40 (.658) all-time record in the SEC Tournament, and the Tigers own a conference-high 11 tournament titles. Alabama and Mississippi State are second behind LSU with seven tournament titles, and Ole Miss is third with five championships. LSU has won five of the past nine  SEC Tournament crowns, claiming the title in 2008, 2009, 2010, 2013 and 2014. The Tigers are 27-6 under 11th-year coach Paul Mainieri in SEC Tournament games.