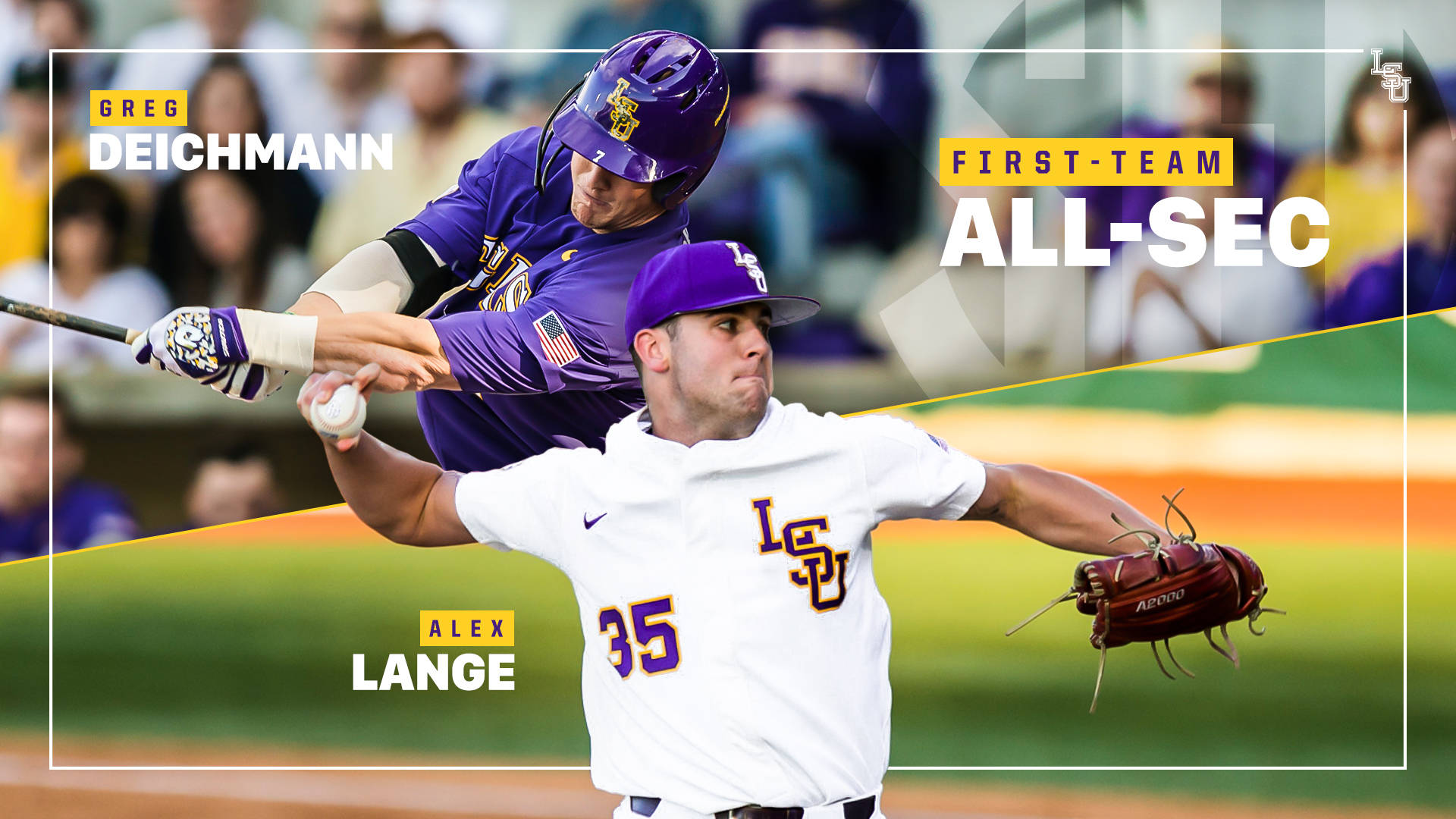 BATON ROUGE, La. – LSU rightfielder Greg Deichmann and pitcher Alex Lange were named to the 2017 First-Team All-SEC squad in a vote of the league coaches.

Papierski, a junior from Lemont, Ill., has performed superbly behind the plate throughout the season, and he has thrown out 21 base runners attempting to steal this season. He’s also become an offensive force, having raised his batting average from .197 to .258 over the past six weeks of the season.

Watson, a native of Ruston, La., is LSU’s third-leading hitter, batting .317 with seven doubles, two triples, four homers, 24 RBI, 25 runs and eight stolen bases. He was named SEC Freshman of the Week on May 8 after leading LSU to a series victory over South Carolina.

Walker, a right-hander from Arlington, Texas, has been LSU’s No. 3 weekend starter all season, and he’s posted a 6-1 record with a 4.04 ERA in 78 innings with 62 strikeouts. Walker was named SEC Pitcher of the Week on April 10 after firing a complete-game shutout at Arkansas, and he threw 7.2 hitless innings in a win versus Auburn on May 13.