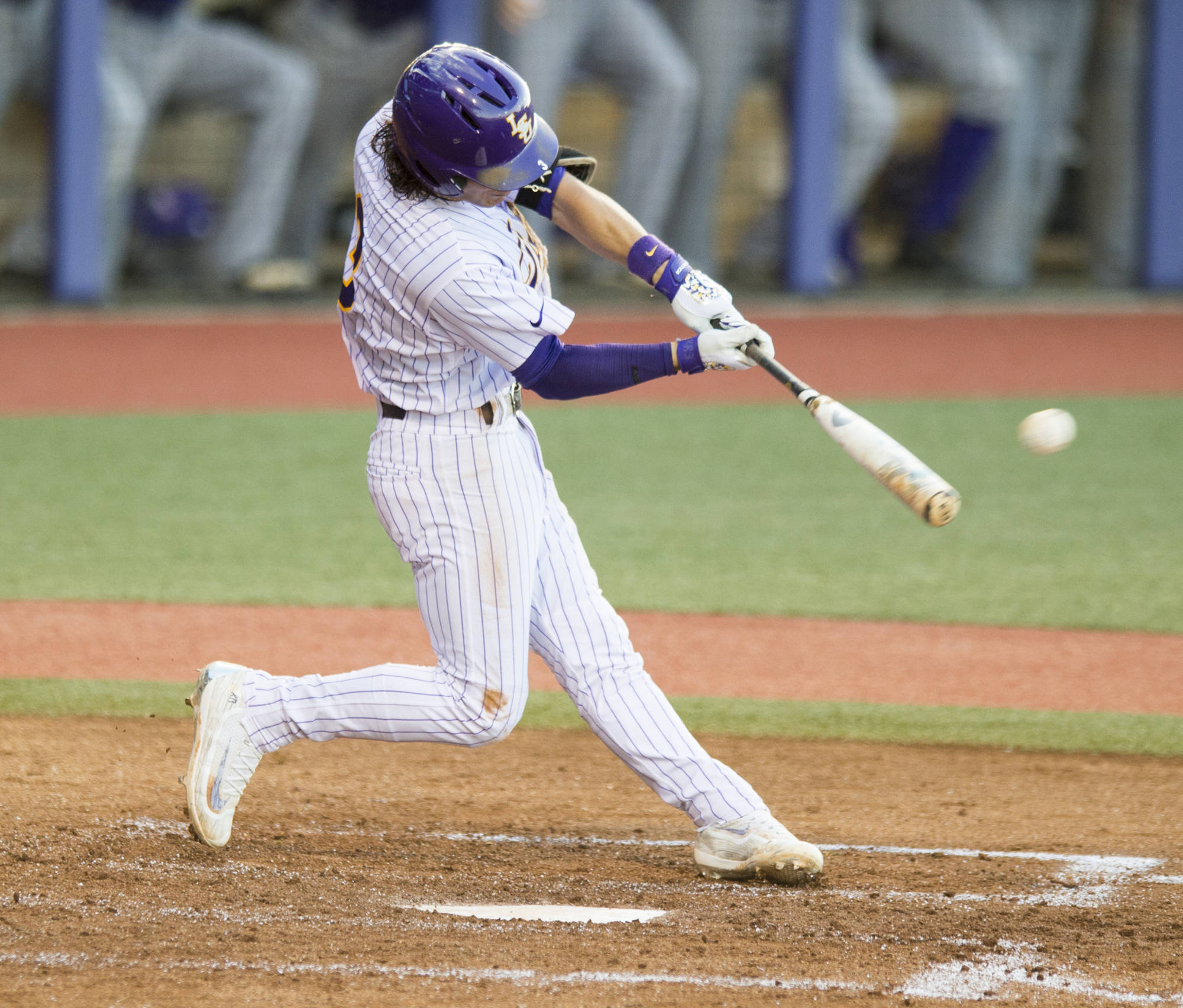 Robertson was named the SEC Player of the Week , and Hess was voted the SEC-Co Freshman of the Week, sharing the honor with T.J. Sikkema of Missouri.

Robertson, a senior from McGregor, Texas, batted .526 (10-for-19) in the Tigers’ four wins last week, and he helped lead LSU to a three-game sweep of Mississippi State and a share of the 2017 SEC regular-season championship. Robertson, LSU’s lead-off hitter, recorded two doubles, one triple, one homer, three RBI, eight runs and a .591 on- base percentage.

Hess, a right-hander from Forest, Va., made two appearances in LSU’s three-game sweep of Mississippi State, working a combined 4.2 shutout innings with two hits, one walk and eight strikeouts. He earned the save in LSU’s Game 2 victory, which clinched the SEC Western Division title for the Tigers.

Hess fired 3.2 innings in Game 2, allowing two hits with one walk and six strikeouts. He entered the game in the sixth inning with one out and the tying run on deck, and he fired consecutive strikeouts to retire lead-off hitter Ryan Gridley and SEC batting leader Brent Rooker to end the inning. Hess then began the seventh inning with consecutive strikeouts of MSU No. 3 hitter Jake Mangum  and clean-up hitter Cody Brown.

Hess also worked the eighth inning in Game 1 of the series, retiring all three batters he faced with two strikeouts to hold a 3-1 LSU lead.