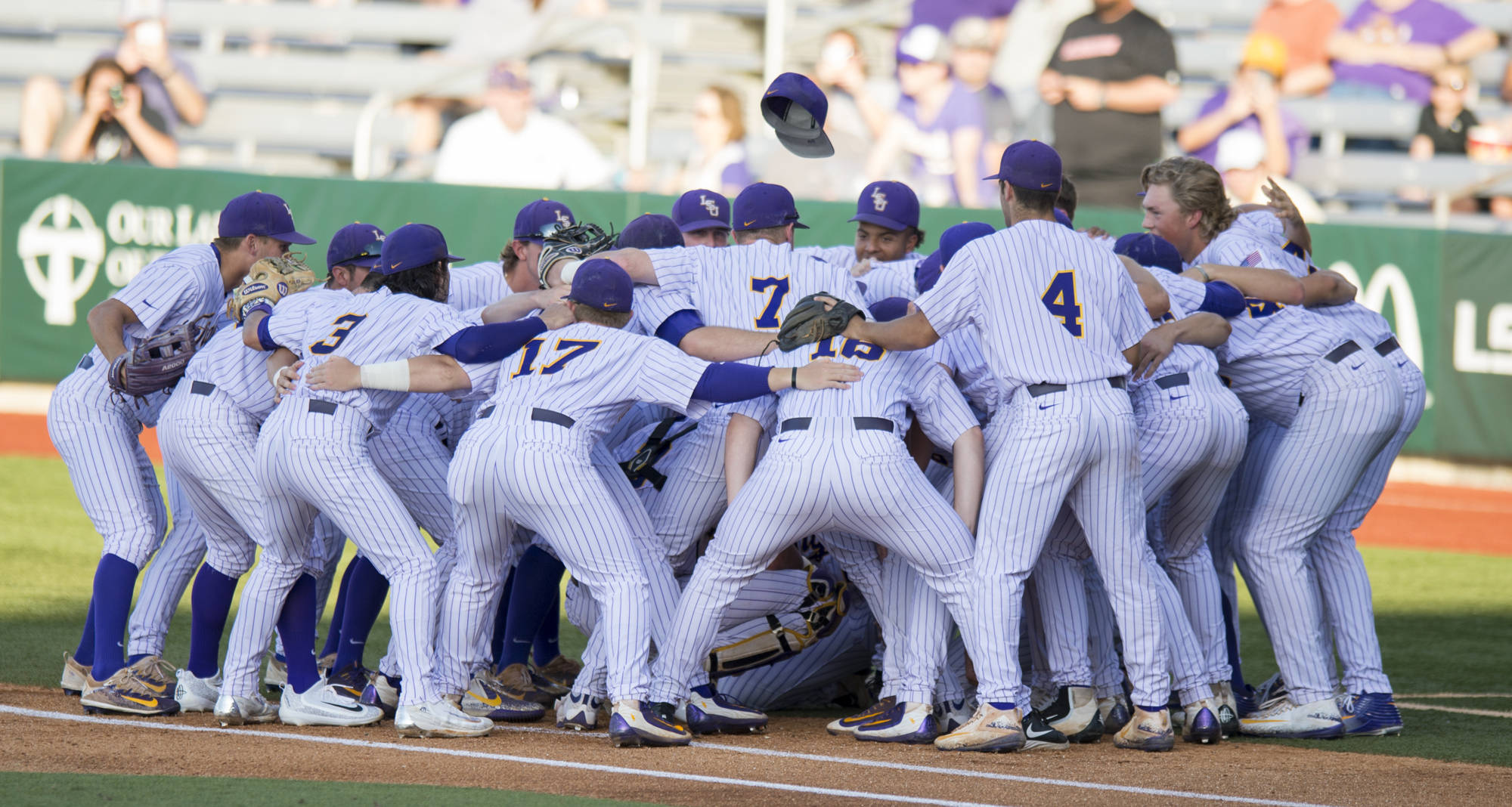 The games will be carried on the LSU Sports Radio Network (WDGL 98.1 FM in Baton Rouge), and the radio broadcast may be heard at www.LSUsports.net/live,

LSU posted an SEC series sweep over Auburn last weekend, and the Tigers moved into sole possession of first place in the SEC Western Division. LSU has a one-game lead over second-place Mississippi State with three games remaining in the SEC regular-season race.

LSU is also in contention for the SEC overall title, as the Tigers are just one game behind SEC Eastern Division leader Florida.

“The atmosphere at Dudy Noble Field is awesome, and we’re looking forward to a tremendous series with Mississippi State,” LSU coach Mainieri said. “Our players in past years have really embraced the atmosphere and performed at a high level. The LSU-Mississippi State rivalry has a long, rich tradition, and this weekend should be electric. It’s the type of weekend you want to be involved in as a college baseball player or coach.”

LSU, which has won eight of its last nine conference games, is No.2 in the SEC in team batting average, hitting .292 on the year, and the Tiger hitters have the fewest strikeouts in the league (310). LSU will face a Mississippi State pitching staff that is 13th in the league with a 4.62 ERA, but the Bulldog hurlers are averaging nearly nine strikeouts per game.

LSU junior rightfielder Greg Deichmann is hitting .318 this season and has team highs of 17 homers and 60 RBI. Deichmann has also drawn 33 walks, and he has a .408 on-base percentage.

The LSU pitching staff is No. 8 in the SEC with a 3.74 ERA. The Tigers’ Game 1 starter, junior right-hander Alex Lange, was named SEC Pitcher of the Week on Monday after recording a brilliant effort last Thursday, firing a five-hit shutout to defeat Auburn. Lange threw 118 pitches, issued no walks and collected nine strikeouts in the outing, which marked his second career shutout. His first shutout came on May 31, 2015, in an NCAA Regional game versus UNC Wilmington.

LSU’s Game 3 starter, freshman right-hander Eric Walker, was only four outs away from throwing the first nine-inning no-hitter at LSU in 55 years before allowing a solo home run with two outs in the eighth inning last Saturday versus Auburn. Walker fired 7.2 hitless innings with three walks and three strikeouts before the no-hit bid ended in the eighth.

Walker finished out the eighth inning by striking out the next Auburn batter after the home run, and he earned his sixth win in seven decisions as LSU completed a series sweep with a 9-1 victory

The LSU staff will face a Mississippi State club that is third in the SEC in batting average (.287), and the Bulldogs have collected 47 home runs and 66 stolen bases.

SERIES RECORD
Mississippi State leads the overall series with LSU, 203-179-1, and the first meeting between the teams occurred in 1905. Last year, the teams split four games – MSU won two of three regular-season games over the Tigers in Baton Rouge, and LSU posted a 6-2 win over the Bulldogs in the quarterfinal round of the SEC Tournament. LSU has won nine of the last 10 SEC series with the Bulldogs – last season’s MSU series win in Baton Rouge broke a string of nine straight series wins for LSU over Mississippi State from 2007-15. LSU coach Paul Mainieri has a 25-13 career mark against Mississippi State.