Women's Tennis Falls at No. 13 Cal 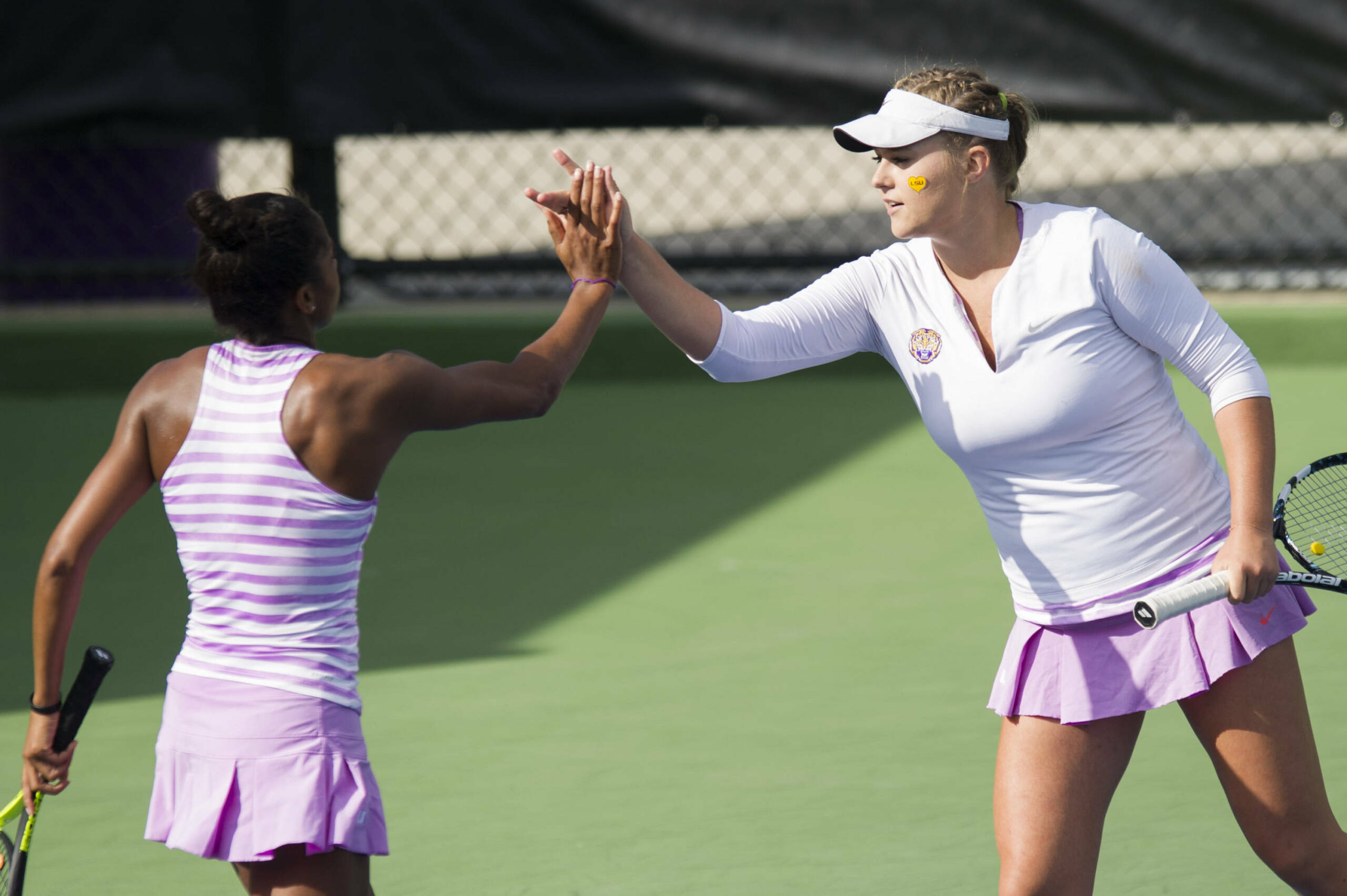 BERKELEY, Calif. — The LSU women’s tennis team’s NCAA Tournament journey ended with a 4-0 defeat at the hands of the No. 13-ranked Cal Bears at the Hellman Tennis Center Sunday.

The Tigers ended their season with a 15-11 record with the loss while the Bears improved to 19-5.

“The Tiger nation would be so proud of the fight and the heart that this team played with today,” co-head coach Julia Sell said. “We really complement Cal on a great match. This was a battle. We put ourselves in a position to win and Cal answered with some incredible tennis. The reality of today is that Cal is a top-five team and we are a program on the cusp of that level.”

Cal, which hosted the Berkeley regional, defeated the No. 21 ranked Tigers in the final match of the regional and will advance to the round of 16 in Athens, Georgia next weekend.

The Bears started the match with a huge momentum boost by winning the doubles point after claiming victories on courts one and two. The No. 34 pairing of Maegan Manasse and Maya Jansen defeated LSU’s No. 16 tandem of Joana Valle Costa and Ryann Foster before Cal’s No. 55 team of Olivia Hauger and Karla Popovic took down Jade Lewis and Becca Weissmann, handing the host team an early 1-0 lead.

Singles play began in similar fashion for the Bears, who took the first sets on all six courts. The Tigers began to fight back, however, with resilient performances across the Hellman Center as Lewis and Valle Costa each took the second set on their respective courts.

The Bears took a second overall point with No. 123 Denise Starr’s victory over No. 105 Foster, snapping Foster’s four-match win streak and ending the junior’s season with a team-leading 27 overall singles wins dating back to the fall.

Court five was the next to fall in the Bears’ favor as Maya Jansen defeated the freshman Weissmann, giving the home team a 3-0 lead.

Cal clinched the round of 32 match against LSU with Olivia Hauger’s court four victory over Golovin, ending yet another historic season for the Tigers.

“It was particularly emotional for our team after this match, not just because of losing but because we are at the end of the journey with a great group of student-athletes,” Sell said. “This team has persevered through so much adversity and has done it with such integrity and grace. Mike and I have never had more fun coaching a group of players and we will miss this team.”