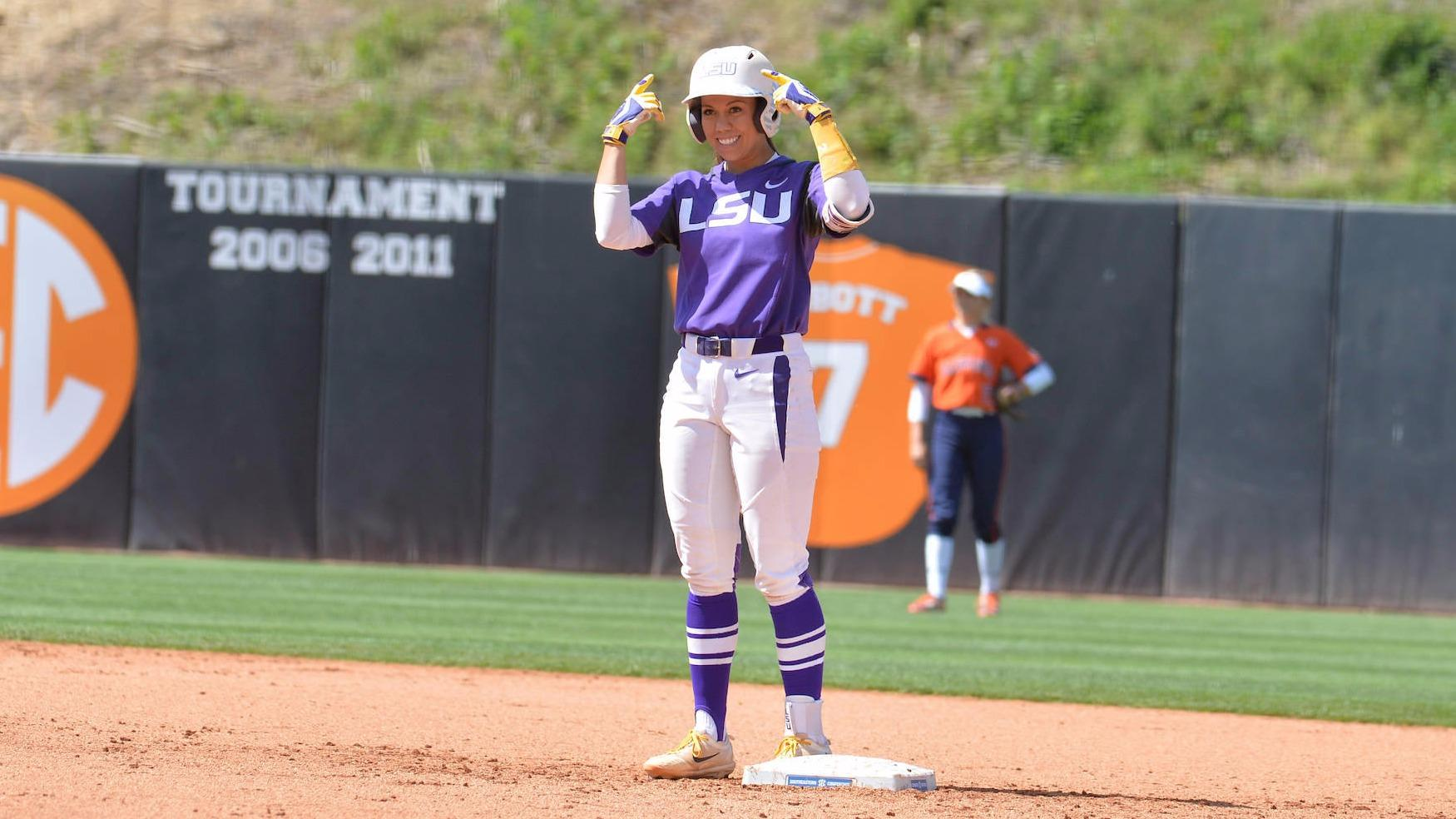 KNOXVILLE, Tenn. – In a rematch of last year’s title game, the No. 21 LSU softball team used a big five-run fifth inning to jump out to a lead that would not be threatened in a 6-0 win over the Auburn Tigers to advance to the 2017 SEC Softball Tournament Championship Game for the second consecutive year.

Scoring a run in the second inning to take an early lead, the Tigers (41-17) would not stop there and plated the five with the help of an Auburn (46-10) defense that committed four of their five errors in the game in that frame alone to aid in the LSU effort. LSU also earned four of their game-leading nine hits in the inning to push ahead and hold on to advance to Saturday night’s title game against Ole Miss.

Sahvanna Jaquish led all players going 3-for-4 in the game with a double, RBI and run scored. Seven different LSU players earned hits in the contest, with Sydney Springfield driving in two and Amber Serrett driving in one.

Combining for the 18th shutout in the SEC tournament in LSU history, starter Allie Walljasper (16-4) earned the start and scattered five hits, while Carley Hoover came on in relief and pitched the final 1.2 innings and struck out two with a walk to hold Auburn off the board for the duration of the contest.

Auburn put together its best chance to at least score a run in the sixth, as the opposition was able to load the bases after stringing together three hits with one out on the board, as Hoover came on at that point and got the job done getting a strikeout and a foul out to third to end the inning and Auburn’s last chance at trying to mount a comeback.

Kaylee Carlson (26-4) suffered the loss as of the six runs that crossed the plate only one run was earned, giving up seven hits with two strikeouts and a walk. Makayla Martin closed out the game allowing two hits with one hit batter.

Holding on to a one-run lead heading to the fifth, things really started to come together for LSU as the squad scored five runs on four hits and four Auburn errors to take a 6-0 lead with two innings left to play. Auburn should have been well out of the inning before the wheels began to fall off for the visitors as hits from Andrews, Jaquish, Quinn and Springfield helped the cause, as LSU was able to send 11 batters to the plate in the frame and force an Auburn pitching change late.

LSU now advances to the championship game for the 11th time in program history, and will look to win its sixth tournament title which would be the most in the SEC. The game is scheduled for a 7 p.m. CT first pitch from Knoxville and will be aired on ESPN.