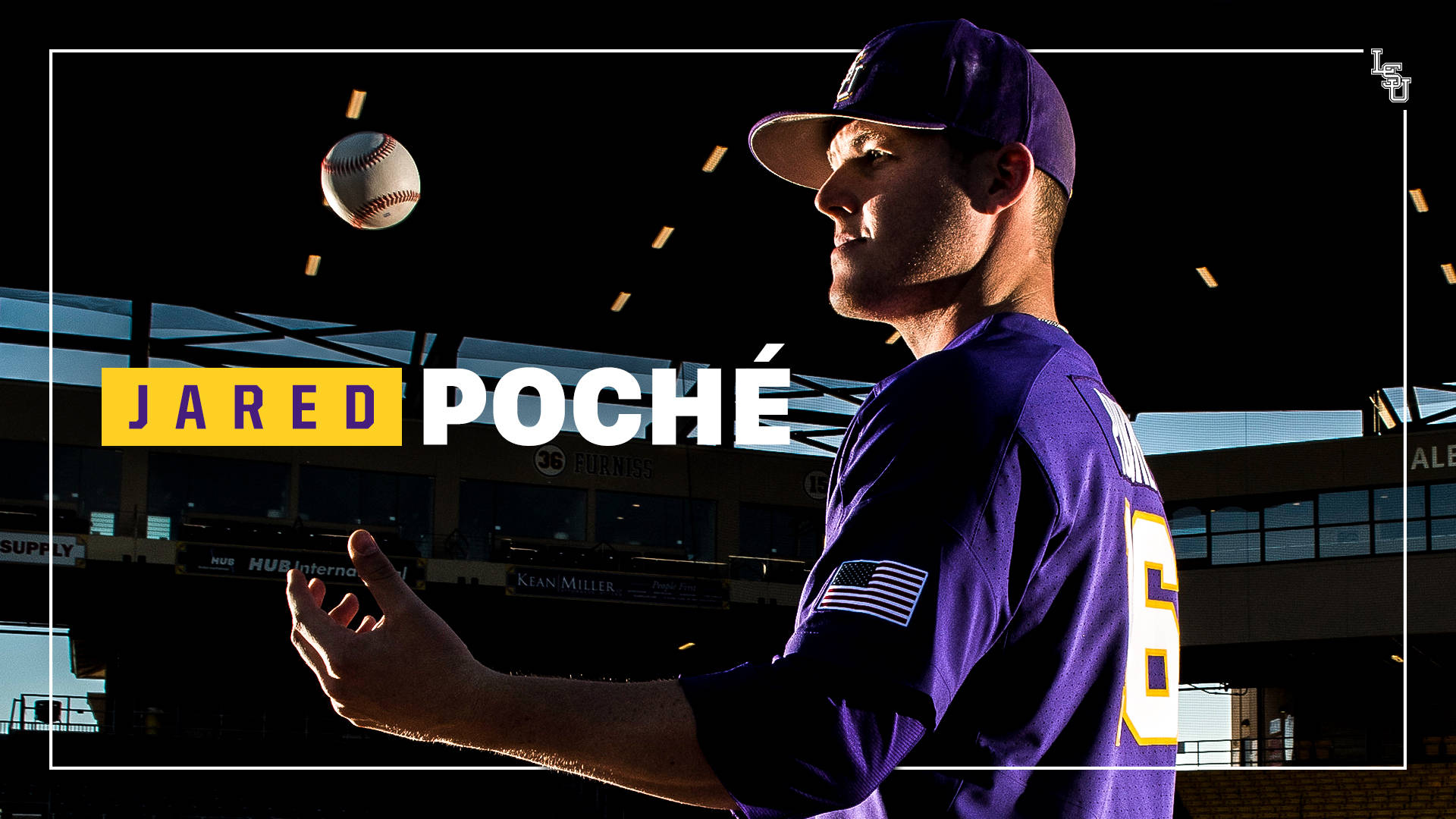 All Jared Poche’ could think about was “get out of the game.”

Throw strikes, put zeroes on the scoreboard and get out of the game.

However, the thought of the first time he entered a game out of the bullpen kept rolling through his mind. In a midweek game last season in South Bend, Ind., at Notre Dame, he used 22 pitches, walked the first batter, allowed a sacrifice bunt and a single before coach Paul Mainieri summoned another pitcher to finish out the inning.

The Tigers were down 2-0 against the Rice Owls in the third inning of the final game of the 2016 Baton Rouge Regional, and after three days of rest, Poche’ walked to the mound to begin the bottom of the third inning.

He fired six shutout innings and only allowed one hit, putting up video game numbers and earning the win as the LSU bats finally arrived in the seventh inning to propel the Tigers to a 5-2 win.

Poche’ was ready to close out his career at The Box in the super regionals. After all, the draft was a mere two days away. While he did not have any expectations to go on the first day, he was expecting to go somewhere between Rounds 3 and 10 on the second day.

The draft started up, and the rounds passed by. His phone finally rang in the sixth, and then again in the seventh, and again in the eighth. All of these calls were pouring in, but nothing came about.

“The next thing you know, the second day of the draft is over, and my name wasn’t called,” Poche’ said. “I didn’t get drafted in the top-10 rounds, and I was heartbroken.”

Frustration set in. He decided he was not going to watch the draft the next day.

“The San Diego Padres just drafted you in the 14th round,” the scout on the other line told him.

He was excited to hear his name called. Like many, it had always been a dream of his to be drafted by a Major League Baseball team.

As the Tigers’ season came to a close in the super regionals, he began negotiating.

His parents would call and ask him every few days, “Did you hear from them?”

“No,” Poche’ retorted each time. He was fed up.

Four weeks went by after that first offer.

The day before the deadline, Poche’ received his final offer from the Padres, and he was set on coming back to school.

“It’s the best decision I’ve made in my life so far,” he explained. “I have no regrets. It allowed me to come back and play here for another year. You won’t experience anything like LSU again until you’re in the big leagues, and that’s if you’re with the right organization. Being from Louisiana, I always wanted to play here and go to school here, and I’m graduating. I won’t have to come back to finish my degree.”

On Saturday, February 18, 2017, Poche’ ran out to the mound for his final opening day in Baton Rouge, and he pitched his heart out, becoming the first person to throw an individual no-hitter for LSU since March 14, 1979, when Bobby Landry fired one against Southern Miss.

It didn’t stop there. The senior did not give up a hit for another eight innings and did not allow a run in 32 innings to open his senior campaign.

“I don’t think you can start off a senior year any better,” Poche’ said. “It was crazy. I was putting up video game numbers, but I don’t really know what to say about that. To start off that way, I don’t think any pitcher can ever expect that. You want to. You want to go out there and get every hitter out in 32 innings, but it just doesn’t happen.”

Poche’ is not one to mention his honors, ever. He is all business, confident, ready to pitch and do his job to help the team win. He knows his flaws and admittedly explains that he has to continuously improve.

He puts his head down and keeps grinding through it, but he’s not finished wearing the Purple and Gold. He wants seven more starts and nothing less. He wants to finish the season strong with a trip back to Omaha.

Poche’ has etched his name in the LSU history books. The consistent workhorse has become one of the best players to ever wear LSU across his chest, as he has won 34 career games (as of May 5) and is itching to win more.

The key to that consistency is his ability to stay even-keeled throughout all of the ups and the downs that a baseball season brings.

“I’ve had a lot of success, but I’ve also had a lot of failure,” Poche’ said. “The only way that you can get through both of them is to not get too high, not get too low. It’s something you have to do to be successful over the long haul.”