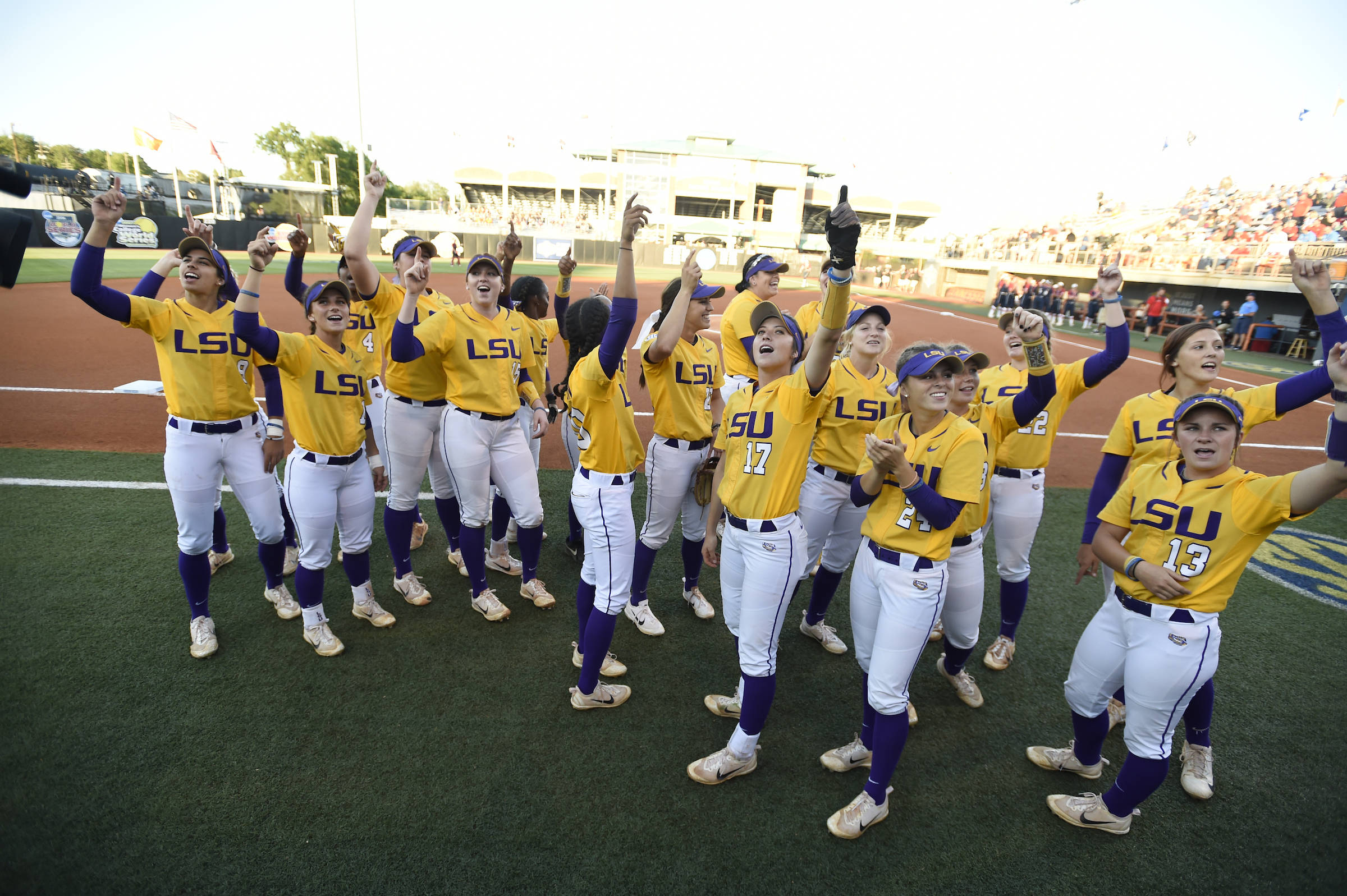 KNOXVILLE, Tenn. – The No. 21 LSU softball team’s run in the 2017 SEC Softball Tournament came to an end in the final game, falling to the Ole Miss Rebels 5-1 Saturday night at Sherri Parker Lee Stadium in Knoxville.

A four-run frame by Ole Miss (40-18) in the second inning doomed LSU (41-18) at the start as the Rebels produced six of their 12 hits in the inning and the Tigers would be unable to match the Ole Miss offensive barrage.

That inning chased LSU starting pitcher Sydney Smith (11-7) from the game, as she wound up suffering the loss allowing three runs on six hits with a strikeout. Carley Hoover came on in relief and pitched the next five innings, allowing two runs, one earned, on six hits with three strikeouts and three walks. Allie Walljasper came on and got the final two outs of the sixth.

Amanda Doyle went 2-for-3 for LSU, with Emily Griggs, Bailey Landry and Amber Serrett each having hits. Constance Quinn drove in the only Tiger run on a groundout.

Ole Miss’ Kaitlin Lee (20-10) pitched every game of the tournament for Ole Miss and earned the complete-game victory by holding LSU to a run on five hits, striking out two. Four Ole Miss players finished the game with multiple hits, as Elantra Cox and Kylan Becker also drove in two runs each.

Still scoreless just one inning into the contest, Ole Miss exploded for four runs on six hits in the second inning to go on top 4-0. The damage would be too great for LSU to overcome as Smith would exit the game in favor of Hoover who came on in relief.

LSU will now await its tournament fate, with the NCAA Selection Show set for a 9 p.m. start on Sunday night on ESPN2.