Tigers Advance Past Tulsa to Round of 32

by Chase Wales
LSU vs. Tulsa +0 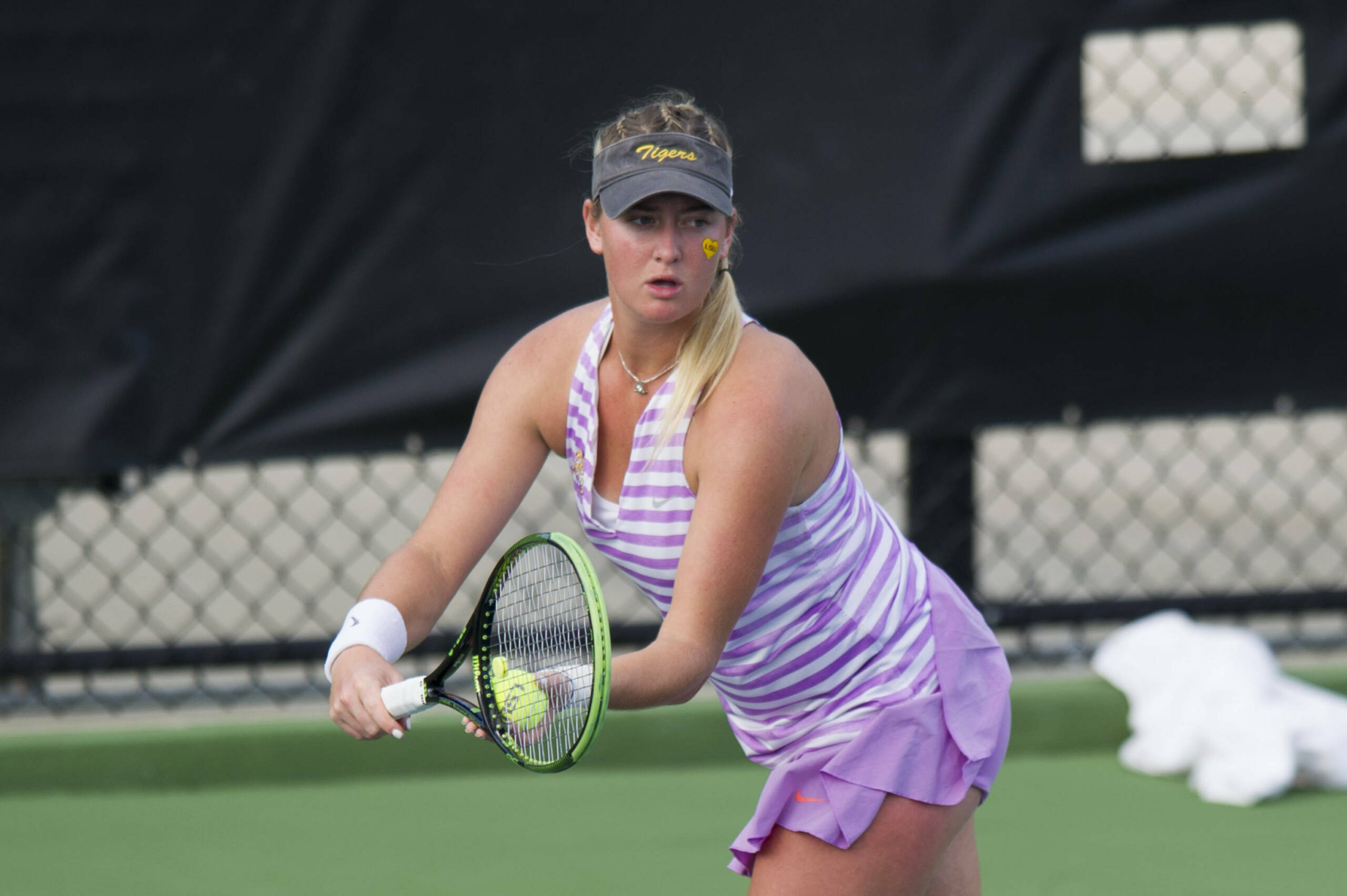 BERKELEY, Calif. — The LSU women’s tennis team stormed back from an early 3-0 deficit to defeat No. 40 Tulsa by a score of 4-3, clinching a spot in the NCAA Tournament round of 32 at the Hellman Tennis Center Saturday.

The No. 21-ranked Tigers improved to 15-10 with the win while the Hurricane fell to 20-8 in their final match of the season.

“It wasn’t pretty today but I thought we did a good job of raising our level when it counted, especially on the top four courts,” co-head coach Julia Sell said. “At this point in the season, you have to play fearlessly and we are going to start tomorrow with that mindset.”

Things got off to a slow start for LSU in doubles play, as freshman pairing Jade Lewis and Becca Weissmann fell to Rongrong Leenabanchong and Martha Matoula on court two, 6-2.

Jessica Golovin and Skylar Holloway leveled the doubles score at one apiece with a 6-2 win over Vera Ploner and Martina Okalova on court three before Tulsa ultimately earned the doubles point and an early 1-0 overall lead with Ksenia Laskutova and Mahitha Dadireddy’s upset win over the 16th-ranked pairing of Joana Valle Costa and Ryann Foster.

Tulsa’s lead quickly increased to 2-0 as Matoula defeated Weissmann on court five, followed by another victory on court six, where Ploner’s victory over Holloway gave the Hurricane a 3-0 lead over the Tigers.

LSU’s incredible postseason comeback began on court two as Valle Costa put the first point on the board for the Tigers with a 6-2, 2-6, 6-1 victory over Leenabanchong.

Golovin followed right behind with a convincing win in straight sets over Okalova, winning the first set 6-3 before the second set fell to a tie break, which Golovin won handily to cut Tulsa’s lead to 3-2.

Foster carried the Tigers momentum along with her on court three, defeating Dadireddy 6-4, 2-6, 6-1 thanks to a dominant third-set performance to level the match at three points apiece.

With all eyes on court one, Lewis and Luskatova were in the midst of an intense battle of back and forth, each trying to end the other’s season, but it was Lewis who came out victorious, clinching the match for LSU in a three-set thriller after dropping her first set.

This marks the third season in a row that the LSU women’s tennis team has advanced to the round of 32 in the NCAA Tournament; the Tigers will face host Cal, the No. 13-ranked team in the country, Sunday at 2 p.m. CT in the final match of the Berkeley regional with the winner advancing to the round of 16 in Athens, Georgia.