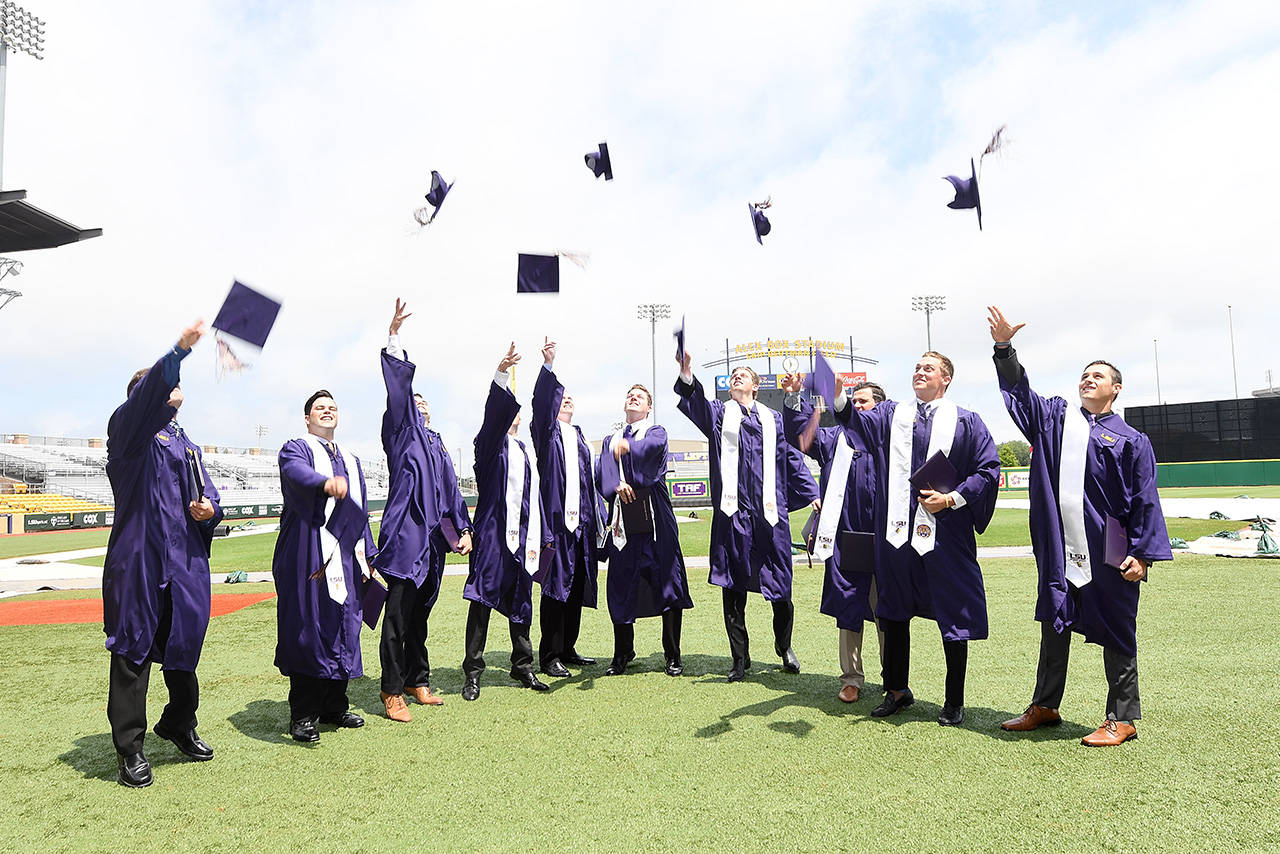 Since the Tigers are playing Auburn Friday night and could not attend the afternoon and evening commencement ceremonies on the LSU campus, the event was held at the stadium to honor the graduates.

“When these players were recruited to LSU, I told them that they would be expected to work extremely hard in order to earn their degrees,” said LSU coach Paul Mainieri. “All of these young men have absolutely earned their college degrees, and we’re very proud of the effort that they’ve put in to achieve their goals.

“It is such a demanding task to not only be a student, but a competitive collegiate athlete at the same time. These young men deserve a huge amount of recognition for their accomplishments.”

The ceremony opened with remarks by the team’s academic advisor, Kirstin DeFusco, who is in her third season with the Tigers, and it concluded with a speech delivered by Ochinko, who expressed gratitude for the support the players received in earning their degrees and spoke of the effect a college degree will have upon their future endeavors.