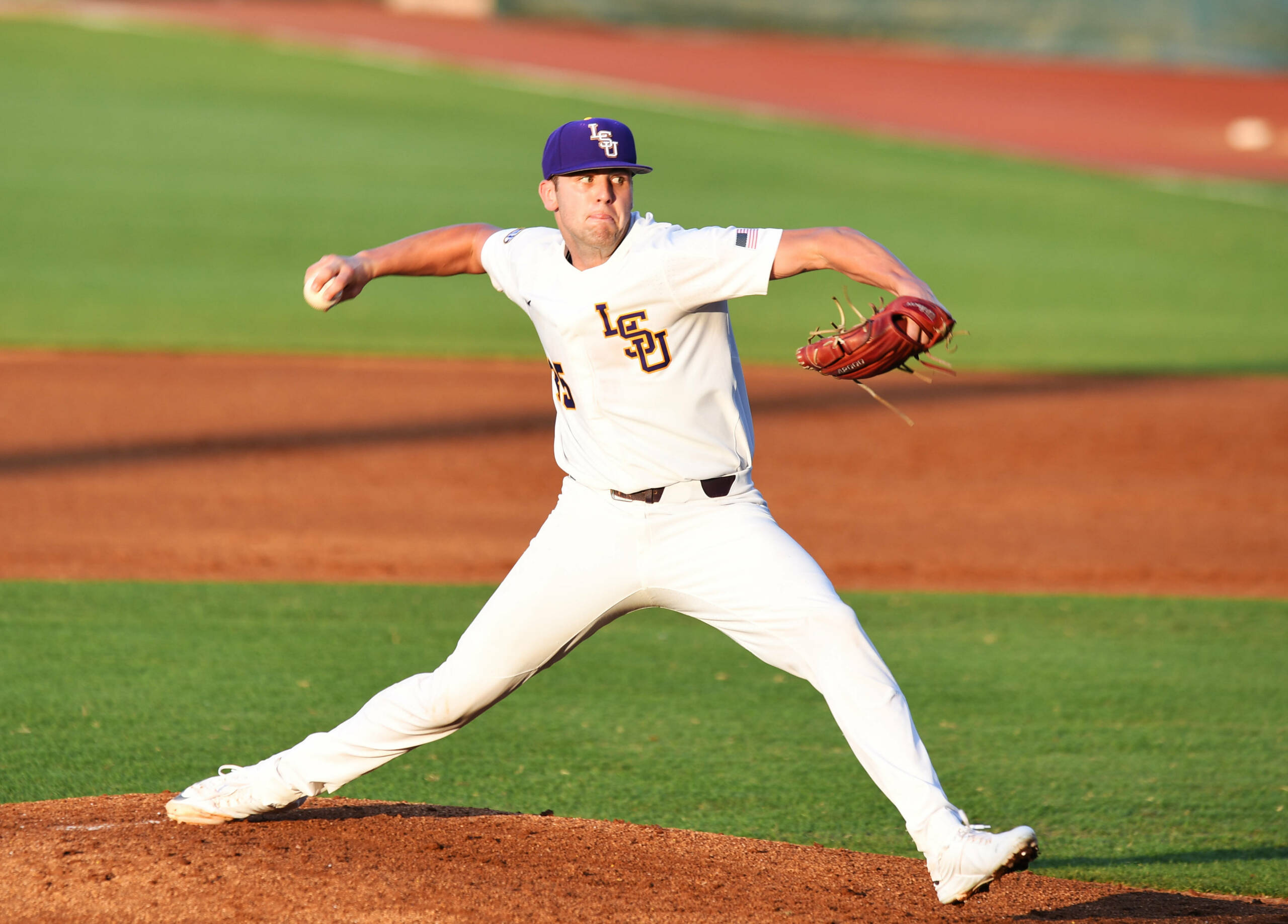 With the win, Lange (6-5) collected the second shutout of his career with the Tigers; his first was on May 31, 2015, against UNC Wilmington in an NCAA Regional contest. Lange became the first LSU pitcher to throw back-to-back complete games since Aaron Nola tossed four in a row in 2013.

Auburn left-hander Andrew Mitchell (5-3) was charged with the loss after giving up four runs on three hits in 2.1 innings of work.

“Alex rose to the occasion, and I thought he was magnificent,” said LSU coach Paul Mainieri. “Right from the first pitch of the ball game, his mechanics were really tight, he looked good, and he got both his fastball and curveball over whenever he wanted to.”

Lange threw 118 pitches in the outing, 81 of them for strikes.

Leftfielder Antoine Duplantis and first baseman Nick Coomes garnered four of LSU’s six hits on the night. Duplantis was 2-for-4 with an RBI, and Coomes aadded a 2-for-3 performance at the plate.

The Tigers return to action Friday night versus Auburn with first pitch slated for 7 p.m. CT. The game will be carried by affiliates of the LSU Sports Radio Network, and the broadcast can also be heard at www.LSUsports.net/live. The game may be viewed on SEC Network+, accessible at WatchESPN.com and the WatchESPN app.

In the top of the first inning Thursday night, rightfielder Greg Deichmann singled up the middle to drive in shortstop Kramer Robertson as LSU grabbed an early 1-0 lead.

Then, with the bases loaded, designated hitter Beau Jordan drew a walk to bring home Duplantis. Third baseman Josh Smith hit a sacrifice fly to left on the following play, scoring Deichmann to give the Tigers a 3-0 advantage in the opening frame.

In the bottom of the second inning, Duplantis delivered a two-out RBI double to score Robertson, extending LSU’s lead to 4-0.

“We got off to a good start, which is always a good thing for a starting pitcher to get a little bit of a lead,” Mainieri said. “The first inning was great, and we executed extremely well. Even though we didn’t score in innings three through eight, I actually thought we hit the ball hard. We hit some balls right on the screws, but unfortunately they were right at somebody.