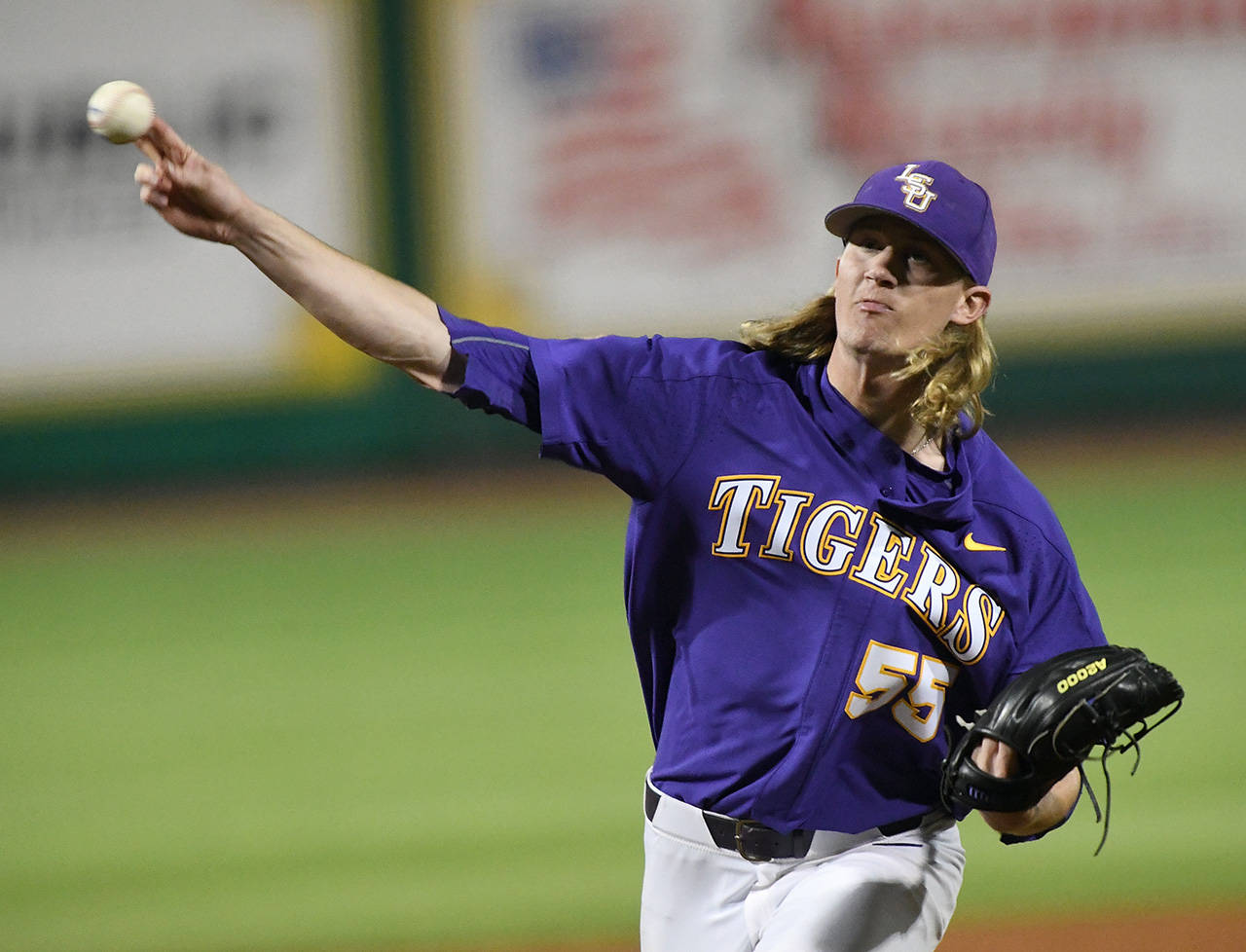 The games will be carried on the LSU Sports Radio Network (WDGL 98.1 FM in Baton Rouge), and the radio broadcast may be heard at www.LSUsports.net/live.

LSU won two of three SEC series games last weekend over South Carolina, and the Tigers are one game out of first place in the SEC standings with six league games remaining. Auburn is just two games back of league leaders Florida and Mississippi State (both 16-8).

“Auburn has been playing with a lot of confidence and (Auburn coach) Butch Thompson’s system has been established there now,” said LSU coach Paul Mainieri. “They are obviously a very talented team, and I know Butch will have them ready to play. It’s going to be three great games, there’s no question about it. Two teams that are very evenly matched going out there and battling like crazy in another exciting SEC weekend.”

LSU leads Auburn, 99-72, in a series that began in 1907. LSU has won 11 of its last 13 games versus Auburn, and last season, LSU won two of three SEC regular-season games over AU at Plainsman Park. LSU has captured 12 of the last 18 SEC regular-season series between the clubs, dating back to 1999.

LSU is No. 2 in the SEC in team batting average at .291, and the Tiger hitters have the fewest strikeouts in the league (292). LSU will face an Auburn pitching staff that is 11th in the league in team ERA, but two of AU’s starting pitchers – right-hander Casey Mize (2nd – 1.39 ERA ) and right-hander Keegan Thompson (4th – 2.08 ERA) – are among the top four pitchers in the SEC in individual ERA.

Junior rightfielder Greg Deichmann enters Thursday’s game as LSU’s leading hitter, batting .333 with 10 doubles, 16 homers and 57 RBI. He is No. 2 in the SEC in both home runs and RBI.

LSU senior second baseman Cole Freeman is batting .330 with 10 doubles, one triple, one homer, 28 RBI and a .432 on-base percentage. He is ninth in the SEC in on-base percentage, and he is No. 6 in the league in stolen bases with 11. Shortstop Kramer Robertson has scored an SEC-best 56 runs this season.

The LSU pitching staff is No. 10 in the SEC with a 3.95 ERA, and it will face an Auburn club that is fifth in the league with a .284 team batting average. LSU junior right-hander Alex Lange, the Tigers’ Game 1 starter, is No.2 in the SEC with 91 strikeouts.

Auburn has 25 home runs – the lowest home total in the conference – but the Tigers have the second-highest number of doubles (106). Auburn is led at the plate by junior outfielder Jonah Todd, who his batting .383 with 13 doubles, three triples and 31 RBI.

Senior utility player Daniel Robert is hitting .300 and shares the team lead in RBI (37) with junior infielder Dylan Ingram, who has 10 doubles and a team-best eight home runs.

SERIES RECORD
LSU leads Auburn, 99-72, in a series that began in 1907. LSU has won 11 of its last 13 and 21 of its last 29 games versus Auburn. Last season, LSU won two of three SEC regular-season games over Auburn at Plainsman Park. LSU has captured 12 of the last 18 SEC regular-season series between the clubs, dating back to 1999. LSU has four straight series wins over Auburn – AU’s last SEC series win over LSU came in 2012, when it captured two of three games at Plainsman Park. LSU coach Paul Mainieri has a 21-10 career mark against Auburn.