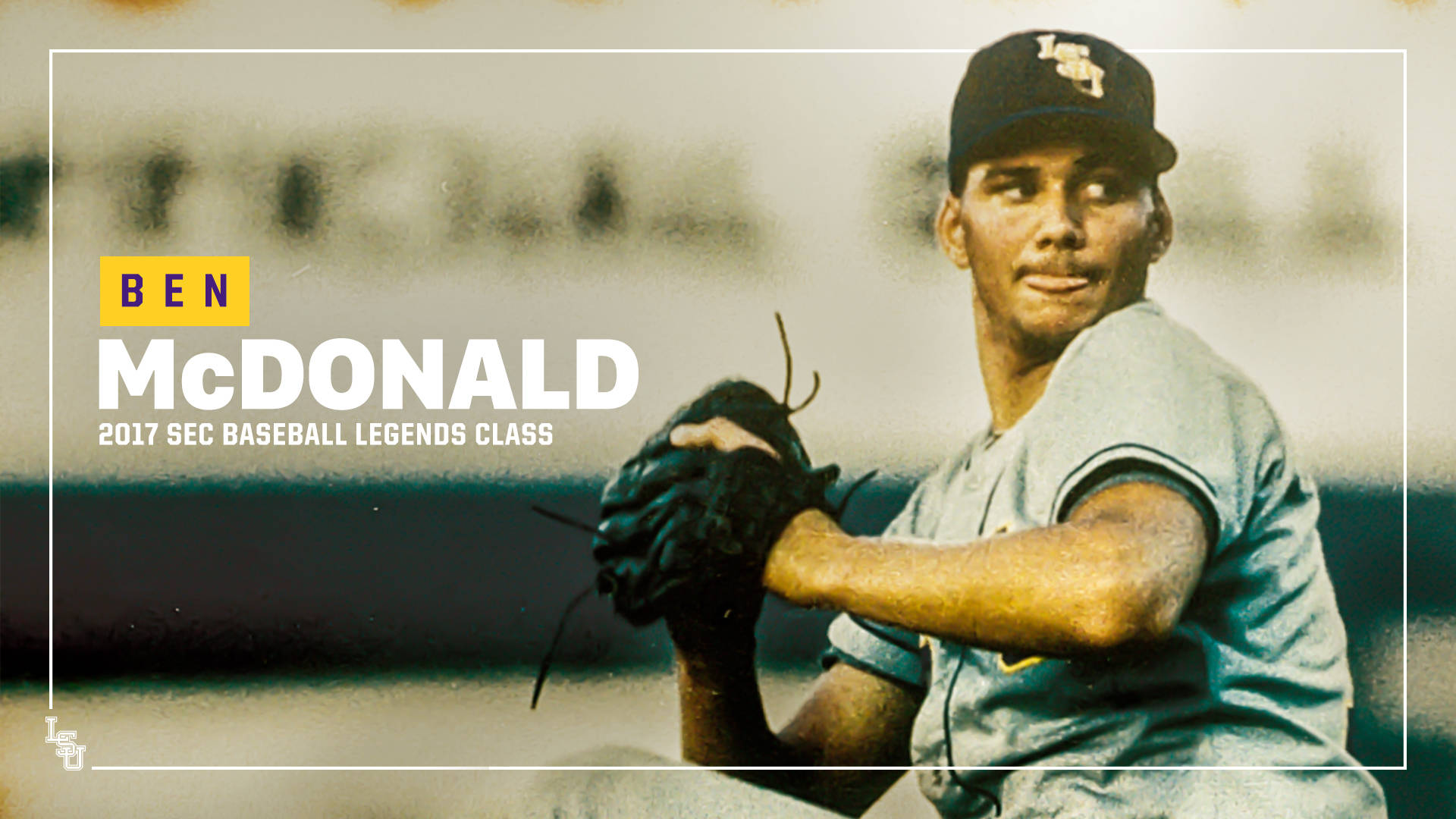 BIRMINGHAM, Ala. — The SEC Baseball Legends, featuring former standouts from Southeastern Conference member institutions, will once again be honored at the 2017 SEC Baseball Tournament May 23-28 at the Hoover Met in Hoover, Ala.

“The Southeastern Conference has a rich tradition in the sport of baseball,” SEC Commissioner Greg Sankey said. “Through our legends program, we are pleased to honor the individuals who have helped establish a foundation for the current and future success of our programs and the opportunities available to our student-athletes today.”

“These SEC Baseball Legends are among the best to play the college game,” said Jamie Kerr, Director, AT&T Corporate Sponsorships. “We’re proud to help honor them for their successes on the field and beyond.”

Each legend will be recognized individually throughout the two quarterfinal matchups on Friday and will have on-field recognition and an awards presentation by Commissioner Sankey on Saturday, May 27 during the semifinals of the SEC Tournament. Fans will have an opportunity for autographs and photos with the honorees at the AT&T Legends Pavilion immediately following. Several legends will also participate in the annual SEC Youth Clinic on Friday morning.

Ben McDonald, LSU
Ben McDonald, a native of Denham Springs, La., capped a magnificent 1989 season by receiving the Golden Spikes Award, given by the United States Baseball Federation to the nation’s most outstanding amateur player. McDonald, who was also named National Player of the Year by Baseball America, The Sporting News and Collegiate Baseball, was the first player chosen in the free-agent amateur draft and made his major league debut with the Baltimore Orioles in September, 1989. McDonald, who set an LSU career mark with 373 strikeouts, established Southeastern Conference standards for single-season strikeouts (202), innings pitched (152.1) and consecutive scoreless innings (44.2). A two-time All-American and a 1988 Olympic gold medalist, he finished his LSU career with a 29-14 record and a 3.24 ERA. He was inducted into the College Baseball Hall of Fame in 2008. McDonald, who enjoyed an excellent 10-year major league career with the Orioles and Milwaukee Brewers, also lettered as an LSU basketball player. He was a member of the 1986-87 Tiger hoops squad which advanced to the Elite Eight of the NCAA Tournament. McDonald currently serves as a baseball analyst for the SEC Network.

Don Kessinger, Ole Miss
Don Kessinger was a two-sport All-American at Ole Miss before becoming a six-time All-Star in Major League Baseball. Kessinger excelled in both basketball and baseball for the Rebels from 1962-64, earning All-SEC and All-America honors in both sports. Kessinger’s .400 career batting average still remains No. 1 in the Ole Miss record book, an effort which is also sixth on the SEC career chart. His best year at the plate came in 1964 when he led the SEC by hitting .436, a performance which remains as the best single season effort in Rebel baseball history. His nine career triples and 44 career steals place him 10th on each Ole Miss all-time list. Following a successful collegiate career, Kessinger moved on to Major League Baseball where he put together an impressive 16-year career. He started with the Chicago Cubs in 1964 and played at Wrigley Field until 1975. During that time as the Cubs’ starting shortstop, Kessinger played in six All-Star Games, earned two Gold Glove Awards and set a then-Major League record for consecutive errorless games at shortstop with 54 in 1969. In his last season in MLB, 1979, Kessinger served as a player-manager for the White Sox. In 1991, he returned to his alma mater to become coach of the Ole Miss baseball team, taking over for legendary Rebel Jake Gibbs. Kessinger won 185 games over six seasons and even had the opportunity to coach his sons, Keith and Kevin.

Dave Silvestri, Missouri
Dave Silvestri is one of the greatest shortstops ever to play for the Missouri Tigers during his career from 1986-88. A native of St. Louis (Parkway Central), Silvestri was a first-team all-American in 1987 and ’88, and was a member of the U.S. Olympic team that won the gold medal at the Seoul Summer Games in 1988. He was also all-Big Eight and all-District V in 1987-88, and was named to the Big Eight all-Tournament team in 1988. Silvestri appears in the top-10 of 29 all-time statistical categories at MU, and his career batting average of .379 is fourth in school history. He still holds 10 game, season or career records for the Tigers. Drafted by the Houston Astros, he’s played at the major league level with the New York Yankees, Montreal Expos and the Texas Rangers. His first National League hit was a run-scoring pinch-hit single against his hometown St. Louis Cardinals, at Busch Stadium, in 1995. He was induced into the Mizzou Athletics Hall of Fame in 1997.

Earl Bass, South Carolina
Earl Bass was an outstanding pitcher for the Gamecocks and compiled a won-loss record of 34-3, despite missing most of the 1973 season with an arm injury. A first-team All-America selection in 1974 and 1975, Bass had a 12-1 mark in 1974 and was 17-1 in 1975. He set a then national record by winning 23 consecutive games over two seasons, a feat that still ranks second. Bass holds school records for shutouts (10), earned run average (1.34), and strikeouts (392). He was runner-up in balloting for the Lefty Gomez Plate, symbolic of the top amateur baseball player in the United States, in 1975 when he pitched the Gamecocks to within one game of the NCAA championship at the College World Series in Omaha, Neb.