Softball Holds on for 6-5 win Over Missouri 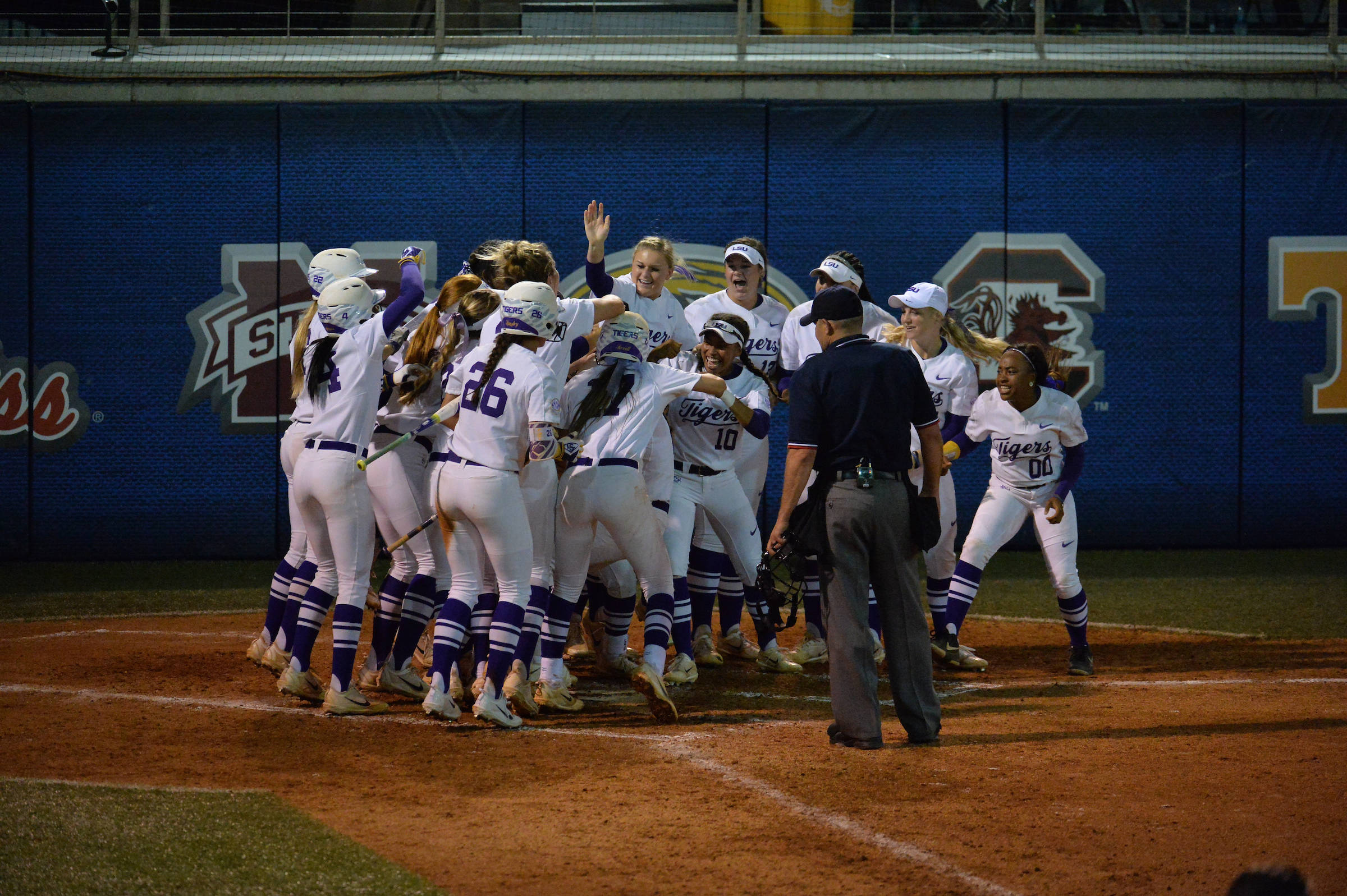 KNOXVILLE, Tenn. – A two-run home run from Sydney Springfield and a grand slam from Sahvanna Jaquish would prove to be crucial as the No. 21 LSU Tigers would need to weather a three-run top of the seventh by the Missouri Tigers in a 6-5 win to open the 2017 SEC Softball Tournament Wednesday in Knoxville.

LSU’s (39-17) two leading home run hitters on the season came through for the team in a big way, as Springfield belted her ninth of the year to give LSU the lead, and after Missouri (29-26) tied the game in the top of the fourth, Jaquish would pull within one of the freshman again with her eighth of the season to push the lead to four for LSU in the bottom of the fourth. Coincidentally, Springfield and Jaquish account for LSU’s two grand slams this season.

The duo combined for two of LSU’s five hits in the win and all six runs scored for the Tigers in the game, and each one would be valuable as Missouri nearly pushed the game to the bottom of the seventh as they scored three runs on four hits in the top half of the final frame to put pressure on LSU to close the door. However, a base running error by Missouri would doom the visitors, proving to be the second out and leaving just one runner on base instead of two. Missouri would earn another hit, but instead of tying the game it left LSU with a chance to close, which they did on the next batter.

Allie Walljasper (2) started the game and wound up earning the save in the end as she pitched the first three innings, allowing two runs on six hits with two walks and two strikeouts before coming back in to get the final out in the seventh. Sydney Smith (11-6) earned the win, coming on in relief and nearly closed out the game unblemished until the seventh when Missouri nearly earned the comeback, striking out one and walking one in 3.2 innings.

Cheyenne Baxter (16-9) suffered the loss for Missouri, allowing all six runs on five hits with four walks and two strikeouts in 3.2 innings, giving way to Madi Norman who pitched the final 2.1 innings giving up a walk and striking out one. Cayla Kessinger, Braxton Burnside and Kolby Romain combined for six of Missouri’s 10 hits, with Natalie Fleming driving in two on one hit.

After Missouri came back to tie the game in the top of the fourth inning, Jaquish hit a no-doubter to center with the bases loaded for the grand slam to put LSU back on top 6-2. With two outs on the board, a walk to Amber Serrett, Aliyah Andrews and Emily Griggs loaded the bases, setting the table for Jaquish who belted a 2-1 pitch over the fence. The runs would prove to be enough for the team as Missouri would score three runs in the top of the seventh and nearly cap a comeback before LSU was able to shut the door and earn the win.

LSU advances to the quarterfinals, where it will take on fourth-seeded and tournament host Tennessee at 6:30 p.m. CT at Sherri Parker Lee Stadium in Knoxville