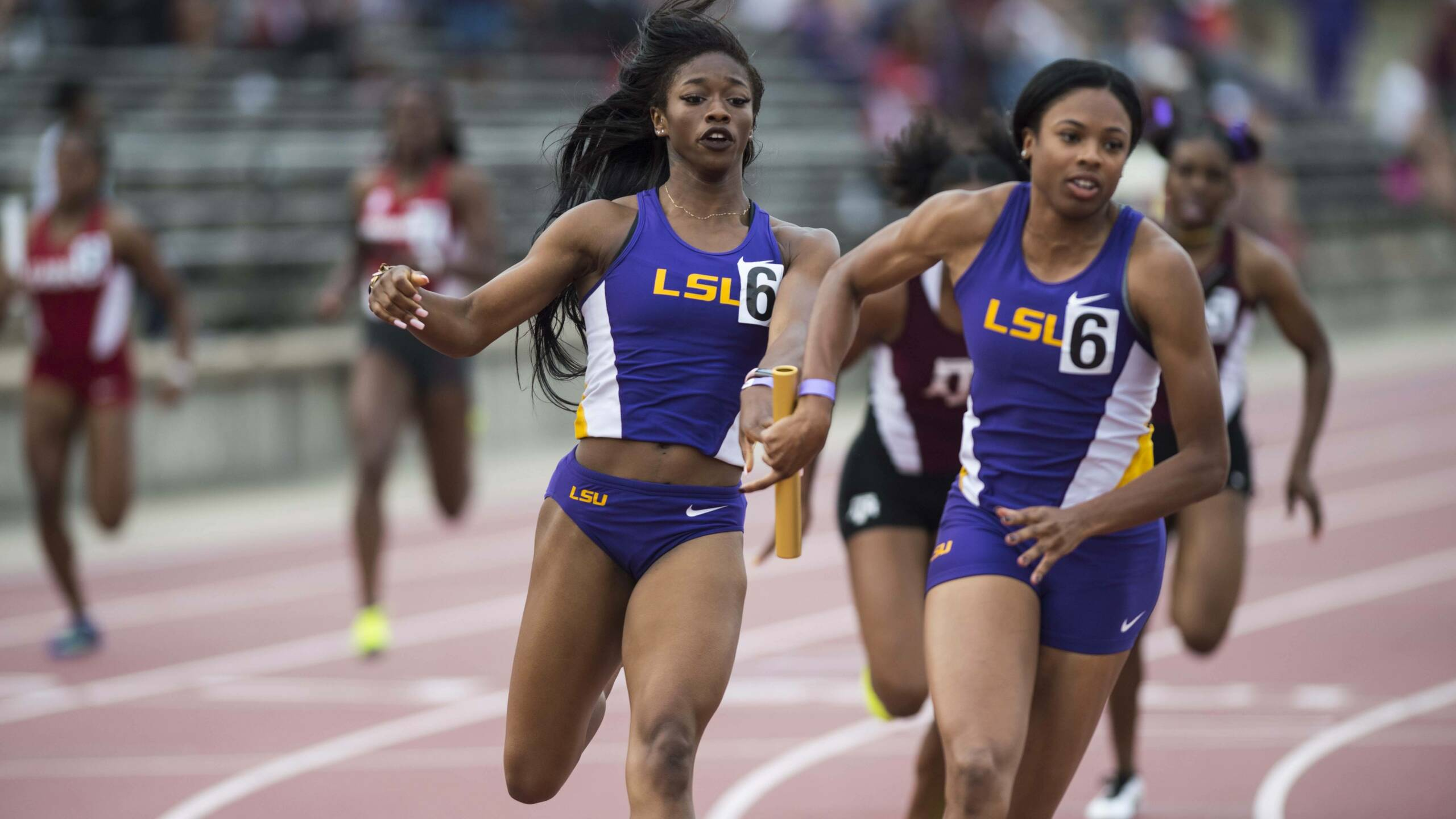 COLUMBIA, S.C. – Following Wednesday’s training day at Weems Baskin Track, the LSU Track & Field teams are ready to open their championship season this weekend as they join their Southeastern Conference rivals at the 2017 SEC Outdoor Track & Field Championships beginning Thursday at the University of South Carolina.

The three-day SEC Championship kicks off on Thursday with the men’s decathlon at 9:15 a.m. CT followed by the start of the women’s heptathlon at 9:30 a.m. The opening day of the competition also features the start of the first field-event finals of the meet with the men’s hammer throw at Noon followed by the first preliminary races on the track at 5 p.m.

This year’s SEC Outdoor Championship will conclude with a furious afternoon of competition at Weems Baskin Track on Saturday as events get underway at 10 a.m. in the field and 2:15 p.m. on the track. It runs through the 4×400-meter relays at 5:50 p.m. with this year’s SEC men’s and women’s team champions being crowned in a special award’s ceremony immediately following.

Live streaming video of the SEC Outdoor Track & Field Championships is available online at ESPN3.com and through the SEC Network+ on the WatchESPN app on Friday from 5:25-9:15 p.m. CT and Saturday from 2:10-6 p.m. as fans can watch their Tigers and Lady Tigers in action this weekend. ESPN2 will also air a two-hour tape-delay highlight show of the championship on Wednesday, May 17, from 7-9 p.m.

The University of South Carolina in conjunction with Prime Time Timing will provide live results for the SEC Outdoor Championships as events are available at http://pttiming.com. Fans can also receive live updates and behind-the-scenes coverage of the Tigers and Lady Tigers while liking LSU Track & Field on Facebook at http://facebook.com/lsutrackfield and by following @LSUTrackField on Twitter at http://twitter.com/lsutrackfield and Instagram at http://instagram.com/lsutrackfield.

SEC in the National Rankings

The Lady Tigers are the No. 4-ranked women’s team nationwide as they trail only No. 1 Texas A&M, No. 2 Oregon and No. 3 Southern California in the latest USTFCCCA Top 25 power rankings. In fact, the SEC features a total of seven top-10 and 11 top-25 teams nationally as No. 5 Arkansas, No. 6 Kentucky, No. 7 Georgia, No. 8 Florida, No. 10 Alabama, No. 13 Auburn,  No. 16 Ole Miss, No. 22 Tennessee and No. 25 South Carolina will be featured at the SEC Championships over the next three days.

Last Year at the SEC Championships

Sam Bailey Track was the site of one of the all-time great performances by an LSU athlete in the history of the SEC Outdoor Track & Field Championships when Nethaneel Mitchell-Blake captured three event titles with his performance en route to winning the SEC Commissioners Trophy as the top point scorer in the meet. Mitchell-Blake swept spring titles in the 100 meters (10.16) and 200 meters (19.95) after anchoring LSU to victory in the 4×100-meter relay with a meet-record time of 38.33 seconds.

Mitchell-Blake, who was the first Tiger to win three events at the SEC Outdoor Championships since three-time Olympic medalist Richard Thompson in 2008, looks to defend his league treble as one of the SEC’s leading performers again this spring. He ranks No. 2 in the 200 meters (20.15) and No. 6 in the 100 meters (10.16), while the Tigers own the NCAA’s fastest time this season at 38.57 in the sprint relay.

The Tigers are also the defending SEC Champions in the 4×400-meter relay as seniors Michael Cherry and LaMar Bruton return from the team that won with another meet-record time of 3 minutes, 0.48 seconds.

The Lady Tigers are the defending champions in the women’s 4×100-meter relay as their team of junior Mikiah Brisco, sophomore Kortnei Johnson, senior Jada Martin and junior Aleia Hobbs enters the meet at the top of the SEC and NCAA rankings with a collegiate-record-tying 42.12 run at the SEC Relays two weeks ago. LSU won the women’s relay a year ago with a time of 42.77.

LSU arrives in South Carolina with a host of SEC-title contenders and All-SEC hopefuls on both the men’s and women’s sides with five SEC event leaders and 11 athletes and relay teams ranking among the current Top 3 in their respective events heading into the weekend.

Hobbs will line up at Weems Baskin Track as the NCAA leader in the women’s 100-meter dash this outdoor season following her efforts at the SEC Relays two weeks ago. That’s where she ran the second-fastest time in collegiate history with a wind-legal personal best of 10.85 (+2.0) to eclipse Oregon’s Deajah Stevens (11.00) for the NCAA lead in the event. Hobbs’s 10.85 is the fastest time ever run at low altitude in NCAA history as only the recognized collegiate record of 10.78 by LSU’s own Dawn Sowell at the 1989 NCAA Championships at BYU separates Hobbs from the top of the NCAA’s all-time rankings.

Senior Rebekah Wales, the 2015 SEC Champion in the women’s javelin, leads the SEC and NCAA in the event this spring with a best of 188 feet, 0 inches, while junior Kymber Payne owns the SEC’s fastest time this year in the 400-meter hurdles with a best of 56.12 in 2017. Payne’s personal best also ranks No. 4 nationally entering the championship season.

In addition, senior Travia Jones is sure to contend for All-SEC honors in the women’s 400-meter dash for the first time in her career as she ranks third with a personal-best time of 52.25 in the event this season.